Are these morons able to speak the other 148 other languages–fluently? Should we give them blindfolds and let them slap each-other around like Helen Keller?  I believe that the DEMS should stop being hypocrites. And since they are hell bent on; no law, no god, no country, no borders– we should make them live how THEY want it to be.  All Senators and Congressmen that don’t want English, should not be allowed to speak it.  All Senators and Congressmen that are against borders closed, should be DEMANDED to live on the border…& … they voted to give illegal aliens Social Security benefits.

The following senators voted against making English the official language of America:

I have 3 Wisdom teeth that are going to be executed @ 1100 today.  So, I have to go get ready to be sedated. I have chosen to be sedated because the pain is too much to bear, in more ways than one; First, I will miss my teeth badly. This is a SAD day for me. 2nd, I just can’t handle seeing the dentists needle. So, CAIO, Au Voir! Buh Bye.. BYE TEETH!!

From the desk of “JWN” (Hadassah)  -This is lower than low.  This is what these DEMO-animals use to shut people the hell up and focus on BOGUS, phoney ‘racist’ charges. So, shut the hell up Shakedown Shirley Sherrod and Media Matters for America, you are SOOOOOOOOOOO doomed.  We told you all there is no ‘racism’ from ‘evil’ whitey. Most white Americans dont give a shit what the hell race you are.  Races, religions, etc are NOT exempt from being scrutinized and criticized. INCLUDING our own people here on this blog.

The former chairman of the U.S. Commission on Civil Rights, Clinton appointee Mary Francis Berry, casually admitted  in a recent interview with Politico that Democrats are knowingly falsely accusing the Tea Party movement of racism…to avoid talking about their own disastrous policies.

Tainting the tea party movement with the charge of racism is proving to be an effective strategy for Democrats. There is no evidence that tea party adherents are any more racist than other Republicans, and indeed many other Americans. But getting them to spend their time purging their ranks and having candidates distance themselves should help Democrats win in November. Having one’s opponent rebut charges of racism is far better than discussing joblessness.

Again, this is what you have to do when you cannot compete on a level playing field and stand for nothing other than Democrat power.

Fortunately for the rest of us, however, liberals also tend to have trouble remembering that the cameras are still on.

This is what ‘oppression‘ looks like.. The “Kill Whitey T-shirt”

Buy yourself one of these, and show the world, you dumb, white leftists, that you are willing to commit suicide for these lovely creatures, the Black Panthers, black supremacists….. Prez Hussein O., wants America to have a convo about race… Why not talk about this: ‘The black Israelites’, the segregated black colleges etc?? Eh, Prez? How ‘evil’ whitey has NO ACLU, NAACP, ADL, etc.

ITS NOT RACISM WHEN HE DOES IT.

I really am tired of it all. Everyday, it is a left wing insanity attack on Americans. Last night, I had to hear how a jackass ‘judge’ ruled in favor OF illegal occupiers against Americans in my state, AZ.  I really believe these Marxist, nothingness, jerk-offs should go live in a border town or Salinas, CA.  Or hell, pick the sanctuary city of your choice.

It is totally unbelievable to me that we could actually have a president that would sue a state that is trying to protect themselves from illegal occupiers that are murderers, terrorists, rapists, robbers, etc. And, then to top it off, other states boycotting which is against the law. A president that can actually side with a FOREIGN nation against my state.  This is totally incomprehensible to me.  Even other countries have not gone this far down.

We are a nation without law now. Soon we will have to have a militia keep law. I believe that times are going to get so bad, that there will be no more money to pay for law enforcement. I also believe that AZ should secede from the union; this federal govt. does not want to PROTECT Americans. Never before have I seen such a callous disdain for fellow countrymen, in general.

When the elections happen in 2012, I am worried as well. The GOP is not a party of oppostion, it is just a cowardly party, except 2 or 3 people.  What also bothers me, is that we are in a huge mess, enemies within, enemies outside that are dangerous, and the GOP wants to run Palin.  If it were Brewer, I would be with them, but as of right now, I am not endorsing Palin.  We need a godly MAN that knows how to handle the attacks of the left wing.  I dont see it—anywhere.

This is depressing me, everyday. I am burnt from the assault of the Chris Matthews types of the world, the Bob Beckels, calling Breitbart a bigot, Matthews calling a man that wants law enforced a ‘right wing nut.’  IMO, people like this, should be hung.

I don’t know what more to say, except, MEN, where the hell are you?

This is John Lennons Song “Imagine”  -And I have to say, that it is people like him who live in some pretend world, that act like a Marxist, made- up utopia even exists. Dumb idiot.  While recording this song, I hated singing it, but now the song should reach the NYers that have to put up with this Islam wanting to take seige over NYC.  A world without Islam and left wing Communism would be great.  At any rate, the next song will be something that has to do with the US Govt and left wing excrement, unholy, unrighteous, trash. 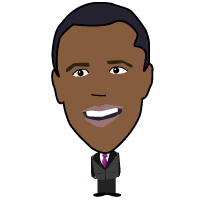 I get very tired of every little thing that an American stands for or against, being called ‘hateful & racist’. You must all know now, that they are bogus claims of nothingness meant to destroy and demand your submission to this Marxist hell hole.  Just a question to the liberal assholes;  Just what the hell would you morons do if this was a WHITE PRESIDENT that did this for white colleges? First of all, there are NO “All white colleges”  -you bastards would foam at the mouth if there was one. YOU are the racists, YOU are the haters.