I know many really stupid women that LOVE Hillary.  Even CONservative women, no shit.

We can thank Sarah Palin for her heads up to the O campaign of death. She suggested that Obama should run with Hitlery.. Palin has lost her mind and underestimated the stupidity of dumb women in large groups.  She may have just handed Obama the election: Obama replacing Biden with Hillary?  I have not ever cared for Palin. Sorry guys.

If Palin weighed 300 lbs, nobody would listen to a thing she says.  Thats the facts.

Any little respect I had for Palin went out the door last night and reaffirmed that the GOP is a total DEM enabler.

They are going to stick with Joey Biden.  I bet Joe has a heart attack out of no where. 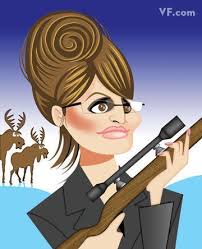 2 thoughts on “*DESPERATE* The Obama Campaign SUCKS So Bad, They May Just Add Hillary As VP”