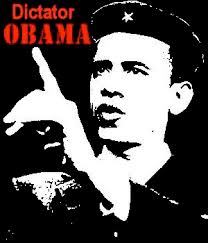 First off, I want to say… If the government puts boots on the grounds in other lands and drones without mercy in the middle of hells-half acres, (without congressional approval, time and time again) why would you think they are out to protect you?

Recently, I have come to the conclusion that even many big name ‘conservative’ news sites are not going to ask questions about certain scanarios like Sandy Hook (the acting scandal) Or the deaths of John Noveske and Keith Ratliff. (Both were big gunners who sold guns and trained people to use them, safely)  They were murdered. End of story!  Look them up.  Nobody is questioning it. Nobody.  I have enclosed this article:  Prominent Rifleman murdered by Obama’s gun-grabbers. 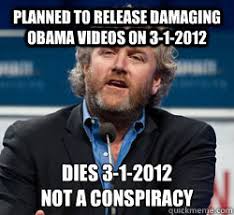 I don’t believe Breitbart just ‘died’ either. He was murdered.  As was his coroner and another key-eye witness to his ‘heart-attack’.    HE WAS MURDERED!  They killed Breitbart,  because 1. Either he had Obama’s pamphlet from 1991 where Obama admits he is born in Kenya. Or 2. Because he ate with Ayers and Dohrn and they slipped him slow acting poison that strains an already weak heart.

Sheriff Larry Dever just ‘died’ mysteriously in a car wreck last year.  He was standing up to the dictator/tyrant, Obama.  Then, poof, he is gone.

The Tucson Sentinel reports that an unidentified driver was actually following Sheriff Dever on the lonely Forest Service road, but lost sight of his 2008 Chevrolet pickup for a brief period.

These are GREAT men that were murdered-nobody cares. It breaks my heart. Look at the face of this wonderful sheriff. You can see that he was an excellent man.  I am sick about all of this murder.   Since this administration is killing it’s enemies off, I have decided to look into alternate websites now for my news because we need the truth.  Gateway Pundit is fluff, Drudge is fluff, Savage is fluff.  These and many others are all fluff websites not addressing this dictatorship, whatsoever.

I will also read & pick through the so-called ‘conspiracy’ websites, because one thing I can count on from them is the fact that they are willing to go out on a limb to find the truth, even if they are wrong. So? They are wrong here and there.  They care for us peasants, while these big websites do not.  {I will do what I can to get at the truth. If I have posted something wrong, I always have the men (also combat vets) from “The Muslim Question” to help me/us out. Or direct us in the right way. They have corrected us before.}

The MSM (FOX as well) made not ONE question about that fake acting scandal in Sandy Hook. You all know it was a damned HOAX.  Come on, already.

It’s Past Time To Stop Thinking Everything Is A “Conspiracy” Or A “Coincidence”, Govt Is Now A Dictatorship, Hell-Bent On Murder.

20 thoughts on “It’s Time To Stop Thinking Everything Is A “Conspiracy” Or A “Coincidence”, Govt Is Now A Dictatorship, Hell-Bent On Murder”