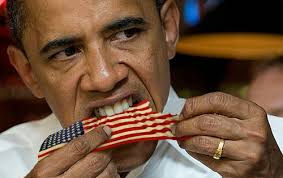 It is ‘rumored’ that this is a rumor.  However, CNN reported this: CNN: Army- Hot breakfasts in Afghanistan cut due to logistics, not budget Hat Tip, QV.   Some Vet/combat men are saying that the soldiers have grown vaginas.  BUT-Isn’t it hot in Afghanistan? Don’t men need to eat?  Why not cut back food-stamps here at home? Obama-phones?  Why not cut social workers?  Hmm?  What do they do? Nothing but indoctrinate idiots to collect more money and food from the US taxpayer.

So, why would Obama cut the soldiers off from breakfast?  Didn’t the bastard have a 3,000 calorie dinner at his majesty’s coronation?  Why cut them off from food? Especially in the morning? He will have to feed these WHITE soldiers. He is just going to send them to WW3 in our name.  What a sonofab*tch.

As originally reported on the congressional website of Republican Rep. Bruce Braley of Iowa (IA-01), the U.S. Army has stopped serving breakfast to American troops serving on 17 bases in Afghanistan.  The measure, which will be extended further beginning this weekend, is one of the earliest stages in the U.S. military pull-out from Afghanistan.

14 thoughts on “CNN: Obama’s US Army Has Stopped Serving Breakfast To Our Soldiers In Afghanistan? Due To Logistics?”