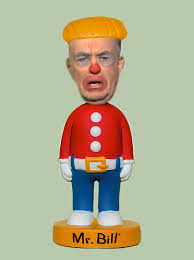 O’Reilly, last night – was bitchin’ about Putin’s anti-militant homosexual laws in Russia.  #1. It’s none of our business what laws they have.   #2. Putin does not want militant homosexuals depraving his society.   Russia has already ‘been there, done that’ with Communism, propaganda and depravity.  Homosexuals in Russia live just fine.  NO leftist, pro-homosexual propaganda is allowed.   You know what the deal is with O’Reilly?  He’s just jealous of Putin.  He is.  Because here is the bottom line with Russia:  It’s an ‘up n comer’ in nation status while the USA is in freefall.  Thanks to fruitcakes like O’Reilly who enable this bottom feeder, 3rd world craphole we’re becoming with his love for illegal aliens and militant homosexuals.

Here is my 2 cents re. O’Reilly’s gasbaggery:

Here is another funny by a blog buddy:  iowntheworld