I mixed this piece the other day.

I remember this song below in the 1990’s? Maybe early 2000’s… It was even bad back then.  Everywhere I looked in the town I lived in–there were gangs & dangerous looking youth that donned faces intent with murder.. Drive-by shootings. Violence everywhere.  I remember hearing this song and it just went thru me.  It seemed there was no way out of the insanity I lived in….a town in America.  See, its been bad for a long time.  The fact many think it only started ‘after Obama‘ is just a person living under a rock.

I am now blessed enough to live high in the hills.  But, I can feel the spirits of mayhem and violence.  Chaos and confusion.  Its rampant now, worse than ever.  We all have to really draw strength from the Lord and bigly.

So, call on God if it gets too bad. Ask him to cover you with his holy Angels.

Psalms 91 – 11 For he shall give his angels charge over thee, to keep thee in all thy ways.

12 They shall bear thee up in their hands, lest thou dash thy foot against a stone.

Edward Umling: “America NO Longer A Voice To The Nations” & A “Catastrophic Event Below Montana”

Mr. Umling says that America is no longer a voice to the nations:

He also believes that an event will happen below Montana.  A ‘line of demarcation’:

What in the hell is wrong with people–looking for the destruction of countries?  How evil can you be?!

Perfect scripture for us Americans-

Isaiah 59:8:   “The way of peace they know not; and there is no judgment in their goings: they have made them crooked paths: whosoever goeth therein shall not know peace.”

Prophetic Dream I Had About Black Conservative/Christians:

People should not be murdered for supporting their choice of leader.

“And afterward, I will pour out my Spirit on all people. Your sons and daughters will prophesy, your old men will dream dreams, your young men will see visions.  Joel 2:28

God took me to a very nice neighborhood and in this neighborhood were black Christians/Conservatives.  I saw 2 of them.  They were planting flowers and working in their garden.  It seemed that they lived on a beach.

As they were working, a wave started forming.  As the wave was forming, black wolves were in the wave.  These wolves started attacking black Conservative Christians.

I believe that because black Conservatives are a minority in a minority like the Jewish people are that we need to look out for them and be concerned for their well being.    Also, black Conservatives:  TAKE CAUTION.  If you get a bad feeling/unction in your spirit about ‘speaking out’, don’t do it.  It’s God’s spirit trying to spare your life and/or pain.

God put it on my heart to change some things on this site.  Because the situation is so bad.

WARNING FROM THE LORD TO EVERY CHRISTIAN: “DO YOU HAVE EARS TO HEAR? THE END OF AMERICA IS NEAR!”

Mr. Serritella’s thoughts for the day.  Frank says that in 60 days, basically ‘all hell is going to break loose’.   He says that 4 televangelists are going to be dealt with by God, (I HOPE SO, PLEASE!!)

At any rate, please listen and apply  what your spirit tells you to apply:

ON JULY 22, AT 3:09 AM THE WORD OF THE LORD CAME TO ME AND SAID…..”GO TELL THIS PEOPLE: THEY KEEP ON HEARING, BUT, THEY DO NOT UNDERSTAND. THEY KEEP ON SEEING, BUT, THEY DO NOT PERCIEVE. THE HEART OF THESE PEOPLE HAS GROW FAT, CALLUSED AND HARD OF HEARING……” PLEASE HEAR WHAT THE LORD IS SAYING TO EVERY CHRISTIAN. ARE YOU PREPARED FOR THE UNLEASHING OF THE VENGEANCE OF AN ANGRY GOD? –

The Governors just had to kill the economy. I wonder how much each Gov was paid to do this to the American people.  Closing down a nation is beyond all comprehension to me.  Who ever heard of such a thing.  It was done purposefully.  That’s how I feel.  And, now there are people hungry, waiting in lines for food and totally destitute.  Try to help someone.  We are.

Once the venue for massive shows featuring everything from wrestling to rodeos, nowadays the Cow Palace in Daly City plays host to one of the largest food bank sites for the San Francisco-Marin Food Bank. Some 1,200 to 1,500 residents from San Francisco and San Mateo County lineup every Friday from 9 a.m. to 1 p.m.

Hundreds line up for food in New Orleans as coronavirus continues its economic toll:

This is in New Orleans.

This is in Wisconsin: At WIZ News

Help people if you are able.

1950’s Short Reel About Communism. One Can See This Is USA, now: 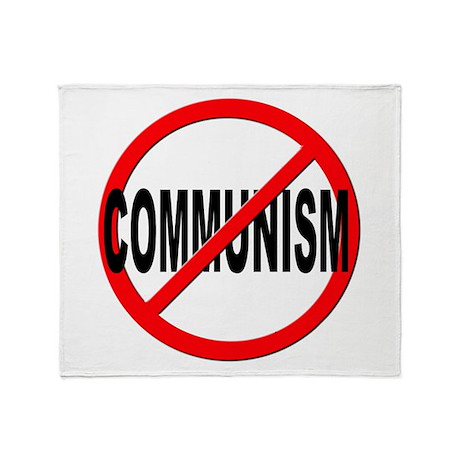 Big Conservative personalities never name the enemy spirit, “Communism”.  They call it anything but.  To defeat an enemy, one must NAME the enemy.  They don’t which is why America is lost.  Dont blame the Commie-Libs.  Blame the weak, cowardly “Conservatives”.      Their cowardice has enabled our destruction.  Those who were not afraid to name the enemy were shoved into nothing blogs, bitchute, gab, parler etc.  Thanks a lot you weak, pathetic jerks.

This is exactly whats going on today pic.twitter.com/T3nffdR6Sh