Christian Prophet, John Johnson Warned Of Russia/Chinese Invasion Of USA In The 80’s:

I bear NO ill will toward Russia OR China.  None.  I realize and understand the murderous, military industrial complex.   Even if they do invade, I will still not hate them.   I hate my Government, it’s corrupt and disgusting.    I know that Russia will probably not allow another deep state Prez to win the election.  They are sick of cleaning up American-led disasters. And, America arming ISIS, Al Qaeda and more.  Not to mention: How The CIA Made Afghanistan Safe For The Opium Trade 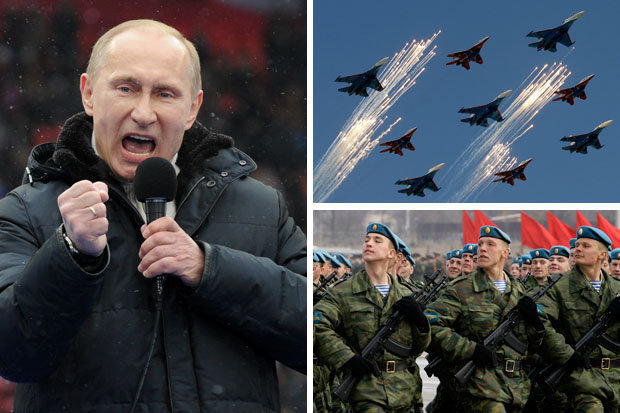 After we were attacked, The Spirit of the Lord Elohim/God showed me Rev. 17-19 and I believed what God showed me–simple as that.  It was easy for me to see when I #1. read the passage:  ‘the whore who sits on many waters‘ because there is no other statue, figure, or person that sits in  bodies of waters as the statue of Liberty does: 5 bodies of water – (partial Jamaica Bay), Atlantic Ocean, East River, Hudson River and NY Harbor or NY Bay.    #2 The earth ‘traded’ with her (the whole of Babylon), ie: Wall Street.  This is simple for people with a discerning eye to see.  Yep, Im a Jewess and I believe the words in the New Testament.

Here is Mr. John Johnson, a prophetic person of God who saw Russia and Chinese invasion in the 1980’s:

God has been warning America for decades that the days we are seeing were on the horizon.  There is no going back to ‘the norm’.  We will not be returning to “American norm”.   In order to get through the future here, one must prepare for it.  Get used to no normal because life will not be normal again.

It seemed natural to me that God was pissed off, too. Lol.

1 thought on “Christian Prophet, John Johnson Warned Of Russia/Chinese Invasion Of USA In The 80’s:”