Oh, yes, we should add another $1.40 a gallon gas tax to our already outrageous gas prices .. to support “social programs” around the world; they have worked so well here in the U.S. Are these people crazy? Why do I ask? This is, of course, more Agenda 21 crap designed to break our addiction to motor vehicles.

Contributed by GoldBugGal:
`
I wonder .. can Judge Roy Moore be bought and paid for .. or threatened into dropping this? Following the article is an interesting video showing evidence of Obama’s birth in Kenya. The Kenyan Parliament was thrilled at Obama’s election, because “the world would be a more peaceful place” .. and it would be the end of ‘unilateralism.’ Yeah, right!
`
Click here
`
0.000000 0.000000

Could this have been why we suffered Benghazi?

This is what the NWO power freaks and U.S. “foreign policy/entanglements” bring to the world.  Ron Paul is right .. we have no right to do this .. and they don’t plan to stop.

Here is the link for this story.  View photos with discretion as one of the photos is actually from Syria.
`

Checkpoints have been popping up quite frequently in the USA.  As you see in this video, you DO NOT have to comply with their question’s or demands. Don’t forget, you have rights.

Liberals are nuts!!  “Anti-racism?”  What the hell is that?

(I have posted this under GoldBugGal, because she has been the one that is faithful to report this to you. If it were not for GoldBugGal, We all would not know this information)     This story gets curiouser and curiouser.  GoldBugGal has reported on this for us and asked many questions about what happened at Sandy Hook.  I personally- do not know what happened.  I know what the MSM reported. I also know they are in NAZI, gun-grabbing, Obama’s pocket…I know the videos I have seen that have shown events that have happened are un-explainable when one compares them to footage that truth-seeking people have uploaded.

I do, however say: this is treason.

What we can explain is there is a conspiracy.  The conspiracy is not the ‘conspiracy theory’. The real conspiracy, is the gun-grab, hours after Sandy Hook.

Laura Phelps is an actress: Here is the google/search link for the website called “Expressing Motherhood” where Laura Phelps performed. “Expressing Motherhood” posted “”How fragile we are”.  I didn’t directly link this website because these people should not be bothered.  But, what are the chances that Phelps is just an actress and happens to be one of the mothers of the ‘victims’ of Sandy Hook?  Come on, already.

Please read this at my friends website: More evidence that Sandy Hook parent Laura Phelps could be actress Jennifer Sexton?

What would Robbie Parker Say? 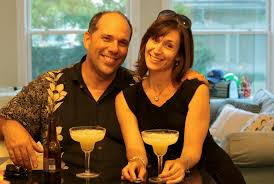 Like Loading...
Contributed By GoldBugGal
`
Okay, the shooting took place on December 14, 2012 .. check out the dates here, and when they tried to cover their mistake, they changed the date from December 10 to December 13 … these people are evil and not very bright.
`

It is long, but it is America under Obama: