Proud to be an AmeriKan?

Met the son of an Amerikaner over Xmas. He has a degree, but is jobless. He is part of the entitlement parasite dregs of American society. A student loan that he now begs his father who fled the condemned Continent to help pay. He voted for 0bama. So I told him to apply to the WH for a job. He would get his ‘hopey changey’ realized. He glared at me and said I didn’t understand that 0bama is trying to ‘fix’ the nation’s problems caused by Bush. Eh?

I told him In the midterm elections of George W. Bush’s second term, held in Nov. 2006, Americans voted for Democrat majorities in both the House and Senate, led by Nancy Pelosi and Harry Reid respectively. On that day, the Total Outstanding Public Debt was $8.6 Trillion.

TODAY the Debt is nearly $16.4 Trillion … and 38% of then likely voters thought the country was heading in the “right direction.” Was he one of them, I asked.
In the month of November- 334 Billion dollars … while taking in only $162 billion. And this happens month after month, year after year.

Oh, the new graduate did not know! He majored in some ‘liberal’ humanistic studies!!!!!! I told him any IDIOT could go to the Internet and research 0bama and get tons of info about him being a cocaine addict, a terrorist who spent time in Pakistan, a communist, a parasite who has never worked in his life but was entrusted with the nation’s fiscal well-being by being elected into the highest office, who spends more time on the golf course than in the Oval office, and whose draconian laws of terror are in place to control Amerikaners. And I told him the hardest hit would be guys like him. He sat there, dumbfounded, almost in tears! And he’s 23!! Jeez. And America’s future rests on dumb ones like him.

With NO approval from the US congress, Obama has sent boots to Syria

RT reports the Perrenial of Evil Satan America has sent its boots as US troops arrive near Syrian shore on USS Eisenhower:  here

The US is now ready to launch such action “within days” if Syrian President Bashar al-Assad decides to use chemical weapons against the opposition, the Times reports. Not the LIES floating around that Assad would use those weapons against his own people.
The United States now stands ready for direct military intervention in the Syrian conflict when the weather permits,” the news source wrote.

A careful analysis of investment patterns, oil, arms, shipping, minerals, pharmaceutical, defense and others, beginning with 2001, indicate a pattern of advanced knowledge and even manipulation of historical events. We know that.

Since the Korean Wars, we have seen EVIL US/West initiate wars to chase Resources and Enslave people of the world. Fortunately, God broke their Will & their Pride and the US has NEVER won a single war. Not even against slippered Afghan!!

Read the Sickening News of Satan’s Evil — represented by America. Watch for a False Flag by the US as an excuse to bomb Syria like they did Libya. And get ready for Thermonuclear War.

-The facts and opinion from a foreigners point of view, trying to wake up Amerikaners.

And for what Jew/Israel hating Amerikaners did to Israel, God rewarded the nation with a Muslim Caligula.

o TSA (useful Perverts/Paedophiles) are freely allowed to grope seniors, children, handicapped, and yet some Muslim in a Burqa whizzes right though without even someone looking twice at them.

1. Abolition of private property and the application of all rent to public purpose.

* – Do you TRULY own your land where we live?
2. A heavy progressive or graduated income tax.

* – Law was recently passed that if you owe the IRS over $50K your passport will be revoked. You are not allowed to leave the country.
3. Abolition of all rights of inheritance.
* – Two words – Death Tax
4. Confiscation of the property of all emigrants and rebels.
* – Government seizures, tax liens
5. Centralization of credit in the hands of the State, by means of a national bank with state capital and an exclusive monopoly.

* – Your banking system is being taken over by the Federal Reserve. Daily banks fail and are scooped up by the gov.
6. Centralization of the means of communication and transportation in the hands of the State.
* – Main Stream Media has been infiltrated by “progressive Whores (aka Communists), Internet is being constantly attacked by the powers that be to “censor” it. 0bama signed HR 347 in secret thus making it law. This new law allows ‘No Free Speech” Zones wherever the Secret Service says so. No freedom to really report, no protests to disagree, no more Free Speech.

8. Equal liability of all to labour. Establishment of Industrial armies, especially for agriculture.
* – The National debt and inflation, assorted Socialist Unions, affirmative action, the need for a two “income” family and still not making the bills.

9. Combination of agriculture with manufacturing industries; gradual abolition of the distinction between town and country by a more equable distribution of the population over the country.
* – Super Corporate Farms, the death of the small farmer, Monsanto and GMO seeds, over production of the land. 2 million Americans have Died eating GMO foods. More will die from now on. Enjoy! You asked for it!

10. Free education for all children in government schools. Abolition of children’s factory labor in its present form. Combination of education with industrial production.
* – Nothing is free. People are being taxed to support what we call ‘public’ schools, which indoctrinate the young to a globalist / socialist /communist mentality .
Enjoy!

God is still in Command! ….As you do to Israel, so shall it be done to you.

Beyond unconscionable. This is High Treason…from the 0bama Barbaric Regime
From: Dave H
Subject: AC-130U Gunship was On-Scene in Benghazi, Obama Admin Refused to Let It Fire

If you don’t get torches-and-pitchforks irate about this, you are not an American:

The security officer had a laser on the target that was firing and repeatedly requested back-up support from a Specter gunship, which is commonly used by U.S. Special Operations forces to provide support to Special Operations teams on the ground involved in intense firefights.

David said:  I Accuse You Of Murder, Barack Hussein Obama!! He is right.

Revealing Politics went to the Ohio University campus to an Obama event on October 17th to find out what the President’s supporters thought about the September 11 Benghazi attacks. Turns out they didn’t think much, as most of the event attendees we interviewed had never even heard of it.

Ooooooh, finally, the Stinking Whore Hitlery ROTTEN Clinton gets thrown under the bus by her darling Muslim Mongrel Obama.

Ed Klein at the Daily Caller writes,
My sources tell me that Clinton is working on a strategy that will allow Hillary to avoid having Benghazi become a stain on her political fortunes should she decide to run for president in 2016.

Bill Clinton has even gone so far as to seek legal advice about Hillary’s liability in terms of cables and memos that might be subpoenaed by the House Oversight and Government Reform Committee, which this week launched an investigation into the deaths of Ambassador Chris Stevens and three other Americans. The committee will also examine the apparent Obama administration cover-up that followed the Benghazi attack.

`
Finally, I’m told that Bill is playing with various doomsday scenarios, up to and including the idea that Hillary should consider resigning over the issue if the Obama team tries to use her as a scapegoat. That seems unlikely to happen. But if relations between Obama’s White House and Hillary’s State Department rupture publicly over the growing Benghazi scandal, that could damage the Democratic ticket and dim Obama’s chances for re-election.
Barack Obama has taken some initiative to protect his Attorney General Eric Holder, though it is possibly because of his own involvement in Operation Fast and Furious. It’s quite possible that Clinton is the one that not only knew of the need for extra security for the Libyan ambassador, but that she made the decision to not provide it.

HAHAHA. We can sit back and say: She came, we saw, and now she’s given the boot. HAHAHAHA. 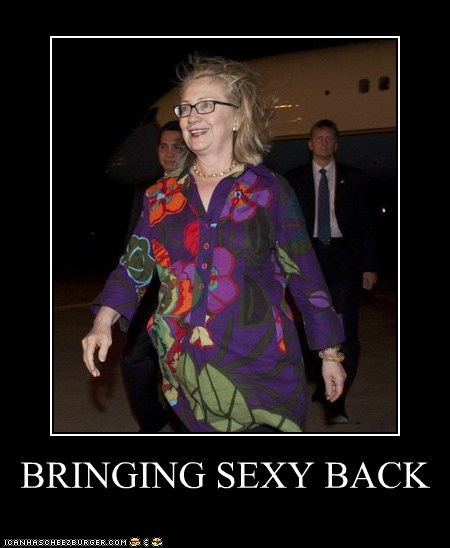 Amerikan whites hide under a bed while a Muslim negro rules and murders it’s people.

The testimony of the State Department’s former security man Libya. He “told a congressional hearing Wednesday that his superiors worked against him as he tried to get more help for the U.S. diplomatic mission in Benghazi in the months before it was overrun in a deadly terror attack.”

Eric Nordstrom, the one-time regional security officer, told the House Oversight Committee that he had a disheartening conversation with the regional director of the agency’s Bureau of Near Eastern Affairs when he requested additional manpower for the facility.

“I said, ‘Jim, you know what makes it most frustrating about this assignment? It’s not the hardships. It’s not the gunfire. It’s not the threats. It’s dealing and fighting against the people, programs, and personnel who are supposed to be supporting me,” Nordstrom said. He also told the State Department officer, “‘For me, the Taliban is on the inside of the building.”