As of this time Mitt Romney has yet to offer Barack Hussein Obama a concession call or speech.   Now tell me why should he?  Mitt Romney, an American, should not give any concession until Romney sees all of the Obama birth/passport records and microfilm birth records as Sheriff Joe demanded.   On top of that, a natural born citizen is one who has 2 American citizen parents.  Barack Sr. was never an American citizen.  If Obama was a citizen of Indonesia, as a dual citizen, he is again not allowed to hold the office of president.  Romney should do absolutely nothing except stand with the generals who have endorsed him.

I am re-posting this from a man by the name of “VTX”-one of Ulsterman’s posters, (below).   The Communist/Bolshevik/Marxist/Progressive establishment has demolished the country to the max. They have brought in foreigners that care nothing for the founders of this once great nation, freely gave away the sacred right to vote, exalted bad blacks, built up the drek of society and threw  Americans under the bus for their Commie-utopia shithole that will FAST become the gulags.

If Obama takes away this night, I will be saying adios this website and looking into moving to the ‘turning’ conservative country of Canada or whatever.  You dumbbells that fought the ‘birthers’ can have your mother f’cker ‘CIC’.  Sane people will exodus, I may just be one of them.

Until it all comes to pass: I pray that AmeriKanistan will receive the much needed wrath of the almighty. More Sandy’s, tornadoes and hopefully, for the survival of the world against the Muslim; I pray Putin bombs AmeriKa into oblivion.  Ya all asked for it. (Of course I dont mean sane people)

Are you still going to vote Obama, self hating White people in NYC??   What if this was Bush and 4 days had passed??

Be prepared should the foreign usurper win.  Either way, the country is finished because of the demographics.  You can thank the left wing that our country is a cesspool of 3rd world dummies.  Eventually, even AZ will be a ‘toss up’ state as more cucarachas take over Phoenix and Tuscon.

Be prepared to have the dictator and Jarrett punishing all of us with Muslim-style head-choppings.

Like Loading...
This site does not endorse presidential candidates. We feel that anyone but Obama is necessary.
`
Entered by David Ben Moshe 10/12/2012  1:03 PM PST:
See this poll here.
` 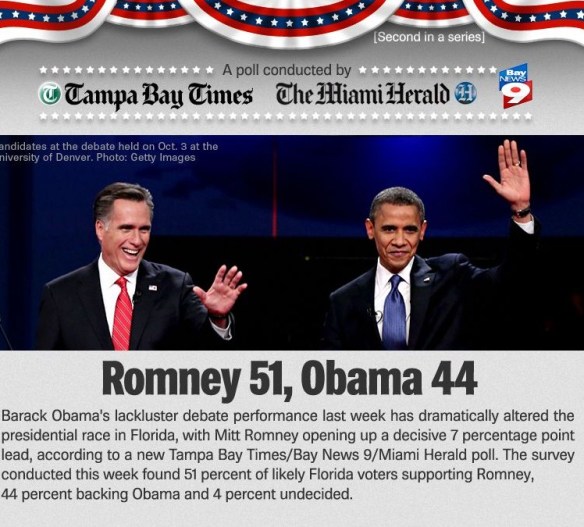 Well-That’s it for me.  I cant take a debate where the moderator allows a debater to be cut off, continuously. Ryan is a gent, Biden can’t stop foaming at the mouth.   I debate a lot.  In life and online in political forum and theater. This was the lousiest debate that ruled in favor of Biden and the Bolsheviks from the get-go.

Martha is friends with Obama and Biden.  Very unbalanced debate where Biden can’t keep his mouth from overloading his ass.

Are ya’ all watching this?  Martha, another feminazi, leftist bitch is giving laughing-Jackass-Joe Biden his leads in.  There must be something biased in this debate.  Something fishy. Can’t put my finger on it.. What could it be?

Ah…. Well, what have we here: ‘Morning Joe’: ABC News Should Have Disclosed Martha Raddatz Connection to Obama, ahead of the debate.

Meanwhile, laughing Joe is giggling like a rambling psychotic in the insane asylum.  The country is falling apart and Bite-me is cracking up.

Historically, this is what every nation does in a revolution against its populace:

Bill Clinton is a Commie. Period.

This is what I think:

We have NOT had a right-wing Prez since Reagan, and, in my opinion, Reagan was not right-wing enough for me.  Right wing is: No amnesty.  NO more liberal policies. NO taxes, possibly just the fair tax. NO aborted babies, (except in the case of liberals that want to hatch more traitors).  NO ‘gay’ marriage, EVER.  Social Security only for ages 68 (right now) and in 2 years, 70 years old. Deal with it. Many 60’s kids were vomitous, gasbag hippes, so, paybacks a bitch.  NO Govt. healthcare. Constitution ONLY and ALL laws that are Commie will be thrown in the ash-can. NO “DADT” in the military, NONE. NO homos, period.

The draft will be brought back, and the first to go will have to be Mexican/Marxist pigs, liberal moonbats whites, and black teens (also the illegals and slime in prison).  Teach the TRASH to have loyalty in the nation they are *NOT* indigenous to.

ALL of the borders will have a one mile wide by one mile deep pit with alligators to keep out the 3rd world scum.  ANY liberal caught trashing this country (it’s original nationalism) will be tried for treason and shot.  ALL troops home.  As Reagan said; The hell with the Muslims after the Marines barracks in Lebanon bombing.  We support Israel, but we cannot afford anything.  So, we support the state of Israel, morally.  NO FOREIGN AID to ANYONE.  TV will be monitored for anti American activities.  Movies from Hollywood will NOT put out trash that is Communist, EVER.

THAT is what right wing is, Bill Clinton, you stupid fool… So, STHUP about Romney, he is a liberal/moderate from Mass, and we ALL know it. Bill Clinton should LOVE Romney. Duh.