I dont like to repost this type of insanity, but this is just damned ridiculous.  This is the #1 reason I will not ‘pray for Obama’ except that God deliver us FROM Obama.

Still believe that there is no such thing as an anti christ?  Well, here is proof that Obama is probably some evil creature mentioned in the Bible many centuries ago.  Whats next, Jamie Foxx?  Taking the 666 because Hussein tells you to do so? 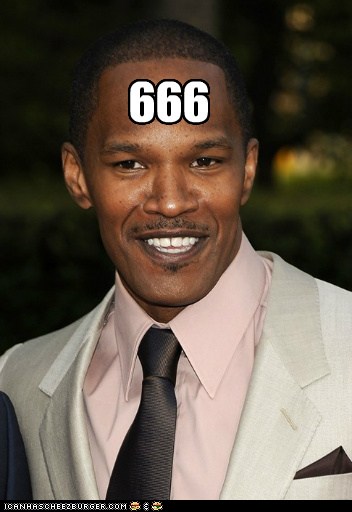 Does anyone remember all about Bill Richardsons “Obama is an IMMIGRANT remark?” The remark that was UNTOLD  by the MSM, Faux News, MSN, CNN, etc..?  Some of us DO have lonnnnnnnnnnnnnnnnnggggggggggggggggg memories.  See the link below….

Manhattan is infested with Communist shit that have screwed up the biggest, greatest city, not only in America, but the world.  Good, give it ALL to the Indians, my half blood-brothers. They can  give me the parts I DESERVED on Broadway now. They can build casinos right on G. Zero to stop the Muzzies.  Most Indians are serious American patriots.  They deserve it.  They are the ONLY people in America that deserve it, that are minority AND indigenous.

Yep…Gotta love Obamas giveaway..  I wonder how the NYC Libo-slime/Bolshevik pigs are going to take this…

HA HA HA…How do ‘ya like that hope and change now you gasbags?!   This will be FAB to see a bunch of Bolsheviks kicked out of their homes… All of this ‘tolerance and fairness’ crappola comin’ back to bite these m-fkers in the face.  Gotta luv O-bat-face for this one!

President believes nation can spare some sovereignty is the link.

﻿This song makes me weep my gutts out..You must know that this is totally ironic and sad. It is not that I am ‘happy’. I hate what these fkers have done.  So, the punishment that is coming is my only sanity at this point. NY used to be the best place I had ever been in.  Liberals, progressives (whatever the fuck ever they call themselves this week) have totally messed up NY and NYC.  I hope that all of my friends from NY LEAVE ASAP.  Judgement is coming.

Chalk one up for ‘Ol Obama, making enemies with China our CREDITOR.

Obama reminds me of when I was working in Collections as a young woman.  I would get debtors on the telephone, telling me they refused to pay the bill (I worked for the creditor) & these people not only refused to pay, they were uppity about it.  They knew the FDCPA laws as well as the FCC laws, and they would try to catch me, but I was well read and educated in Collections, I was a licensed Collector with the State of Minnesota.  I would warn them that their service would be taken, and then I would send a final demand (even to settle out the bill) Yet, still, they would refuse.

Then, the debtors day would come… no more service…they would call and say “HEY, I WANT MY SERVICES BACK!”  -I would say  “You have to pay the balance in full now, settlement is not acceptable”.  Then, they would rant “I WANT A PAYMENT PLAN!”  I would say  “The time has come and gone for that, balance is now due.”  The debtor would do one of the following #1. Go without the service or #2. Pay the bill.

This all comes down to one thing; We will become the slave, and China will be our Master.

WHAT IS AMERICA GOING TO DO?