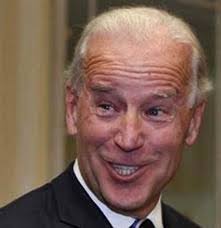 I’m SICK of these rat-bastards.  You have NO right to even open your mouth, Biden- you OLD gasbag.  I’ve never heard so much NAZI rhetoric from a VP in my whole entire life. SHUT UP.  WE PAY YOU.  WE F’N PAY YOU.  Who the hell made these SOBs the grand poobah?  Imagine if this was GWB?  I can’t stand these miserable pigs anymore. Someone…please, will ya clock Joe, already??

SHUT THE HOLE IN YOUR FACE, JOE

WHAT PART ABOUT THE 2ND AMENDMENT DO THE LEFTIST FILTH NOT GET?

Im sorry.  But, I believe Biden is out of it.  Look, I have had bi-polars in my life.  They act like Joe Biden. Laughing one minute, angry the next, then numb-looking, intrusive and have a really high opinion of themselves when under a manic psychosis.  Some people, not many, but some just believe that he was being a bully. Sorry, I beg to differ. I really believe Biden is borderline bi-polar.  We can’t have that, coupled with a narcissistic psychopath as the prez.

They need to have him evaluated by a top notch psychiatrist that is not biased.

Others are questioning this as well:

SEE: Is Biden fit to be president?

I think most Dems are insane. But, Biden looked & acted seriously nuts.

Think about it…good and hard.  These are the things that keep me up at night. I just woke up out of a dead sleep thinking that Joe Biden would be the president if the shooting in Colorado, today-hurt poor Obama (puke, who cares..but still…)

We have a borderline psychotic that could be the Commander in Chief. I don’t know about any of you, but, in my opinion…Biden is not a stable person.  Laughing, angry, rude, obnoxious, colorful, delusions of grandeur..  My very first thought during that debate was ‘Why is this old fart laughing like a jackass?‘  Carney said that Biden was smiling because of Ryan’s ‘hypocritical‘ statements. Pot. Kettle. Black.  And total ‘mularky’ as the crazy man put it.. pure bullshit.  The democrat party is suddenly sweet and innocent and the republican party is hypocritical. Cheese and crackers..They are both the devils advocate.

Something is wrong with Biden-the old coot. He can’t be suffering from dimentia.. It has to be borderline bi-polar.

The primary symptoms of bipolar disorder are dramatic and unpredictable mood swings.

Looks like Biden is not mentally fit to be president.  I think a psychiatrist should check him out.  And with Obama being a total narcissist, this is really bad.

The whole democrat party is off its rocker.

Of course the Bolshevik leftists like Biden. He looked like a mental patient in need of psychiatric care.
All of you ‘Progressives’ are looney in need of massive psychotropic drugs, or lobotomies.

I hope, when Mitt Romney gets elected, he passes an exec order, pronto, spending at least a billion on new straight jackets from China to lock you crazies up.

CHANGE WE CAN ALL BELIEVE IN.

Biden was laughing like a mental patient. It was the worst debate I’ve ever seen.  We are all waiting on the transcripts to see just how many times Biden interrupted Ryan.  They say 82 times.  We’ll see.