The ONLY people who approve of this idiot moron are Black Democrats, Latino-Marxists, Communists and left-wing Jews. Period.  And, those 3 groups are the scum of the earth.  The trash of humanity.  Obama desperately needs a war to rally the nation.. Here the moron is sending brass to Ukraine: 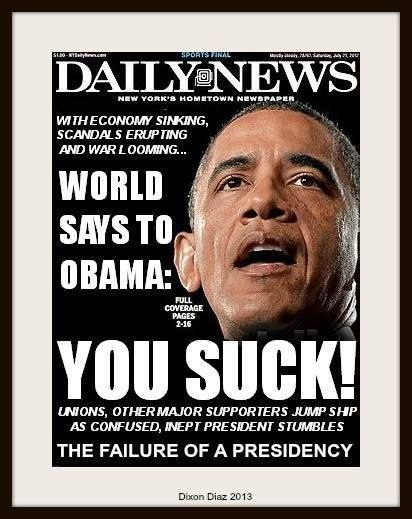 GET LOST YOU TYRANT POS.

So, let’s just keep droning humans in the world, let the NAZI’s resume their position in Ukraine, murdering off over 1000 people already.  Fomenting Coup D’Etat’s planet-wide.  We shall continue aiding terrorists in Syria.  Let ISIS destroy the Oil production in Iraq and we will commence f’cking up the rest of the world.   Let the militant queers hijack marriage..   We have ourselves a black king that can never be touched:  he is allowed to rule with complete disregard for the law and Constitution… He will never be confronted with impeachment and discharge by any lily-livered Congressman because to be called a racist is WORSE THAN DEATH.

DO NOT HURT POOR OBAMA! LET THE WORLD BURN!

SHAME ON YOU, AMERICA!

Yesterday, It Was Illegal Aliens, Today It’s Iraq. When Do You Realize You’re Being PLAYED?

You know, I get up in the morning and become totally confused by the news.  What other country has non-stop fiasco like we have here?  Who? Yesterday, and the day before, it was non-stop illegal aliens in the border towns.  The day before, it was some mental case who shot cops in Vegas.  Last week, it was that other shooting.  Can anyone even keep up with this craziness?

I have to learn to steal myself because this complicit media will do anything to keep us going in circles like the Tasmanian devil from Looney Tunes.  We’re being played.  We have to stick on ONE subject.. And, in my opinion, that subject should be demanding Obama’s resignation among a few others.   I have not kept up with Ukraine this week because so many Americans have depressed me regarding the situation there.  I Tweet the news of what is happening there, but that’s about it for now.

Anyway…Look…they want to keep you going in circles and not focused.  That’s my last 2 cents for this wknd.

Love or hate JTF.ORG, this is correct:

And, The OSCAR Goes To….. Jay Carney.

I am sure you all watched Jay Carney LIE yesterday regarding Benghazi, the emails, the cover-up.  The deal is…it’s not enough to be a good liar…You have to be so conniving that people will believe you.

I can almost guarantee that the 40% who still think that Obama is a great President believed every word that Carney said yesterday.  And, because of this, I have given him the Oscar.  Lawrence Olivier has nothing on Carney.  The Oscar statue should have Carney’s head on it.

It’s always such a joke to me when the left crafts wording because it’s usually just a projection of themselves.  The GOP is really no better, though.   But, tell me how it’s the GOP who is waging a war against the poor when the Dems are racking up 40 million dollar vacations?  2.9 million USD just so his highness, Obama can go golfing, 2x?   Young adults are living at home with their parents, even the 40 plus crowd is moving back in with Ma and Pa.

And, these fat cats are taking vacations which we can’t afford as Obama arms Syrian Rebels: Obama to move forward with plan to arm Syrian rebels.  Wants to start WW3 with Russia.  Has assisted in destroying Egypt, Libya, Syria and Ukraine with OUR money and can’t take a ride over to Camp David just to show he gives a damn for the morons that voted for him??  And 41% still approve of these stuck-up snots!

We get the government we deserve.

The travel costs for vacations taken by the first family and the Bidens have reached over $40 million with the Air Force’s revelation that two golf outings by President Obama this year cost $2.9 million, according to the taxpayer watchdog group Judicial Watch.  (I’m Surprised Judicial Watch is still up n running)

ANOTHER Federal Land Grab In The Name Of “Environment” In Temecula, California

The FEDS & BLM are fascists. They don’t give a damn about tortoises, rats, or condors.  It’s about power.  How much do you want to bet they’ll find some tape from 50 years ago saying Johnson was a racist in 10th grade?  And, Americans will chomp at the bit to destroy Johnson’s life as well.    People get angered at me lately for standing in the gap over things that are not considered conservative… Since when is big government conservative???

Johnson purchased 11,000 acres of land in Riverside County over 17 years ago, including Vail Lake, encompassing over 1,000 square surface acres of water. Now Johnson claims various levels of government are trying to seize the property, using intimidation under the guise of environmental concerns.

They want our money, land and soul.. How long are we going to put up with this until we storm the Bastille?