The Truth Is NOT In Hillary Clinton. She Was Fired In 1974 From Watergate Committee (Fraud Ethics Violations)

The truth about Obama and Hillary’s lies, cover-up, fraud, birth certificate, etc should be heard. These Communists need to be sent packing. Enough is enough.  Rand Paul is not my type patriot, (not patriotic or ‘right’) enough, but if we had him, Cruz, and Trey Gowdy in office, we would be able to handle the coming FOBAR.

Hillary Clinton is a lying, psychopath who seriously need psych-evals and sent to a state hospital for compulsive fabrications to suit her agenda.

See this (Warning, just an anti Zion freak but on the $ with this) :  Hillary Clinton Fired From Watergate Committee for Fraud Ethics Violations

You should read this, too:

What really happened to Hillary Clinton and USNavySealCommander Job W Price IF you can take Gordon Duff’s “Zionist this and Zionist that” insanity when we ALL know its COMMUNISM, not Zionism.

This is just how leftism’ll do ya:

Photo: Hillary Clinton Was FRIENDS With Chris Stevens. This Is How #Commie “Libs” Treat Their FRIENDS

And, the Commies are thinking of running this bitch in 2016. I am not even pro-gay (Chris Stevens was ‘gay.’)  And here I am wanting justice served for this idiot who was buddy-chummy with Hillary the skunk who threw his ass under the bus.  That’s just how the Marxist louses will truly do you ‘gays.’  Here us ‘evil’ patriots are fighting for one of yours..

Anyway: “Gays”, this is how much the Commie-cabal gives a damn about you–they DON’T.  You disgusting, satanic ‘liberals’ make me want to puke–every friggin day.

Deal with that, COMMUNIST stench.  How long is the foreign, Muslim, usurper and HITLERY going to hide from justice?   If congress will not give justice in this, the people will.. Think Mussolini, dirtbags.

WHAT DIFFERENCE DOES IT MAKE?  YOU HANGING FROM THE GALLOWS FROM THE HIGHEST FLEET IN THE US NAVY, HITLERY….WILL MAKE A HUGE DIFFERENCE FOR “WORLD PEACE”

I already see the debaucherous Democrats pulling in money for this heathen bitch’s 2016 campaign. Why is this not surprising to me.  This disgusting snatch has blood all over her hands, not just our own people in Benghazi but the whole Libyan SNAFU from start to finish. The FOBAR in Egypt. Her big, fat mouth demanding Syria’s Assad step down. There is NO end to the evil of Hillary SODOM Clinton. NO END. 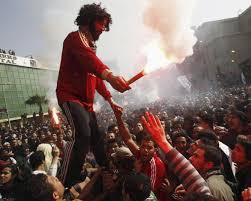 If you want to know how bad this wench is, read the latest on Egypt: Globe Trot: Insecurity in Egypt, the French in Mali, Brazil fire, Christians deaths in Iraq …  I can’t stand the insanity.  It makes me want to blow a gasket, every damned day.  What this feminist dyke has gotten away with is incomprehensible to me.  Who did she think she was demanding Mubarak step down?  There is a bloody revolt in Egypt now because of HILLARY and her ‘democracy’ BS, people dead in Tahir. WHO DOES SHE THINK SHE IS? Does she think she will escape the hands of the LIVING God?

Let us not forget what she said about Gaddafi after she assisted in a$$raping and helping in his murder.  “We came, we saw, he died.” Assassinating leaders (good, bad or indifferent) is against US law.  Did this stop Hitlery? NO.  Imagine if some weak GOP SOS did this?! Where is the outrage?  There is none, because the end justifies the means with these sick, pathetic, evil, disgusting, satanic DEM leftists and their counter-parts in crime, the GOP. 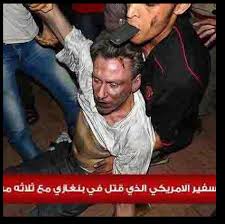 How can people just toss aside a fellow American?  Chris Stevens was KIA because of Hitlery. He was not even given a proper state funeral.  He was an AMBASSADOR.  He was killed (and 3 others) because of this bitch’s arrogance.  Her hands are FILLED with blood.

Last but not least:

You must all know…this stuff really frustrates the crap out of me.

See!!?? But ‘was never hospitalized’?

I can see it now.  Hillary will pretend she is suffering from amnesia and she will be excused from having to testify.  Why do they not bring it to OBAMA?  What a laugh riot this evil satanic whore is..

Honest to goodness…One thing that the left does for me, personally, is bring endless laughter at their in-ya-face madness, sheer lunacy & moonbattery…  My step-father says she is a drunk and that’s why she hurt her empty head.. I wish the bitch would puke herself to death..

You were ‘woman enough’ to say “We came, we saw, he died’ when you helped murder Gaddafi.  Were you not?  What a liar.  We can always count on this type of behavior from females when they can’t deal with what they’ve done wrong.. Good Lord.  Drama-fo-yo-Mama.  I have seen it a thousand times in my life.  A FEMALE does something wrong or screws up and then she suddenly gets ‘sick.’

If you believe this witch… I got a bridge in Brooklyn to sell ya.

By the way From Goldbug:

Fast and Furious .. how convenient .. plea bargains .. no public input .. no coming trials .. everyone in high positions pretty much left out of it. The poor schmucks on the street spend more jail time than that for carrying a joint in their pocket. But, of course, they need to keep the prisons full; it’s good for business and their bottom lines. How sad that our country is run by criminals (at all levels).

B. Hussein Murderer Obama can’t shut his stupid, fat, ugly, illegal, usurper mouth.  Obama is the WORST illegal occupying this country.  He must go.  He has to go. If he is not vote out, he must be thrown out.   This sonofabitch has NO concept of what he has done.  He just does what he does, every day.  Without an ounce of remorse. Like an unrepentant serial killer..

Excerpted from The Daily Mail: The mother of an American diplomat killed during a terrorist raid on the U.S. consulate in Benghazi has hit out at Barack Obama for describing the attack as ‘not optimal’, saying: ‘My son is not very optimal – he is also very dead.’  During an interview shown on Comedy Central, Obama responded to a question about his administration’s confused communication after the assault by saying: ‘If four Americans get killed, it’s not optimal.’  Speaking exclusively to MailOnline today, Pat Smith, whose son Sean died in the raid, said: ‘It was a disrespectful thing to say and I don’t think it’s right.

‘How can you say somebody being killed is not very optimal? I don’t think the President has the right idea of the English language.’