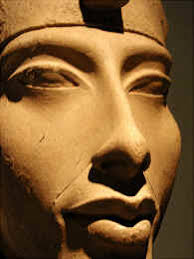 CO FIRES: Our Asshat, Usurper, “Prez” Hussein Obama Hasn’t Even Talked To Colorado Gov In 15 Days… Why should he? He only cares about his own over-weaning ego.  Obama is a narcissistic, psychopathic, illegal piece of SHIT.  GET LOST HUSSEIN, GO BACK TO KENYA…They probably hate your ugly ass there, too.   Nobody likes this son-of-a-bitch…Except black-liberal wackjobs, illegal-occupiers and dumbass left-wing Jewish idiots.   What did the idiot-Obama do today?   Sign an executive order that said; “DO NOT CALL OR HELP COLORADO?”

Look at these burning inferno fires: See for yourself.   Pray for people that DO fear the LORD in Colorado…For their safety and lives, because the FRAUD in the White House sure does not give a damn….

This has been a LONG week of having to listen to this raging, hormonic, insane, bitch from hell… The scum, Hitlery Rotten Clinton wants the Muslim Bro’hood & Jihadists to take over  Syria. The pathetic jakobite wants OUR troops (who she hates with a passion) to help aid the Jihad.    Honestly, people…. At this rate with women this week (Ann the MAN Coulter and her big, fat mouth, dissing Americans) And this lesbian slob.. I am about to bust a gasket.

What were men thinking, allowing women into the political spectrum? …Can’t you see THAT was a huge mistake….Yet?

SHUT THE HOLE IN YOUR FACE, YOU LYIN ASS BITCH.