After 9/11, President Bush had many options in Afghanistan and chose the worst option out of all of his choices.  The Jewish Task Force (JTF) was screaming from our little TV studio that Neutron Bombs should be employed in the hills of Tora Bora. The radiation would have sealed Bin Laden’s fate, but instead he fled over the border to Pakistan, due to our weak response, which ended up killing and maiming many American soldiers.

While the police action was going on in Afghanistan, the president looked around for other problem areas to strike out at. Iraq seemed like a possible choice thinking people would see that having Iraq and Afghanistan under our military control, would have the crazies in Iran surrounded. That wasn’t the reason at all. President Bush saw Iraq as a safe haven for terrorists and while true, they were not Al qaeda terrorists. Using the excuse that Saddam Hussein had WMD and an active WMD program, we sold the idea to the rest of the world that Iraq was the next ‘best place’ to hit.  After all, Saddam surely acted like he was building WMD of all types, and he did have 500-550 tons of Yellow Cake, known to the west in the Gulf War of 1991 which were all moved to Canada in June, 2008.

The BIG problem here is that Saddam Hussein/Iraq were definite blusterers and you might say pains in the ass, but he was no real threat to anyone. More than that, he was a check on the nuts in Iran, who were deathly afraid of him, because of the almost 2 million lives lost on both sides in the Iraq/Iran war of the 1980s. We removed that check which let Iran concentrate on their military buildup and their years upon years of trying to obtain nuclear weapons.

On our weekly TV shows we not only warned over and over that Iraq was a mistake, that Saddam Hussein was no threat but also had Islamic expert, Craig Winn, on as a guest who confirmed what we said, that if we stay there for 100 years, a Shiite/Sunni civil war will break out almost as soon as we leave.  Now, its worse than that, with an insane Sunni terrorist group, who learned their trade from Al qaeda, attacking, killing and mutilating Shiites, bringing of all states, Iran into the fight. This could end up really bad with a Muslim terrorist state in the heart of that insane part of the globe.

Like us or not, all regular viewers of the JTF TV shows remember that every prediction we made over the years, came to fruition and unfortunately so did this one.   None of this would be happening had Saddam Hussein, a brutal butcher in his own right, remained in power.

How many Americans were lost or injured for life, how much treasure was spent on the so called war in Iraq just to make things far worse than they already were?

I find it amazing that Commie Jews and KKK folk are so close.  Its f’n odd..

Great song for these 2 love birds.. 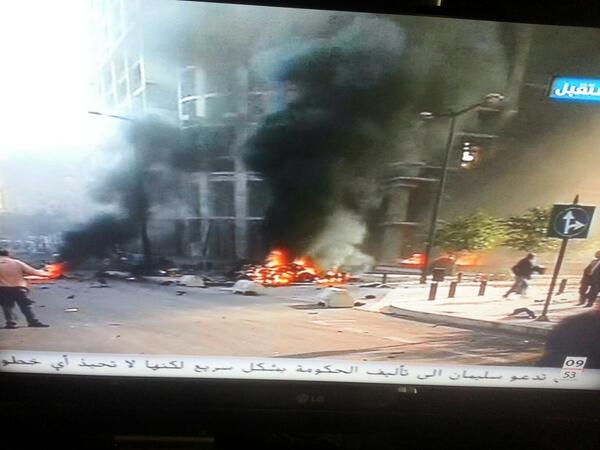 Muslim Beheads 3 On Bus In Norway. This Is The Result Of Left Wing Politics

This is the end result of leftism.  All leftists want to do is destroy and who can destroy faster than primitive savages? However, this is hidden under the guise of ‘tolerance,’ but as you all know, or should realize by now, tolerance is the last good deed of a dying, decaying nation.

The suspect, in his 50s and of foreign origin, has been arrested, police told the Norwegian Broadcasting Corporation.

The victims – one woman and two men – included the bus driver. There were no immediate details of other casualties.

Jew-o-phobic Muslims beat up religious, young Jews walking home from a synagogue.  I thought that Muslims were uber peace-loving… Hmph.

Imagine if this situation was in reverse.  It would be front page in the news.  These vicious crimes must end.  America’s issue with racism, [as we see here daily] is black on white race-hatred.  Even worse in this case scenario: Black Muslim female on white male.  A race hate Jihad.

Douglas murder suspect: “Allah” will represent her – accused of stabbing neighbor White man to death.  Thanks for looking out for Americans, hat tip-New Nation News

US and UK governments both call Islam a ‘religion of peace’.  This is because USA and UK are terrorists, themselves, now.  So, to them, this is what ‘peace’ looks like: Many ‘liberals’ believe themselves to be Zen Buddhists.  What a laugh.  They PRETEND to be Buddhists while supporting Barack HUSSEIN Obama, a Muslim Communist.  Buddhism, to me  – is more of a very well loved philosophy that is a lot like pure biblical Christianity. At any rate, that is my own opinion.  Of course, my brother, QV is a Bible believing Buddhist.  Buddhists, almost always are on the side of right in the fight of good against evil and are more righteous than God fearing Christians and Jews in this day and age.

Buddhism has brought NO wars to the earth.

Guaranteed that some dumb Muslim will come and tell us how hateful we are for putting this up.  Pulease.  May the LORD God heal the wounds of these poor people who have been terrorized and give them strength to fight these evil Muslim pigs.

Sorry about this horrible news, QV 😦

UK had better start listening to one of their own citizens who they claim is a ‘racist.’    Nobody is clear as to what has happened at/in this mosque, yet.

Aint this the truth!! So, the communist/Liberal cabal in Greece makes people sick there, too.. Whoda thunk.  When the poorer or middle class of Greece do not want a mosque in their neighborhoods, the Greek left wing bastards call them racists……..

The Commie filth don’t want the mosque in their neighborhood, only in the poor folks hood.  OK for thee but not for me..

The whole of Europe is starting to kick back against Islamic crazies.  With the exception of UK.. When will the whole world start sending the COMMUNIST LEFTISTS to exile!?  They are the root of every, single problem.

Of course the leftist slobs in Greece call all of the Golden Dawn folks- “Neo-Nazis”, too.  Not much different than the stupid asses in America who call patriotic people ‘Nazis’.  Just because you Commies are far-left wing jerks does not make patriotic people Nazis. YOU are the fricking Nazis.