Having to look at what Mikey Weinstein wrote for the Puff-Ho has made me make a decision.  Good Christian people must call out treacherous “Jews” for what they are.  And I am very serious.  Never mind when they call you “Anti-semite”, they are COMMUNIST traitors. They use that ‘anti semitic’ card when they’re cornered.  You have to call them out. Corner them with their Communism, borderline Nazi-ism. Just because they are Jews should not mean they get a pass just because Jesus was Jewish.

My friend Mike, a wonderful Christian man who has always been a great blogger and online friend is really upset over Weinstein.  He has every right.  These “Liberal” Jews are miniscule as he explains.  If you call out these liars, it will make it easier for you to tell US from them.  We believers in the Torah and Jew-tians like myself are tired of the constant defamation we receive from these ERAV RAV pigs that call themselves “Jews”.  My husband says that they are not Jews, they are kikes.  I am sorry, but it is what it is.  I know that sane Jews totally agree with me.

There is absolutely NO reason that Christian people should have to put up with this insanity in a country their/my forefathers founded.   Minorities do not know their place, refuse assimilation and need to be put in their place, daily.

Please call out bad Jews. Call them #Communists on Twitter.

PS: Please enforce bringing ALL troops home. We are hated now more than ever.

Should It Be Surprising That Hagel Is A “Friend Of Hamas?” Leftist ‘Jews’ Put Palestine First, Before America

Chuck Hagel being a friend of Hamas does not surprise me one iota. (I hope against hope that this is not true about Hagel.)  I have told you ‘Jews’ that Obama is a Jew hating jerk-off.  But, you don’t listen to ANYONE.  In AmeriKa, its totally cool to be a friend of Hamas.  Hamas is great, Israel is the ‘terrorist’.    Here’s the deal with Israel:  Just because Israel exists, Israel is hated. If they do good, they will be hated. If they do bad, they will be hated.  That’s just the way it is.

…And, then we see the “Liberal” Jews, drooling over Obama like the rats they are.  Worshiping this pos, maggot, Jew-hating FREAK.  Who hates America, hates Americans. Hates Israel, hates Christians.

Yesterday, 25 senators sent a letter to Hagel demanding information on his foreign funding. Hagel has refused all such requests, prompting the senators to state, “in the judgment of the undersigned, a Committee vote on your nomination should not occur unless and until you provide the requested information.”

Here is the link. 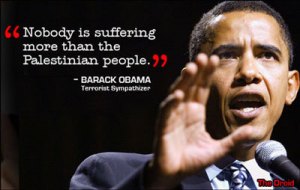 `
Suffering, my ass… This is ‘suffering:’ 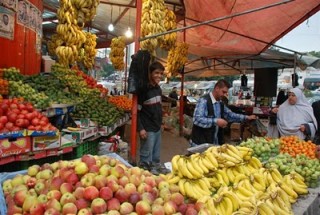 CRY ME A RIVER.

There are places in AmeriKa that are 10X WORSE!

Like Loading...
Left-wing Jews create anti-semitism.  The lady that was being pushed by this kike was Jewish, herself.
–
“One thing we can learn from history is that Jews never learn from history”
Rabbi Meir Kahane
–
–

Despite the disappointing outcome, #WIrecall effort sent Scott Walker a message that his brand of divisive politics is offensive & wrong.

By the way, bitch….It is YOUR ‘brand of politics’ that is divisive and anti-American to the max.

Like Loading...
Jewish Debbie Wasserman Schultz Thrown Out Of Jewish Temple HALLELUYAH
There is a GOD.  Even semi-religious Jews are tired of Obamas loud-mouth, lap-dog, Schultz. Ya got thrown out for being a TRAITOR to our people.
Good.
Hasta La Vista DEBBIE, you demon.
–

This is a pig-flying moment..
–
Shocked the hell outta me! Maybe he recalls that Stalinism murders Jews?  Who knows.. Really quite unbelievable…
–

EXCERPT: “Noam Chomsky has slammed US drone strikes and said while the Bush administration kidnapped and tortured, present-day White House resorts to murder.” 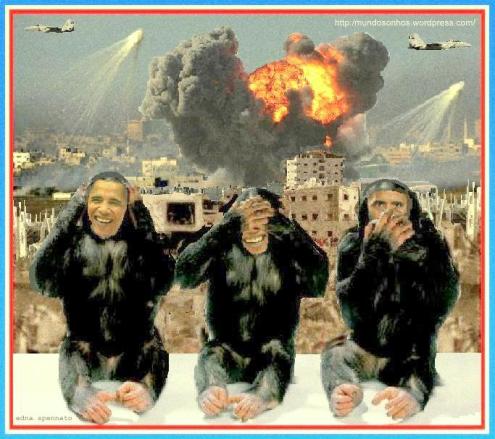 ~Look how ugly-spirited this freak is, inside and out.  He is rich himself and he is saying that Jews will vote R so that they can ‘protect their wealth.’  Wow.. So, all Jews are rich as Roosevelt in Wax-snouts empty head.. OK.  WHATEVER.  I will tell you why they are voting R.  The Demoncats are JEW-HATERS, period.

Dont you GET this yet? Demoncats hate GOD. They hate Christians, and they hate the Jewish people.  Most of all, they hate America as much as they hate Israel.  STOP SUPPORTING THE EVIL, Jewish people, just STOP the insanity.

You Demo-Jews: Tell WaxSNOUT he is next and Boxer, Feinstein, ETC.  RID yourself of these EVIL “Jewish” Demoncats in the house and senate, they are terrible for America.  Keep voting in Good Christians and save yourselves.

The NY Nazi Times is reporting that the Obama admin is going bonkers over losing his Jews.  Really…this is insane if you ask me.  What the hell type of a Jew would vote for a

….in the first place.

Come on.  What we need is for the Jews to get totally serious and abandon leftism, completely. They need more than just voting in a Repub in NYC to gain our trust.   Judgement begins in the house of God.  So, these Democrat Jews need to repent to America for their America-hating, Bolshevik ways.  They need to throw EVERY leftist Democrat Jew OUT, period!  Ed Koch is the ring-leader of this awakening that is happening right now.  But, other Jews have been warning for YEARS about how evil leftists are, and how they HATE Jews and Christians.

It should not have taken this long to see that Obama is a Jew hating, Christian-hating piece of GARBAGE, Jewish people.  I told you, my husband told you, Chaim Ben Pesach, Atlas Shrugs, Michael Savage, David Horowitz, Finklestein, ETC.  You need to look at this mack daddy for what he is; A Muslim/Nazi, period.  His 67 borders speech made that clear enough.  Jews need to work HARD to impeach Obama.  Get all of the lawyers you can, check out this illegal alien, because that is ALSO what he is.  E-Verify ‘flagged’ Obama’s S.S. # for heavens sakes..

THIS is what is in the Obama admin (JEW HATERS):

Make this picture below a LIE: 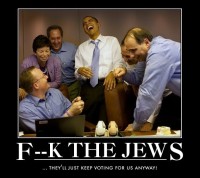 Dont say there is no God. There has to be, for stubborn Jews to turn this way.

NYC Jews get a clue and votes in a Republican. They turned on one of their own pigs; David Weprin.

One good thing; If Jews totally turn on Obama, this means they will take their money and put it toward a Repub for Prez.  Just one bad thing, though: Most of the Repubs suck. Hopefully, these crazed, left wing jackass “Jews” will start seeing the light and repent of their bad actions, helping Obama, the MUSLIM in the White House.  No, he is not ‘good for Israel’, but he is TERRIBLE for America, which is far more important for Americans, going through hell in America.

Obama needs more bitch-slapping.  He needs to be thrown out or voted out ASAP in 2011, NOT 2012.  The bastard is starting WW3 and if this schmuck is not gone NOW, we will reap terrible consequences, which is already happening with natural disasters all over.

That link beneath is from a Bolshevik/leftist/pro-Neo-Nazi website. Yes, if you hate Israels guts, you are WITH the leftists, period. You are a left-wing, Bolshevik-Jew enabler.  If you are a leftist Jew, you are WITH the Nazis. This link below feels, that former J-posts Derfner, who apologized for this statement should not have been fired. Yeah?  These are the same pigs that blame a victim for a rape. These people are enablers of terror. Derfner thinks HAMAS terror is OK.  He only apologized because they called him out, he is like the thief that caught caught.  Only sorry he got caught… See:

‘JPost’ fires Derfner for writing that Palestinians have the ‘right’ to use terrorism, notwithstanding his apology

Including the current illegal occupying the White house now.

See this post, you will see that Nazis and left-wing Jews are in bed together:

If Popeye and Olive Oyl were Islamists, would they be fair game as well?’ –Blumenthal on Gaza strikes

How does it feel, INCOGMAN, to be on the SAME page as Max BOLSHEVIK Blumenthal? Gross.. He is a Christian-hating scumbag. Christians are NOT ‘represented’ by ANY party. LISTEN TO THIS SHITHEAD!!!!!!!!!!!!!!!!!!!!!!!!!!!!!!!!!! There is no ‘book of Revelation, it was not originally in the Bible, says this left-wing NAZI Kikel.

Well, here is the end scripture in the book of Revelation, MAX, you ugly kikel: