Here we have the regular race-baiting Media Matters reporting onLimbaugh: Obama is “the greatest living example of a reverse racist” What Limbaugh and MMFA do not GET is that racism is racism, there is no reverse, it is what it is.  However, I do agree, with Limbaughs accurate depiction of Racism being overdone.

Hatred or intolerance of another race or other races.

..including Belligerent nationalism and racism.

I, myself am an ILLEGAL hater, I dont give a rats ass if they are Chinese, white, whatever, just get the hell out of my country.  If you have never lived in a sanctuary city, you dont know wtf I am talking about.

Most people in America have been indoctrinated in the Marxist schools and are not inherently racist, but the left wing is pushing hard for us to become racists.

“A STEADY ATTACK ON THE WHITE RACE” -B. Hussein OBAMA

-“Black Nationalism provided that history, an unambiguous morality tale that was easily communicated and easily grasped. The steady attack on the white race, the constant recitation of black people’s brutal experience in this country, served as the ballast that could prevent the ideas of personal and communal responsibility from tipping into an ocean of despair…”

These people below never stop attacking America.. They actually had the audacity to ‘claim’ they had Dobbs silenced and forced off the airwaves. These are Obamas Machine Gunners. Inciting psychological mind boggling oppression of poor people in America that are unemployed by demonizing voices that know what is really happening, voices like Savage and Beck, among others. They are Communist-Marxist-NAZI/Fascists, they want to have total control, as Stalin did in Russia, in fact, Stalin is a ‘hero’ as is Marx to them. Even Noam Chomsky has had an affininty with Hitler.  THESE people are dangerous, not the other way around.
Also, read David Horowitz’s book, “The Radical Son”

FrontPage Magazine – Radical Son, Revisited & The Professors: The 101 Most Dangerous …

You will see the enemy within, that is forcing their way on us, living in a Soviet dream that didn’t work then, will not work now, and for the Jews at MMFA, it will not work here in America.   America WILL turn on you…FIRST, left wing Soviet Jews in name only, they will.

Maybe not right away, maybe not in a day…. 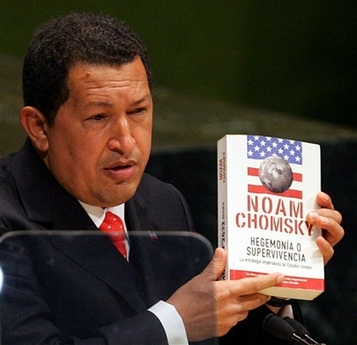 Beck rants about “power grab,” claims “they are going to silence voices like mine”  Yes, Beck, you are 100% right.

Amazing.. Beck only shows the quotes and words of the people that MMFA follows, Left wing Kommies, Van Jones, Dunn, the Bald Kommie, Wallis- ETC..and they are petrified of this…Why?

It EXPOSES them for what they are, Marxist/ NAZI-Communists.

See Also: Media Matters & Civil Rights Coalition preparing to get RID of Glenn Beck once and for ALL.

God is NOT a DICTATOR!!!

Maybe they (MMFA) do not see this in themselves, (That they are Marxist-Nazis) but they are.  They thrust out Dobbs because he asked where Obamas Long Form B.C. was- it had zero to do with illegal occupiers that have murdered over 30,000 Americans on our borders. It is not “hate” to want to protect your nation from this invasion.

Don’t tell ME that these Jewicidal-Jews @ MMFA and Militant Leftists are not in it to Silence Beck….THEY ARE.

See also: Beck claims there is “evil at play” in Obama admin., but he is “on to them,” suggests they’re trying to destroy him

“The revelation that Germans of Jewish blood, knowing the Nazi regime for what it was, served Hitler as uniformed members of his armed forces must come as a profound shock. It will surprise even professional historians of the Nazi years.” —John Keegan, author of The Face of Battle and The Second World War

“An impressive work filled with interesting stories. . . . By helping us better understand Nazi racial policy at the margins–i.e., its impact on certain members of the German military–Rigg’s study clarifies the central problems of Nazi Jewish policies overall.”–Norman Naimark, Stanford University, author of Fires of Hatred: Ethnic Cleansing in Twentieth-Century Europe

To see more photographs from the book, click here

IBD cartoon compares Dems to suicide bombers: “Obama Akbar!”  You see, its not fascism when they do it…

Conservatives and right wingers will not stop, M.M., so why all of the

I think the cartoon is funny as hell… What did M.M.F.A. say when they did these same political cartoons about Bush (bad as he was, where was M.M.F.A.??)

In recent days, conservative media figures have been sounding the alarm, attacking {WHAAHHHHHHH

President Obama and the Department of Justice (DOJ) for employing lawyers who previously represented terrorism suspects or supported their legal arguments in their private practices. It really is just the latest case of Bush-nesia, in which media conservatives block all memory of the Bush administration in an attempt to tar the Obama administration with politically motivated, half-baked smears.

First of all, the “Blame Bush, remember What Bush did” crap is OVER. 2nd:  Barack HUSSEIN Obama’s Honeymoon is OVER.  3rd: You GENERALIZE, and are extremely bigoted when you really believe that we are “All” GOP.

*******Below, is a Y.T., where he points out Beck “DIRECTLY UP MY NOSE”  – Beck makes NO bones what he did as a young tot, but to the left wing Elite Shitbags, its never enough, if a person seeks to redeem themselves… So, SMEAR, make fun of, call a RACIST, name them a HATER!

BTW: Frisch, put your $$ where your mouth is, and GIVE us the money to take care of America, until then:

Why don’t you do America a big favor, Karl~

SHUT THE HOLE IN YOUR FACE.

You know…here we go.. Palin had some notes on her hand to make sure she brought up issues that concern Americans at the Tea Party.  She was caught RED HANDED with notes in her hand- O-M-G! HOLY SH*T! WHOA!

Seriously, who gives a damn? I am not a “Palin supporter” OK? I am a chauvinist woman.  I believe the office of the presidency is supposed to be occupied by a man, preferably a strong law-abiding Christian man that is WHITE and not A-rab/Muslim, so call me a “RACIST”  Like I give a damn anymore.. But heres the kicker… the left wing are the biggest snot nose whiners in the planet about Palin’s cheat cheat.  They say NOTHING about the;

AFFAIR that Obama has with his TELEPROMPTER.

IS this why Manchelle Obama is never around? Ot is it because she is just an ugly b*tch?  Who knows? I am watching this ongoing saga of the “Hand & the Teleprompter” with infinte delight… Like I really care.

Limbaugh’s website claims of Obama: “His education plan is Maoist … and he is otherwise a Bolshevik. … [H]e would be a Stalinist if he thought he could get away with it”

This one about the “Bolshevik plot” I thank GOD for now- that the stupid, insane race-baiting bloggers over there,  are getting IN their heads, this attack against Beck and Limbaugh is actually working IN favor of Limbaugh and Beck

Limbaugh compares Obama health care plan to Nazi policies This post right here, will force these MORONS to SEE what they are doing.  Obama has the traits of ALL of the very evil dictators in the 20th Century.

Limbaugh: “Adolf Hitler, like Barack Obama, also ruled by dictate” This post here, clarifies the truth, WHY? Look at Obama smiting the SCOTUS in front of the whole world, this is 100% evidence that Obama DOES rule by dictate.  He will also overturn with an executive order, a senate bill.   It is scary that these people cannot see how very evil this all is..read the rest here: http://mediamatters.org/research/201001300005

I dont agree with “Soothsayers” but this lady talked about how she saw Obama as a dictator as well. I warned people in 2007, & 2008 on my radio show and I got banned for telling people this.

Click to buy (BUY 1 book, copy it and PASS IT AROUND)

USE  IT AGAINST the EVIL Left Wing,

By David Brock, Founder & CEO of Media Matters for America

Since its debut in May 2004, the growth of Media Matters for America has run parallel with the success of the liberal blogosphere and the larger online netroots movement, which has become the New Media voice for progressives nationwide. Together, Media Matters and the blogosphere have helped change the conversation about the press and politics in America.

Inspired by Timothy Crouse’s landmark 1973 book, The Boys on the Bus, which unveiled modern campaign journalism at the time, Boehlert pulls back the online curtain and helps readers better understand the revolution that’s taken place, as well as the unlikely participants who are leading it: students, housewives, attorneys, professors, musicians.

Anyhooooooooooo, go get this book, and use their tactics

They ‘want’ a Revolution so bad….Lets bring it TO them.