This link below is for you to determine. But, since Obama has been the King, we have seen:

Obama sending a billion dollars to Ukraine–Which will enable fascism:  Why Is the US Sending $1 Billion to Ukraine? – ABC News

So, it makes sense that he would train and aid the worst of humanity.. Oh, by the way..This is all Putin’s fault..

Newsweek was never so right:

U.S. Trained ISIS At Secret Jordan Base In 2012

Toyota trucks sent to Iraq, courtesy some of your tax dollars and possibly 65,000 MREs sent to Syrian terrorists.. Just in time to help Aleppo Jihadists defeat Assad to bring down the M.E. into a Caliphate.

Well, ironic is the New Yorker… Remember when they put out this cover? They claimed it was satirical:

For always being SO wrong…they were SO right…!

Looks Like USA Just Doesn’t Want To Stay Out Of War. Even Though We’re 17 Tril In Debt

First of all.. I take note that so many things are happening at a breathtaking speed.  It’s never been like this before.  Much of the news is hyped to give us a feeling of helplessness.  The news that we should be paying attention do, we don’t.  A lot of the propaganda put out by the White House is engineered to divert attention off of Obama’s many scandals.  I believe the news in Iraq is also part of this nefarious scheme to avoid Benghazi, Bergdahl, IRS scandals, etc.

But, I digress… American people are itching to get us involved in Iraq.  If Iraqis want their own freedom from these terrorists, they are going to have to fight for it the same way we will have to fight for our rights here.  If we go and help them, we will only be aiding them again, again and again.   Even a mother knows that she must let her baby walk on it’s own.

But, here we have Feinstein and Insane McCain, the war mongering lunatic demanding our involvement in Iraq…there is money to be made for these greedy bastards….obviously… OR, they are losing money.

California Democrat Senator Dianne Feinstein is calling for the U.S. military to attack ISIS in Iraq. She has also said the besieged country’s current leader, Nouri al-Maliki, needs to step down.

Arizona Senator John McCain also demanded on Tuesday al-Maliki step down. McCain said Obama needs to send emissaries to Baghdad to “work with Maliki and tell him he’s got to step down and have a coalition government.”

McCain says that the Iraqi leader: “Needs to step down”  McCain needs to go to Pilgrim state hospital and stuffed with 300 mg Thorazine, 3x a day.

These freaks are always demanding that leaders step down.  Don’t you all ever wonder just WTF that is all about??  At any rate:  America:

Some Questions On The 2014 FT HOOD Shooting:

Yesterday, there was a lot of news regarding Ft Hood in my feed.  It had to do with a terrorist attack, Islamic style.

Because our government is power mad and insane, I hardly ever believe the ‘official’ story they submit when attacks like this occur.  I believe that the media is run by government operatives and they cover-up so many stories like West, TX, Sandy Hook and also the Boston bombing.  One thing we DO know about these events:  They HAVE happened.  But, just what happened?  I don’t believe we will ever know.  If it was a Muslim Jihadist, I can believe that Barack Hussein Obama could cover that up.  After all, he is a Communist with an affinity for Islam.  Don’t believe?  Just take a good look at Egypt, Libya and Syria…

So, here are some questions these young men ask:

Its up to you to ask your own questions.  OR, believe the government media.

Commies Freaking From ObamaCare? Another School SHOOTING-AGAIN In Pittsburgh, PA

Are the Commies freaking out because of this Obama care mess?  Who knows..  Seems every time OBAMA is in a mess, a domestic shooting happens at a school, theater, etc.

I believe it is totally possible that the Communist/Liberals stage events to divert attention from failed policy.   Bad part, Obama, for you, is that MILLIONS of sick, middle aged, elderly etc have been DISCONTINUED from their health insurance because of YOUR mess.  This issue ain’t going no where.  You just want to divert this O’care insanity back to gun control with this shooting that COULD be staged..Who knows, anymore…  You can’t fool me, OBAMA.  I know you. Watch you, daily.  You evil, mongrel horde.

One of the perps is a son of OBAMA:

If you need proof that big govt does use terror to divert: here it is – from a 1991 book:

Another Mass Shooting To Divert Attn Off Obamacare?

There is a mass shooting just about every month now, ladies.  Has anyone noticed this?  I have.  I feel terrible that this government and media has forced me to think this way. It is almost as if a ‘terrorist’ shooting happens all the time and we are becoming desensitized.

Here are the facts:

#2. Obama care website is a failure and does not work.

#3. Millions of people are being dropped from their health insurance and there is still not a ‘mass outrage’. Yet.

#4. So, isn’t it the perfect opportunity to create a chaotic situation?

You think about it.  I just don’t believe anything anymore until I hear all stories.

So, I will not give this LAX any thought.  I feel bad for the dead, of course, but I cannot get side-tracked by this insanity.

*UPI reports that the suspect, 23-year-old Paul Anthony Ciancia who is reportedly not a TSA officer as previously reported, had “writings” on him indicating he may have embraced “strong anti-government views.”

Aaron Alexis was not a Buddhist. He was a Muslim and this is a typical Muslim killing.  This was Ft Hood on the high seas. Bill Clinton, former traitor in chief disarmed the service by exec order in 1993.  So, a more appropriate name would be the “Disarmed Forces of America.”  How many of those at Ft Hood or at the DC Yard would still be alive if they had weapons?  Now, the left wing is looking to defame Buddhists on behalf of their beloved Muslims killers?

Navy Personnel murdered by a Muslim:

One Of The Navy Yard Murderers Is A Son Of Obama?

Is he also a Muslim?

We are brainwashed to believe that only white, right-wing extremists are the perps of these type mass murders.   Even though most all domestic terror is carried out by leftists:  Facts About #Communist Leftists

There are also many mass killings perp’d by blacks: Black Serial/Mass/Spree Killer List .

We grieve with the families and pray for them. We have lost some of America’s finest.  But, isn’t is past time to start looking into the behaviors of some of the sons of Obama as we look into this terrorist attack? 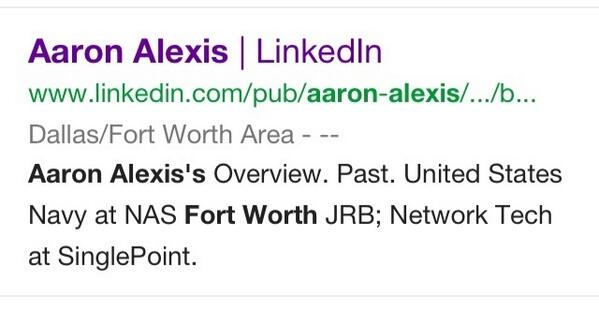 Does anyone really believe ANYTHING that comes out of the White house, anymore?  Even if something does happen.. I guess I am totally jaded.. I will believe, 100% now, that Obama and the elite pigs are behind it.  The other day, Tapper from CNN revealed that there are more than 20 survivors from Benghazi.  These same Benghazi survivors have been FORCED into hiding and their names are changed.

NOW, we have a ‘terrorist threat’.  HA HA HA. Please.  Who believes this? IF something does happen and I am caught unawares.. It is because the war mongering psychos cried wolf one too many times.

Visiting West, Texas. The Forgotten Story Of A Monsanto Cover Up “Explosion”

God, Almighty, Damn are the words forever etched into my memory for eternity.

After I saw the first few videos captured by a bystander…I went into my room, fell to the floor and wept loudly in despair.  I wept more for West, TX than even the Prescott Firefighters and I live in Prescott, AZ.

How could the MSM have just tossed this tragic explosion (terrorist attack) under the rug?  How and Why?  Because the ‘false flag’ that was used was the Boston bombing. There were Seals at the Boston bombing and nobody knows why.

They had a legit lawsuit against Monsanto. It was tossed in 2008.  When Obama signed the Monsanto protection law, the West, TX fertilizer plant began to uproot that lawsuit…IMO, when Monsanto heard of this; They bombed West TX through Blackwater agents who are hired by Monsanto.  Don’t believe me?  That’s YOUR affair.. You can always do your own research.

Watch this video and do NOT stare at the middle of the screen/youtube, look at the right or the left and you will see the missile hit which murdered 17 EMS.

You don’t have to believe what your eyes tell you…But, I do.