I thought the evil Democrats wanted SEPARATION of church and state. LYING scumbags.

Democrats are OK with this:

He is very upset with “Catholic” Biden and the church.

Here is the whole sermon:

Of course you all know there is a LOT of voter fraud out there & we’re all standing against it. But, I feel like I HAVE to warn readers and please take heed: Politically speaking… I believe we are going to encounter the worst days ahead that we have EVER witnessed.

I believe these things are ‘in the works’:

1. The radical, far-Left has plans to assassinate Trump.

2. I believe they also plan to assassinate Biden.

3. I believe they will possibly ‘get rid’ of Kamala Harris as well.

4. GET READY for what I’m going to tell you next because this will potentially be something we have NEVER seen before.

7. The reason that all of these things are going to come upon us is because abortion was bad enough but many states now allow AFTER BIRTH abortion.. For this reason, Amy Coney Barrett, the new Supreme Court JUDGE was put in BY GODS HAND because it is THE SIGN that this nation will be judged first and foremost for murdering over 63 million babies by abortion/slaughter.

You can ponder these thoughts.. But, I have prayed to Elohim God and stayed quiet through CONvid and the election and these thoughts weigh heavy in my heart. I believe he has shown me these things in my spirit. And, because we are being turned over to our enemies, the Communists:

DO NOT THINK THAT THESE THINGS CANNOT HAPPEN.

Just a note to you Leftist ‘intellectuals’: Tools of the Left are ‘useful idiots’ and the first to die under Communist regimes.

Not content with murdering off 2 generations of baby Americans…Now, they are teaching your young girls about “BDSM”…(Sado masochism)  This is what modern day Feminist Liberalism is all about: Teaching your young ladies to become sluts who crave violent sex and then murder their babies through abortion.  The Communist Liberals don’t want them to be open to abortion only, they want your daughters to be used and abused.  I am glad I have no children in this day and age.

Watch both on their site: Susan B Anthony Pro Life Org

Jews in Israel will now pay to kill off their own people thanks to Communists.

Communists are genocidal maniacs.  What a nefarious way to rid the earth of little Jewish babies.  Murder them off before they have a chance to be little practicing Jews who love God and his Torah.  This is just sickening. Please repost this. Sure, they’ll call you an ‘anti semite’, but they (the Communists) are the ones wanting to murder off Jewish babies.  I am sure this will make the Max Blumenthals and David Dukes of the world ecstatic.

Israel adopted this week one of the most liberal abortion laws in the world, and will now provide government funding for non-medical abortions for Israeli women aged 20 to 33.

(They call this non-medical, I call it Herodian)

Also in thy skirts is found the blood of the souls of the poor innocents: I have not found it by secret search, but upon all these.  Jer. 2:34

Amazing.. If you oppose baby murder, you’re sexist.  This is so evil, its disgusting. Why am I even outraged.. Communists care nothing for life. I should be used to this, but I am not.  Obama is a baby murdering bitch.  God–> Damn Obama.  It’s something how the radical Communists always take up for ‘innocent’ children in the Middle East when Republicans are at war but care nothing for American babies?

Click-E-mail From BarackObama.com: Anyone Opposing Late-Term Abortions Is Sexist 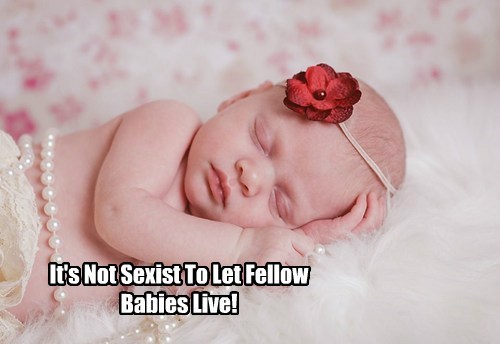 Isn’t it sexist against men to NOT let THEM have a say in the right of their own baby?? 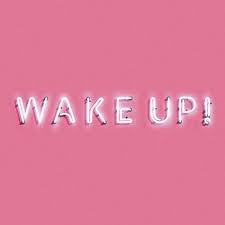 Jews, Blacks, Mexicans, Muslims, LGBT, feminists, atheists etc, etc.  are hated.  What you don’t seem to grasp is that people don’t just hate you out of nowhere. Some people don’t like minorities just because.  But, they are in a very small bracket.

You need to start facing facts:  You are hated because you are shoving your wants (not even needs) before the majority, who are white people and predominantly Christian.  You trample on whites and laugh while you do it. You write defaming articles on websites against white America with smug smiles.  You shove white people around with bogus lawsuits of phoney hatred.  Hatred that is actually in yourselves.

Jewish people are best when they stay out of Liberal politics & bless the nation that hosts them.  Your liberalism is a cancer in this nation.  Your love for militant homosexuality is an abomination and affront to God and you know this.  Your love for abortion is obscene.  Your anti-gun rants should have had you shot for treason long ago.  And, if that was not enough to prove to you that American whites are patient, I don’t know what is.  AIPAC is a waste.  Support Israel all you want, but having huge groups like this will cause resentment in dire strait, economic times.  The Tim Wise’s, the Dan Savages are some of the leading perpetrators of Jew-hatred. THEY are the ones that ‘make anti-semitism happen.’  Many Jews are BAD citizens.  Shameful and embarrassing to right minded, God fearing Jews who just want to live free in this country.  You top it off by calling yourselves the ‘true Jews’.  What a crock.  Repent to America, Humble yourselves.  Your evil is bringing Jew hate on ALL Jews.

Mexican people:  SPEAK ENGLISH. Stop demanding this nation cater to illegal people.  Stop going to welfare offices.  Stop supporting evil people as candidates for house/senate and President.  Encourage fellow Mexicans that don’t want to be legal citizens to GO HOME.  Stop the race-hatred against white American people. Stop pretending that America belongs to you–it doesn’t.   Mexico is for Mexicans, America is supposed to be for Americans. Stop La Raza and send them packing.  Stop your lying protests for ‘equality’.  It is white America who is treated like yesterdays garbage, NOT you.

Muslims:  Stop trying to shut people up that are trying to expose Jihad. And stop wanting to build mosques all over NYC.  ASSIMILATE.

Black people: STOP YOUR RACE-HUSTLING LIES.  A very small bracket of people hate you for your blackness.  They hate you because you are murdering, raping and robbing (mostly whites) all while blaming white people for all of your ills.  Everything is racist to you, BUT-nothing is racist. NOTHING.  This is 2013, not 1963.  Stop demanding whitey owes you–they owe you ZERO.  YOU owe THEM repentance and apology.  Your hip-hop, rap music is disgusting.  STOP IT.

Homosexuals: STOP thrusting your homosexuality on people that are not kosher with it.  You would have far more friends if you didn’t even converse about your sex life.  All this gay marriage has done has encouraged people to hate you.  Is this truly how you want to live?  Everyone hating you? Having deep animosity toward you?  Leave people alone.

Feminists: You are not an oppressed class.  Women get equal pay, run for seats in office and are treated FAR better than white males.  Treating men like dogs is not going to help in efforts if violence against women continues.  The abortion fiasco of murder is turning.  Its best you turn with it instead of fighting the tide of people that are against baby-murder.  That’s what it is; Baby murder.

What these groups need to do:

2. Stop harassing patriotic people.  Find common ground. Work toward freedom, work against Obama.  Obama is evil and you know it. Stop sticking up for this Bush 3rd term tyrant.  Help us impeach him, evict him and find a CENTRIST.

4. Fight against open borders, it is against national laws.  We didn’t just go broke because of Obama.  We are IN DEBT and cannot afford  any more foreigners.  It has nothing to do with ‘xeno-phobia’.

5. Stop calling people that oppose insane policies- ‘racists, haters, etc’.  We’re not haters, we love our once great nation.  We’re not racists, we are sick of racial crimes perpetrated against white people.  WE are the true ‘anti racists.’

6. Help us work on getting silent prayer back in schools, at least. If a person that does not believe does not want to pray, so?  Why should EVERYONE suffer because of a few?  Thats not ‘collective’.

7. Help to work on INDIVIDUAL freedoms.  Like the 1st Amendment. STOP writing anti-1st Amendment articles and pushing for ‘hate crime’ laws.  People would not hate if you didnt act nuts.

If there is more, fee free to add your opinions and post this all over, thanks.  UNTIL we see a positive change, though, we have to keep dissenting and opposing you.

Real good change as I am describing will unite us.

American Pro-Lifers, Let’s  Rethink Our Position When We See HAGS Like This

Sorry, but ‘females’, or I should say – monsters like this do not deserve to live.  Please abort these evil bitches from our soil, expeditiously and find it in your heart to let their offspring die.  They are not worthy of life and their children will be a cancer as well.

Abortion, in this case…is not murder, it is justice. Ridding the earth of one of their evil seeds is good at this point, in my personal opinion..

These abortion-supporting provocateurs  have also been rejected by even Satanists.   (THAT is how evil these man-looking tramps are)

Sorry I feel this way, but these, uh…. people… have made me sick.  This is the face of great evil.

If you don’t know this by now, then you are stupid. Hopefully, they will go straight into the liberal cities, first.   But, I doubt it.  We are frogs in the water.  That is what American’s are.

In NY, they left their people with 7 bullets for their guns. NY went down without a fight or a shot.  Why do you think they left you NYers with 7 bullets?  You are easier to murder.  Obama is a psychopathic, murdering, genocidal maniac – as is Cuomo.

We will ALL be affected by Obama’s, paranoia, insanity and madness.  His manufactured crisis’s and rape of our once great nation.   I can guarantee that “Liberals” will still not be happy when it’s through………..

Like Loading...
Hobby Lobby Must Obey The Monster-Bastard, Obama & Pay For Baby Murder Pills (Abortion)
`
I can’t stand this lawlessness.  I am tired of this.  Please God, please, please, judge this wickedness.
`
The Leftists are murderers. Demanding people go against their faith to supply baby-murdering women the abortion pill.
`

Jeremiah 13:26   Therefore will I also discover thy skirts upon thy face, and thy shame shall appear.

Jeremiah 2: 34  Also in thy skirts is found the blood of the souls of the poor innocents: I have not found it by secret search.