I hope they head to NYC, DC and most parts of Cali.  Go there.  Feel free to rape, murder and rob the ‘Liberals’ who love you.  Come where I am, and you’re a dead wetback.  Just keep pretending that Hussein Obama is the greatest thing since sliced bread.  And, you phoney AINO’s:  Keep being polite to this piece of SHIT.  This SOB WANTS a war.

Isnt it about time you  Repub ‘con’servatives & Blue Dog Dems go birther?  Impeach, and throw out the bastard and his illegal staff.  He is *NOT* my President. He is ILLEGAL which is why he helps the illegals. 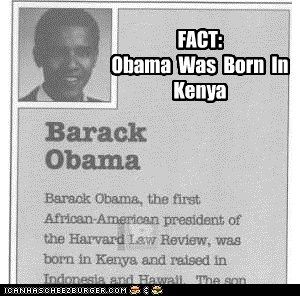 Chris Wallace asked Sarah Palin about her Paul Revere Gaffe. She answered all wrong. What Palin should have said to Chris Wallace was this:

“Mr. Wallace:  I said something a little off about Paul Revere.  But, lets get back to the facts; I still know that there are only 50 states and I know that the Constitution was written over 2 centuries ago, not 20 centuries ago, as our current Pres has suggested. I also am very aware that this is the year 2011, not 2008 A.D…..” 😉

Chris Wallace asked Sarah Palin what she ‘is up to’ re. her bus tour.  Palin answered all wrong. What she should have said was:

“I am on a bus tour, seriously thinking about running for Pres., 2012.

Chris Wallace brought up Mike Bailey’s book that Bailey has written against her, the book “Blind Allegiance.”  Palin was on the defense.  She should have said; “Mike Bailey has written a book, good for him.  I know it is a book that does not paint me in a positive light, and that’s ok. I am all for free enterprise and understand that this comes with the territory..

WINK, WINK…………….I can always use some publicity. It’s not like there is a book out there questioning my birth certificate.” 😉

HUMOR, Mrs. Palin….HUMOR. Less is always better than more.  Too much more..is a bad thing.

BTW: We are for HIRE, Mrs Palin. It will cost ya..We are for FREE ENTERPRISE as well…