Skip to primary content
Skip to secondary content
Many people come to this blog to check out what’s on my mind.. Some I get a ‘rebuke’ from, because I am blunt and brazen.  😀

In the 1920’s, Hollywood (Or WHOREWOOD) was not  the place to be a ‘holy’ or a good person, but it was meant for entertainment purposes ONLY.  The movie starlettes of the Silent Era left a lot to the imagination…

In the 30’s, Glamour Bombs were the RAGE… Jean Harlowe was the biggest Glamour Bomb of ALL time: 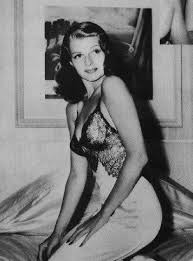 Ava Gardner, possibly the most sensual, classy star of ALL TIME:

HANOI JANE…the traitor to our TROOPS, “A Hollywood star” and part of the reason that America stinks now with her love for the enemy of our men- what a rotten witch…In the 1940’s, this filthy maggot would have been OUTCAST:

Breaths of FRESH AIR: Sophia Loren….CLASS, beauty exuding in that Italiano sex appeal without even trying… In this picture, next to the POOR MANS Marilyn Monroe (Jane Mansfield- ew!):  (Thank God that Sophia Loren was around, and this picture taken, to show that this was not acceptable. Thanks Sophia- you are TERIFFIC! Even to THIS day!)

Sophia Loren (my personal opinion was one of the most gorgeous stars to have ever hit Hollywood, next to Vivien Leigh- here she is from “How to marry a Millionaress”:

Raquel Welch, 1970’s..every woman wanted to “BE”  like Raquel Welch, but the sad fact is, Hollywood and entertainment started getting raunchy, and debaucherous, turning our daughters and young women into whores and using their reserved ‘sex’ appeal for public use. Remember, though, contrary to HANOI Jane- Raquel Welch was/IS a UNITED STATES Patriot, BTW.

Then we had more of the useless jerks: Vanessa Redgrave and her contempt for US troops, ALL while making money here.  (Nevermind, she does NOT get a picture!) She is s shameful maggot witch.

The 1980’s came along and with it, more of the Fem/Gestapo she-beasts came into play and started influencing, but still allowing women to be used as sex objects- what an OXYMORON!  Julia Roberts 1989-90- Imagine…making it ‘popular’ to BE a TRAMP!

Sharon Stone in the 1990’s- who thought nothing of showing her PRIVATE parts to the world, and then- dumb sheep white trash women- followed suit.

Then we have MADONNA

one of the most disgusting, debaucherous creatures of ALL- who made a total mockery of the Catholic faith, insulted them to the MAX by dancing with ‘saints’ in churches- this pig is one of the biggest slime buckets in the PLANET!

Another, is the FEMINAZI SHE BEAST, Ashley Judd…in this picture- WHOS WORLD?? Dont these debaucherous sluts get That young women follow them???

“CHANGE” the world…one slut at a time?? GEEEZZZZZZZ