Its no wonder ANTIFA was finally declared a terrorist group.  They took long enough.  They have 6 blocks in Seattle shut down. They’ve burned every city in the United States. Theyre terrorists.  Communist, radical terrorists.

STILL….people in the media refuse to call these bastards COMMUNISTS.  If you can’t name an enemy, you wont ever defeat them–EVER. Stop being cowards.

Read about this at Amy Mek’s  post on this blog via: American’s for Intelligence Reform. 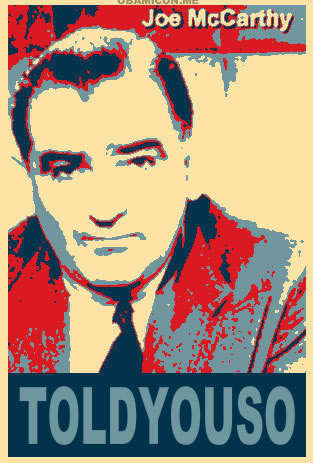 There is NO, absolutely NO unity that can be made with these Bolshevik-NAZI leftists.  Do you understand this?  They want you DEAD.  NO being nice.  No ‘reaching across the aisle’.   They want us DEAD. PERIOD.  That means you too, you sick, demented, maniacal, lunatic, ‘liberal’ traitors.

I am sick of this.

TIME FOR FOR A FIGHT.

In 1953, Senator Wayne Morse set a record by filibustering for 22 hours and 26 minutes.

One of the most notable filibusters of the 1960s occurred when southern Democratic senators made a filibuster that lasted for 75 hours.

What happened?  Was he also thrown under the bus?

CIA Analyst on Petraeus Departure: “TIMING IS TOO PERFECT… IT REALLY SMELLS” (Video) WASHINGTON (Jan. 5) — The suicide bomber who killed eight people inside a CIA base in Afghanistan claimed to have information about Osama bin Laden’s second-in-command, and was being recruited as a double agent to infiltrate al-Qaida, a former senior U.S. intelligence official and a foreign government official confirmed Monday.

This war is in America, it is the WAR ON STUPID! Stupid P.C., it is getting us SLAUGHTERED!  Before we can have a war to defeat Islamic terror, we must have a war against STUPID!

What in the hell is the matter with people?!  DOUBLE AGENT!! OF COURSE!!  America is NOT supposed to have operatives that are anybody BUT Americans, OR America FRIENDLY.

2. The FBI & CIA was warned not to use Muslim, but to use Jews that came from those lands; Arabic lands, Iran, even Afghanistan.. They were warned to use Jews, instead of Muslims in those lands, you cannot trust Muslims, you CAN trust Arabic etc. Jews.  Chaim Ben Pesach from the JTF.ORG told the FBI this YEARS ago.

3.  Terror is a method, you cannot war on a method, the enemy is ISLAM. PERIOD.  IF you cannot name WHO the enemy IS, how the hell can you possible defeat them?

4. P.C. = Political Correctedness- throw it in the ashcan.

Why are we giving Muslim TERRORISTS the same rights as U.S. Citizens? OR ANY Muslims for that matter?  P.O.W.’s are held IN detention until the end of the conflict!  If the conflict goes on 100 years, they can die in jail, but if they are tried, you try them in MILITARY court- NOT in Civilian courts!!!!

5.  EVERY member in the government should be FORCED to read a pre-1990 translation of the Qu’ran. If it was good enough for T. Jefferson, it certainly should be good enough for liliputians to read it! These people do not hate us because of our ‘freedom’, they HATE us because we are INFIDELS!!!!!!

6. STOP lowering the bar on standards, in the interests of ‘fairness’  We WANT the best and the brightest, SO RAISE THE BAR ON STANDARDS!

AND STOP PUTTING MUSLIMS IN AS ASSISTANTS TO THE D.H.S.!

It is the job of the government to protect us from enemies foreign and domestic, (Article 4 sect. 4) not pass “Health-Care” that nobody wants anyway.  Now, if you listen to this, maybe a small percentage of STUPID will have diminished!

This is very embarassing that the once greatest nation in the world has become a nation of STUCK ON STUPID AND DUNCE.

America is TIRED of the LEFT WING.  We are TIRED of LEFTISM. Face it you ANIMALS…you had 40+ years of DESTRUCTION- now its time for justice and vengeance.  I want that PIGLOSI OUT of office FOREVER.

WASHINGTON (AP) — House Republican Leader John Boehner on Thursday demanded that a bipartisan congressional panel investigate House Speaker Nancy Pelosi’s claims that the CIA misled her in 2002 about whether waterboarding had been used against a terrorism suspect.

“We have no choice,” Boehner told reporters, arguing that Pelosi’s remarks were having a chilling effect on the intelligence community.

The current “tiff” between House Speaker Nancy Pelosi and the CIA is a tempest in a teapot. The issue is not whether the CIA lied, regarding treatment of detainees, or misled the speaker and Congress.
Did the CIA lie to Pelosi and others? Duh! Of course they lied. It’s what they do! Our national intelligence apparatus is an instrument of national security policy designed to protect America’s national interest abroad. To do so it must employ all means of misinformation, obfuscation and guile to accomplish the mission.

Consideration of “due process” and the “rule of law” as outlined by the U.S. Constitution is paramount in this debate, and at the moment it appears the previous administration may be guilty of violating international law and treaties, which some define as “impeachable offenses.” Whether these actions were justified to protect our national interest and the American people is the real issue, one that must be decided by constitutional lawyers and perhaps the Supreme Court.

It appears that President Obama, constitutional scholar and adroit politician, clearly understands the long-term implications of this debate and will move prudently to ensure our safety and the preservation of individual rights as envisioned by the Founding Fathers.

Look at THIS news:

I was WRONG what I said about President Hussein Obama refusing to obey Nancy Pelosi and Barney Frank.  It was reported the other day that President Hussein O’Banana would not obey the radicals in his party and release top secret CIA documents to the public.  Guess what sweeties, HE LIED AGAIN.
Yesterday President Obama released the documents exposing CIA methods of dealing with Muslim killers and exposed CIA officers.  Yes *********, y’all were right and I was wrong for the first time in my life, he is a Muslim.
Of course this creep went on to say that his administration would not prosecute former Bush Administration officials or CIA career officers for following the guidelines established by the U.S. Justice Dept.
Does anyone believe this lying evil man???????
So, ME The Mad Jewess- I tell you ALL: HE IS A MUSLIM.  WAKE THE HELL UP DEMO-RATS!

By MICHAEL HAYDEN and MICHAEL B. MUKASEY

The Obama administration has declassified and released opinions of the Justice Department’s Office of Legal Counsel (OLC) given in 2005 and earlier that analyze the legality of interrogation techniques authorized for use by the CIA. Those techniques were applied only when expressly permitted by the director, and are described in these opinions in detail, along with their limits and the safeguards applied to them.