Curiouser & Curiouser….. I am really ashamed of ‘conservatives’ that have not had the guts to look into this, pretending that all of this information is some hoax… Even more ashamed that you have labeled REAL Americans (like the left does) that ARE looking into this as ‘conspiracy wackos’)  The only conspiracy, is the conspiracy to take our GUNS which is happening in NY, now.

What if this has all been a false flag dupe?  Do not Ms. Lanza and Adam Lanza deserve to lay at rest? 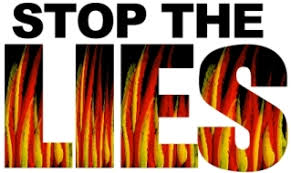 Like Loading...
This website does NOT believe in ‘conspiracy theories’.  We just don’t believe the left wing. (We dont believe Faux News all that much either)
`
Here is a google search for “Fox News Interviews Sandy Hook families”.
`
Youtube.com Search
`
Megyn Kelly Talked to someone ‘involved in the incident’ on the PHONE:
Here
`
Let me tell you something:  The “Tin Foil” hat wearers are the ones that just believe whatever the leftist media puts out there.  End of story.  If you can find ONE story where Faux News has interviewed ANY family members from Sandy Hook, lets see it. If NOT, do NOT make fun of us that totally believe that actors were involved in this situation-and for what? I do not know.  If you show me one video or anything of FOX interviewing ONE family member IN person, I will eat some crow, so what.
`
I believe something happened, of course. How many shot? DID people get shot??  I don’t know. I noticed the left immediately started going after the guns…Feinstein, the NAZI-Jew and other Judenrat filth pushing for gun-control, expeditiously…  Come on.. Why all this cover up, bad acting and FOX news not reporting ONE family member, yet, CBS, ABC, NBC did???
What? Are ALL of the families at Sandy Hook a bunch of leftists??  I notice they all seemed to LOVE “Prez Obama”.
`
WHATEVER… I am moving on from this story, because I discovered that some people probably think we are nutty here–that is because NONE OF YOU took the time to watch those ACTORS in those videos.
`

Shame on you.  Sacred to find out the truth. It may hurt you… Dummies..

I have watched all of GoldbugGal (Our other blogger’s) Youtubes re. S.H., CT and I must raise my hand. Something is wrong.  Plus the fact that I also blogged myself – on the other ‘mass’ shootings which were screwy as well, but nothing is as screwy as this Sandy Hook thing.  Why did they have all of that acting going on during S.H.?  I have never been into ‘conspiracies theories’, but after having watched many videos that show something is wrong with the ‘mass shooting’ at Sandy Hook; I believe the US Govt IS THE top-conspirator of all evil.

No wonder Cass Sunstein wants to BAN ‘conspiracy’ theories.. He probably is the stager of these events.  Who knows.. (BTW: This link is the Bolshevik leftist rag, the SALON) So, even those asses believe the govt has the potential of evil…

My hand is raised re. Sandy Hook, CT.. I believe that there is some set-up, of which I don’t know, except Obama (FOREIGNER, posing as prez) WANTS all of our guns.

Although she does not appear in any of the class photos, the media claims that 6-year-old Emilie Parker on the right was shot in the Sandy Hook massacre. Here she is shown with her parents along with her 3 and 4-year-old sisters. But the story that she was killed at Sandy Hook is not possible because here she is sitting on the president’s lap after the shooting.

See here for yourself, the pictures.

Maybe after you watch this video, you will see why Obama was faking crocodile tears after Sandy Hook..

EDIT: The Youtuber took the video down. Watch this one:

‘Daughter Of Obama’ Bites Off Biceps Of Wig Shop Owner & Spits Flesh Out! Took 4 Officers To Detain Her!