CNN Don Lemon: “Unvaxxed Should Not Be Able To Buy Food” Plus More:

In this video, this stupid idiot Lemon bastard even says ‘the tyranny of the minority’ (Unvaxxed) WTH? These below are the tyrants.

People, we are going to have to say to these absolute scumbag nazis:

“GIVE ME LIBERTY OR GIVE ME DEATH”

FIRE OBAMA NOW. BO Says “Good Thing About Being Prez, I Can Do Whatever I Want”

We know you do whatever you want, you pathetic tinpot dictator.  He has already ‘released’ over 180 military officials.  He changed the Communist-care mandate again, without congress, because he can.

He says he can:

The Weekly Standard: President Obama “quipped” today during a visit to Monticello with the French president, “That’s the good thing as a President, I can do whatever I want.”

His administration has taken boots on the ground to Libya & Egypt without congressional approval.   Arms Syrian Al Queda rebels – (CNN.com)    Covers up a terrorist attack (Benghazi) to retain his dictatorial status.  In what part of the Constitution does it say that a President has tyrannical, fascist powers?   Why did the liberals go insane when stupid Bush said the Constitution was ‘just a piece of paper’, but when Obama pushes the envelope even further (on a daily basis), its OK?

A white, Democrat President would not get away with this…We know why Obama gets away with imperial decrees on this blog:

Nothing more needs to be said.

I was watching the “Swing kids” last night on DVD.. So many horrible similarities in Hitler, Stalin and now Obama.  Watch this video @ 6 mins-7 mins (Thomas, the son turns his father in to the nazis.)  It seems that this is the way the radical left wants to take us, just slightly different:

Now, Obama wants to buy our kids off for a pot of porridge so they can sell out parents & patriots–God only knows what else.  It’s fascism, stupid. What the hell else do you think it is????

Obama wants to just bypass we the people.  Whether or not you Communist-Liberals like the Republicans – if this lunatic starts making your own lives miserable, you WILL want an opposition.

This is not how we do things in America, Democrat “Liberals.”  Enough of your double standards with this Communist or we go to war and may be forced to off every last one of you.  NOTHING this enemy, Barack has done has worked. Zero.  His Communist healthcare is the biggest FUBAR in American history and you know it.  Stop this madman so that we can avert war.  We do not want this.

But should the GOP stand in the way, the president indicated he’swilling to use executive orders to accomplish his aims.
“… We have a whole drawer full of good ideas. And some of them I can do on my own, administratively.”  LINK

Just another day in my F*ck you Obama spam mail.  Can you believe the gall of this drek?  Who is going to pay for this?  My husband just said he will get an HIV test when OBAMA the Muslim, Communist, asshole hands him the cash to do so–out of his own pocket.  Until then:

DROP DEAD, OBAMA. GO DIE.  THE WORLD IS BETTER IF YOU JUST CROAK.

Like Loading...
Whahhhh, he can’t take anyone talking about his highness…WHAHHH.  Boo hoo.  What a baby….!!!  If you can’t take the heat, get out of the kitchen, PAL.  Nobody wants you there, anyway.  You drone-crazy psychopathic idiot.
`
CLICK:  Americans for Legal Immigration PAC

‘This video seen below was hastily assembled to document that Facebook is actively interfering with the efforts to organize National Protests Against Barack Obama in all 50 state capitols on Sat Feb 16 11am to 1pm. This video documents 3 different ways Facebook is actively interfering with event planning efforts on behalf of the Obama administration.’

You can view the Facebook event page at this link…’
here

Pictures speak for themselves.  Any Jew for Obama is willingly a person that loves death and genocide & has a concentration camp mentality…. History is only repeated if we do nothing. 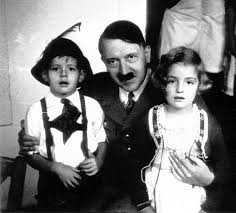 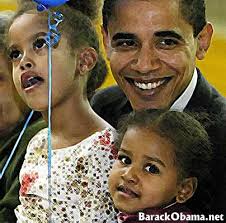 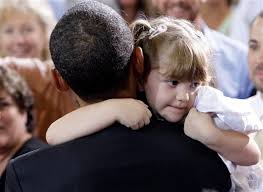