End Times Headlines reports that there are several states where this is happening. A LOT is not being told by the lying, Communist MSM about the state of the nation.  This is happening in NY, Pennsylvania and Michigan:  National Coin Shortage Forcing Customers To Pay With Exact Change or Card Only 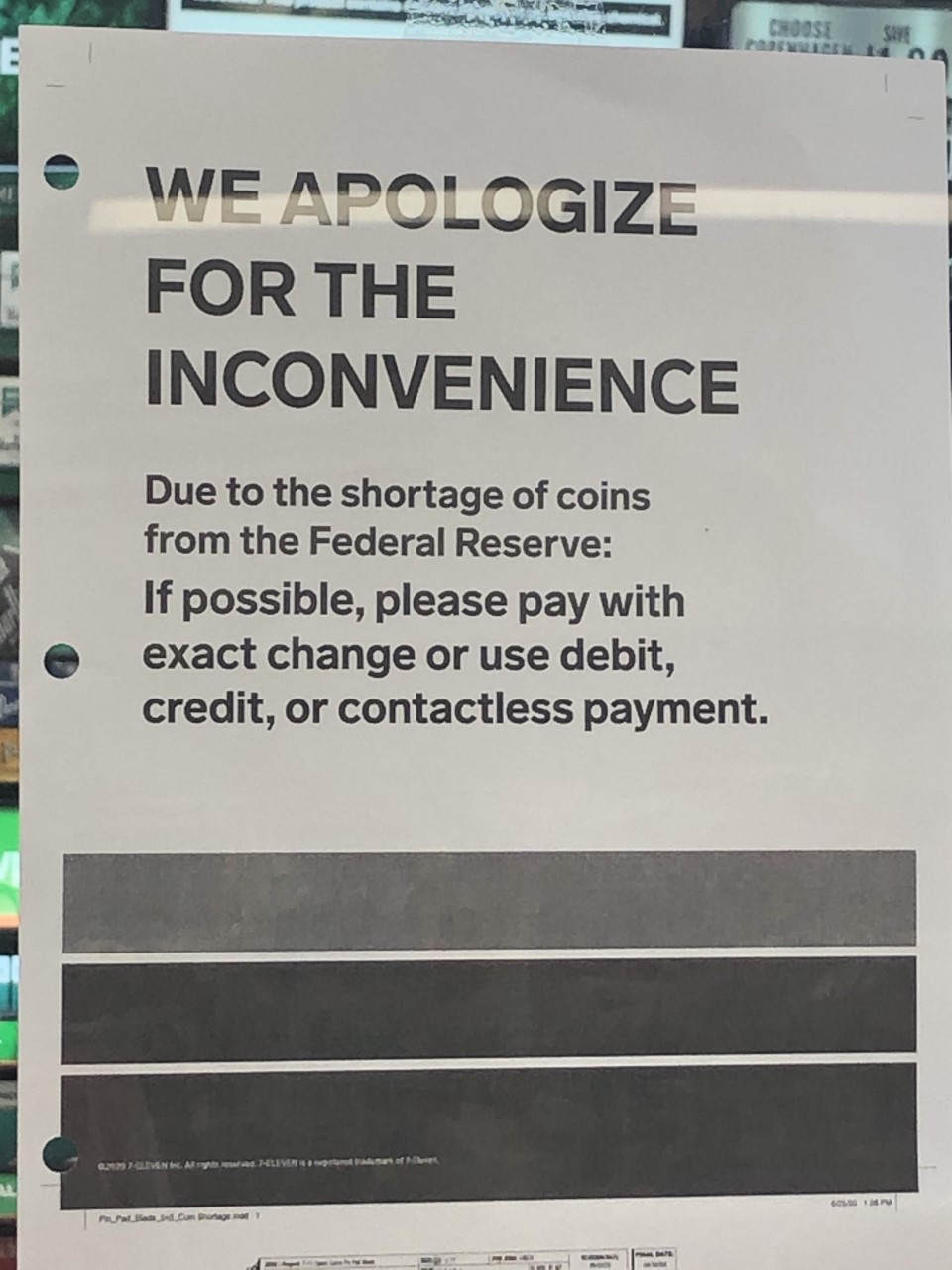 This Christian Pastor had a dream and in the dream he warned that there is going to come a coin shortage.  Looks like its already happening and he is correct:

Fort Hood…The satanic left, with their apologetic bs toward this ‘peace-filled’ religion… mocking our soldiers by calling it a “TRAGEDY.”  It was a TERRORIST attack.  A cold-blooded murderer, shot 13 people, and the MSM refuses to even tell you the truth, that there WERE at least 3 shooters, at least.

But, pay close attention.  America will most certainly bow to Islam.  It already has.  The non-leader, BHO- bowed to a MUSLIM Saudi King, he ranted on and on about his Muslim ‘faith.’  So, you will either bow to Islam, or get your head chopped off, here in America.

Because America has utterly forsaken the great I AM, the KING, and Creator, He will now turn you over to your enemies;  Things that will happen-  ROCKETS  all over America from enemies. Make no mistake, it will come, and the sad part, is that it will NOT tarry.  People will grow hardened, they will persecute Jews and born-again believers.

Terror will be all over America, and America will only grow harder, to face destruction.

Below, from the New Testament, the book of Revelations:

Satanists from the left, are the children of total destruction.

CALIFORNIA 7th graders forced to learn Islamic prayers; Click:   No wonder a pigs head was thrown into a Maine mosque