@DavidSheen: “Israeli’s Are Against Race-Mixing” Whatta Crock Of Crap…. I just watched one of Sheens BORING video’s on YT about how Israelis are against race-mixing..

Israel, like any other country has major issues like it’s heavy reliance on foreign powers.  But, its one major obstacle is Communism.  It’s enemy within is Communism, just like America.

The people of Israel that are religious want their people marrying each other.

Christians & Muslims are supposed to date only each-other.. but not the Jews, in Sheen’s position.  The Jews must date everyone..??  Well, they sure do in USA!!!  Just look what a mess that has made!

This below video shows quite a few pictures of Israeli Jewish women with blacks and Muslim black men. Sheen is a liar as are most Communist Erav Rav filth:

On David Sheens Twitter, he is outraged that the Jews want Jews to remain together: 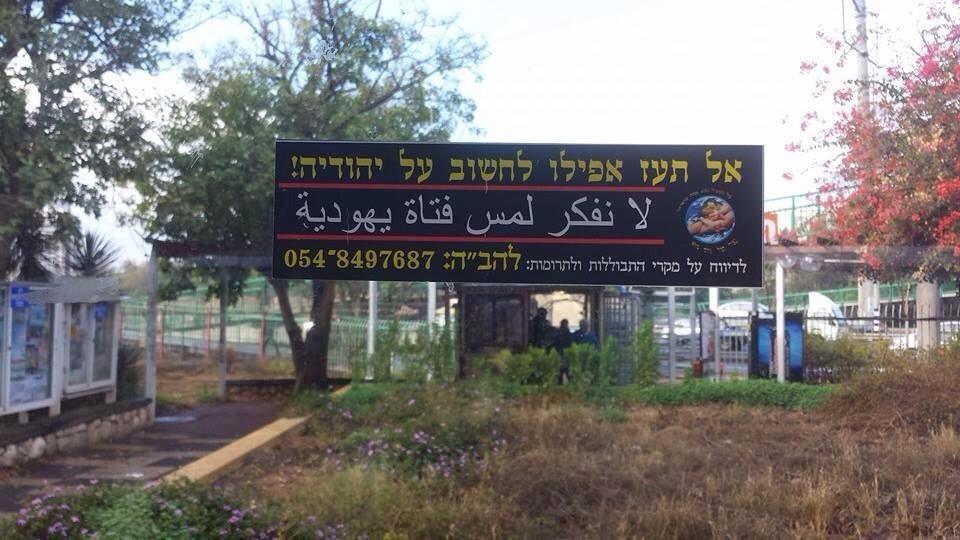 Sheen does not like this because Communism enforces race-mixing. Its the only sure survival for the Communist collective.  The only way Israel will not be Israel anymore – is with Communist destroyers killing it from within, demanding inter-marrying.   Thats the only way to make a people extinct without having to admit to outright genocide.

It is Chilul HaShem to hurt a person who is fighting enemies of HaShem. As Geller is more vocal against Islamic apartheid, Kapo-Judenrats make up nonsense to slander.  But, what can we expect from Communists who enable Islamic-Nazi-ism??  They cannot debate, so they defame.  They enable enemies of America and Israel.  The TRUE cancer and pox upon the Jews, no matter WHAT you believe or WHAT side you are on.

While we do not agree with Geller’s pro-gay stance, she is fighting the right fight against Islamic fundamentalism.

These crazy Jews (Neturei Karta) say they ‘reject’ Zion.  Well.. H’Shem rejects and is ashamed of them.

They want to answer to people, not H’Shem. These (Neturei Karta) ‘Jews’ said that the non-Jews  or “Christians” reject Zion. How does a Christian reject Zion?  How does a Jew reject Zion? Let’s just be honest.  These Jews are not against “Zion” per se, they are against Israel.  They love David Duke.  You think Duke really likes these people?  NOPE.  NOBODY likes a traitor.  He just uses them the same way Obama uses HIS “Jews”  Benedict Arnold went back to England to live after the Revolution, he thought he’d be welcomed as a ‘hero.’ Instead he was shunned as someone who could never be trusted.

Here is my contribution to these morons who hate Israel.  How do they do it?? Israel is out-numbered, 100-1.  So, they are with the bully.

I realize that everyone has different opinions on the subject. Fine. And, I have mine.  It is based on the holy scriptures.

How can these people be trusted when they turn their backs on their own blood?   These ‘Jews’ side with Muslims against Israel the same way they side with blacks criminals over white victims.

Once again, the Arabs are paying the left wing Jews like a violin. Left wing Jews against anything that is good and wholesome are siding with A-rabs, who want them dead, as their religion commands, against Israel.

There is a statement ‘read your bible’ in some religious Christian communities, especially in the south.  And that’s fine.  But, also; read your Quran.  Know your enemy.  Know the people that want to murder you and why.  Just make sure you read a pre-1990 translation before it was white-washed.

As per the 1979 agreement between Egypt and Israel, both countries get a couple billion dollars every year.  As per agreement, if they keep the peace.   But, there are plenty of countries that we give aid to just for the sake of giving aid, not per any agreement.  This website is against giving aid to any country even in good times and certainly not when we have to borrow money to give away.

Lastly: Why are these Nazi-kikes not protesting Morsi, a Muslim fundamentalist that just cut his people off from Youtube??

The protest was organized by Jewish Voice for Peace, the American-Arab Anti-Discrimination Committee, and Washington Interfaith Alliance for Middle East Peace. But other well-known groups such as Code Pink also attended.

AmeriKan Liberal and leftist-‘Jews’ voted for Hussein Obama, 69%.  Hussein is aiding the Syrian rebels.  You sickass Judenrats are murdering off your own blood in Israel.  You make me sick.  You  Erav-Rav are a CURSE in every land you inhabit. May Elohim deal severely with your lives, may he strip you of your dignity and publicly humiliate you, forever.

You have helped defile America.  Not content with that, you help defile Israel and destroy them, too.  SICK, demented lunatics. Yimach Shemo Vizchero.

Own it.  You helped aid this imposter, jokerman in the White house, you vomitous snakes.

Did this piece of filth look at his own ugly ass in the mirror?? He looks pretty white to me..  If many ‘liberal’ Jews wonder why so many people can’t stand their ugly asses, all they need to do is look at Frum.  Look at that nose-what a schnaaz.  And…that forehead. Sh’t, you could ski off of it.  And just look at that mouth, very big from so much sucking.

BUT, here is the great news… you know who is really over, Frum?

In two more months  the Bolshevik-leftist rag (Newseek) will no longer be in print.. So, who is REALLY over, Frum??  YOU.   Pot. Kettle. Black… and a ha ha ha.

This is one of his last entries for Newsweek propaganda:

H/T, DONNA-Brett Kimberlin We see you

Drug dealer, alleged child molester, and convicted perjurer, forger and Indiana Speedway Bomber (who is also believed to have played a role in the assassination of a grandmother), Brett Kimberlin, spent 17 years in prison before his ultimate re-absorption into American society He started a non-profit dubbed “Justice Through Music (JTM)” that has, since at least 2005, been funded by George Soros’ Tides Foundation and Barbara Streisand among other leftists.

Please tweet this old hag, I did, below. Thank you:

@BarbraStreisand WHY are you funding a TERRORIST? Brett Kimberlin Whose ‘Job’ Is Terrorizing Bloggers Into Silence? Are U NUTZ?

Like Loading...
Jewish Debbie Wasserman Schultz Thrown Out Of Jewish Temple HALLELUYAH
There is a GOD.  Even semi-religious Jews are tired of Obamas loud-mouth, lap-dog, Schultz. Ya got thrown out for being a TRAITOR to our people.
Good.
Hasta La Vista DEBBIE, you demon.
–