Interesting… I was surfing around for information on an entirely different subject and I found this:

Today there is swine flu. Perhaps tomorrow there will be fish flu, because sometimes we produce viruses by controlling them. It is a commercial business. Capitalist companies produce viruses so that they can generate and sell vaccinations.

Here is the full, interpreted speech:

Ya really think our sweet, holy, uncorrupted companies would partner with the US government to produce a virus just to generate and sell a vaccine? Nah…….

Bring Bush Back So That The Democrat Leftist MSM Will Start Holding SOMEONE Accountable!! 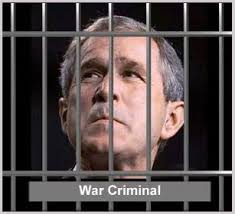 Bush would never have gotten away with Benghazi.  Bring him back so that the left will start questioning him as if it’s the inquisition.  If Bush started banning arms, (guns) the left would scream that he is a Nazi, Right-wing, Fascist.  When Obama does it, its OK.  Bush would never have gotten away with Fast and Furious–which nobody even remembers, anymore.  If Bush had put boots-on-the-ground in Egypt and Libya, (WITHOUT congressional approval) the MSM would be demanding his impeachment and calling him a war criminal (Which he would be,) but since OBAMA does it, it’s all good. Murder is OK when Obama does it..  If the gas prices were up to $3.89 (as it is today), it would be on MSNBC, CNN, ABC et al, non-stop.

If Bush were in power and he helped murder Gadaffi, can you imagine how the opposition would be against him?  NOT A PEEP when Obama does it.  If Bush were responsible for helping install Islamic, fundamentalist dictators in the M.E., the Liberal media would be screaming bloody murder (and rightly so), but when OBAMA does it, it’s peachy-keen, Josephine..

If the debt was at 16 trillion, and Bush was in office, the MSM would stay on air, 24/7, demanding he stop the spending.  When OBAMA does it, and then has the GALL to say; “There is no spending problem.”  The left agrees; there is no spending problem.. If Bush signed NDAA, the left would be screaming HITLER RISES!! (They would be right), but when Obama does it, its justified……I could go on and on, but you follow the general point.

PARTISAN MUCH, COMMUNIST-LEFTISTS?  HELLO?  Can someone start reporting the NEWS?

People who understand affirmative-action know that Obama gets away with this insanity because he’s black.  End of story. 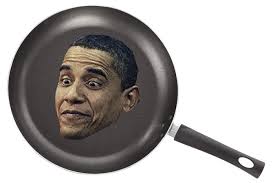 We have a Chicken in the White House ripe for plucking, but sadly, these will not be Romeny’s opening remarks at the debate..

Theme Mr. President, “the abysmal & desperate state that this nation is not about me.”

Leftists crave Jihad so bad.. Well, its coming, America.  It IS coming.  Only the JIHAD will come from GOD.

“Even if my father and my brothers are martyred, I will continue my fight against Islamic terrorists in Libya.

-How long America- will you trounce around like a whore and attack like a demon, without fearing any repercussions?  You think God cares nothing for these people and only for us? These people in Libya are fighting ISLAMIC MONSTERS AND WE ARE AIDING THE BEAST.

We are HELPING HAMAS IN PALI as well…  You want ‘blowback?’  Well, now you’ve got it.

You can thank that evil bitch, Hitlery Clinton and her lesbo b.f.f., Samantha Powers for this MESS. We should NOT be in Libya. If Libya falls to these ‘rebels’, it will be just another country that will become an Islamo-fascist state.  Which is what Obama and his buddies in France and UK would love.

Really…Gaddafi puts these snivelling congressmen to shame. Why in the hell should Gaddafi just ‘surrender’ to NATO Forces led by Hitlery Clinton, Samantha Powers and the boy, Obama?  It really is a screwed up time in our history, to actually feel like I am rooting for a country that is not my own.  This is total insanity to me. For real. Never in my life would I have thought this way…But never in my life would I have imagined that we would have a Muslim/Marxist as our C.I.C. -Bring our troops home and Go Gaddafi.

I wonder how this Gaddafi feels now that Obama is the biggest back-stabber?  I guess in a nutty way, he is in the same boat as many of us.

Geeeeezzzz, what a f*cked up world.

You may hate or love Gaddafi, that is your prerogative.. But, Clinton and Powers gave the word for NATO forces to attack Libya. Obama was on his April vacation when this mess started in Libya. Clinton and Powers took advantage of this and decided that they are more powerful than the Congress, who have done zero to stop this invasion that they, the Congress-didn’t even vote on!!! Libya is a massive clusterf*ck. These female bitches have a new drug, its called the “Responsibility to protect”, drug: which is female, hormonal, hogwash.

America has a responsibility to protect American citizens (legal). Which is why we have a military.  Libya has done nothing to America, since Pres Reagan dropped a bomb on his tent.  Libya was minding its own business.  Now,  the US with NATO are in Libya – invading, stealing gold and oil.  THAT is a “responsibility to protect?'” How?  This is a lie. The MSM is rigging up the American public to actually believe their 100% fabrication that Libya possesses WMDs.  Lies, lies and more lies.

Let me tell you something about the east; The east does not care if a woman is left or right, good or evil.  They do not respect women, and now, they will respect American women, the least. That is the way it is over there. US “democracy” which is just another lie, will not change a mindset that is 5,000 years old.

Leftist women have always been the downfall of American women, but these 2 bitches take the cake.  There is NO WAY, now, that you will EVER see The Mad Jewess vote for a woman. EVER. There are good, God-fearing American women I think are great.  But, make no mistake, if we get a woman for President, GOD FORBID… We WILL be attacked because of the idiocy, and IRRESPONSIBILITY of Hitlery Clinton and Samantha Powers.

Men; You had better stand up and put a man in. A Christian, God-fearing, White man that is strong.  DO NOT allow a woman to get into the White House, it WILL be disasterous. Not to mention, that if a woman wins the primary, we will never hear the end of “THATS SEXIST”.  Have we not already had enough of “THATS RACIST!?

Obama is full speed ahead with wag the dog. Many American idiots are falling for this game.  I am not.

Obama  and the left wingers create a crisis in Egypt, and demand Mubarrak step down.  Stupid American sheep were all over blogs, left and right saying “That dictator needs to go!” What did Mubarrak do to Americans? Nothing.  In fact,  Egypt’s Anwar Sadat made that ‘peace’ deal with Israel in 1979, (Carter was pres.) and  Mubarrak kept this deal, for the most part. After all, Egypt got 2.3 billion out of this ‘peace’ deal, and Israel 2.3 billion USD plus another 400 million for the fakestinians, annually.  So-Who has taken over in Egypt? Nobody knows for sure, because Obama moved on to Libya to demand Libyas Gaddafi step down.   Now, Americans, like stupid sheep are demanding his death..

When the Manchurian, Obama saw that this was not moving, he then demanded Syrian King Assad step down.  When nobody paid much attention to that hype, Obama and Co started lying about what is really happening in Libya, and Americans fell for this lie, hook, line and sinker-all weekend long.  What has Gaddafi done to America, that Americans are screaming for him to step down? What? President Reagan took care of Gaddafi in the 80’s, and we hadn’t heard from him since. The Lockerbie? I can see families of that terrorist attack wanting him dead at this point.   So-all of the sudden, Americans are blood-thirsty for Gaddafi to step down, even be murdered.  It is murder. This is all pre-meditated. Killing is self-defense, murder is pre-meditated.

I didnt like Bush, but at least he turned Hussein over to his own people. Not so with Obama.  Obama is trying to make himself out to be some big brass that deals with dictators.  He is the damned dictator. The only tyrant that needs to go, IS Obama. He is the dog we need to wag the hell out of office.   He is a war-monger, worse than even Bush and the RINOS.  Where is the phoney liberal outrage? They were screaming and crying during the Bush regime “BUSHS WAR!”… Not a peep on OBAMAS WARS.  Not a peep how we are on offense all over the east, opening a can of worms that will ‘blowback’ for sure, now.  America was never an ‘offense’ player, we were defense.  Now, we are offending this whole world, and I feel ashamed.

What about the phoney killing of Bin Laden and NO pictures to show his death? More wag the dog.

Obama is a TERRORIST:

This White House is FULL of terrorists, Marxists, leftists and fascist Muslims, PERIOD.

Tripoli, Libya, Aug. 22, 2011, 1 AM CET– On Saturday evening, at 8pm, when the hour of Iftar marked the breaking of
the Ramadan fast, the NATO command launched its “Operation Siren” against Libya.