America: Spiritual Desolation. A Civilization, Gone With The Wind.

Our nation started out with a revolution against the same type oppressors we fight today:  Only ours are Communist enemies, within.  (Still, the same European evil spirit of collectivism)

Our fathers  were young, wild and free.  The taste of Liberty was mouth watering.  The air of freedom was soul refreshing.

At times, my husband and I drive around to our stores together.  As the first Communist, Covid closure was coming to an end, I asked my husband:  “Do you feel this empty feeling, like a desolation?”   To my surprise, my husband, “Mr. Logical” surprisingly said “Yes, I do”.  That shocked me.  He is usually not on the ‘up and up’ with ‘spiritual senses’.

And…It is a spiritual desolation that has encompassed this land.  The nation has no protection from the Almighty anymore because of the lawlessness.  God and Lawlessness cannot dwell in the same space.   Sure, individuals that love God have his spirit but the beautiful air of freedom I knew and loved so well as a youth is gone with the wind.  When they ‘cancelled’ Gone with the wind, the movie.. It was a mental phenomena, totally mind-blowing in my opinion.  Because that is what the whole land of America is now:  “GWTW”.

At times, I ponder the  psychological tornado that started to hit America in February.   The first event I really started to take notice of was CEO’s resigning from their position…thousands of them.. I knew the NYSE would follow and it did. And, bigly.   Then, it was people locked up at home.  Then, the mask fascists.  Then came the violent, psychopathic, Communist pigs burning cities, looting, rioting when we were all weak from the Wuhan Kung Flu psyop:  Thats how repulsive and disgusting the Left is — kicking a dog when it’s down…     Then came the removal of our statues – which made me nauseous – and Communists desecrating war memorials..I was grieved, NO end.. We’re down and out.  Over and done. Finished. Kaputz.  It can only get worse, ending in starvation.

Its a spiritual desolation.  A total abomination.  I used to wonder what that passage meant in Daniel: “the abomination of desolation”.. Well, I feel it now. With every fiber of my being.  My online prophetic friend, Tim Shey tells me to not  be negative.  And, I try.  But, I ask you…how can a patriotic person be happy or positive without a country?   Its like a hole in the heart.  An empty spot.  All I can do is focus on eternal life in Heaven at this point because the earth, to me…is desolate.  Especially in America.

Gone With The Wind Celebration Here! 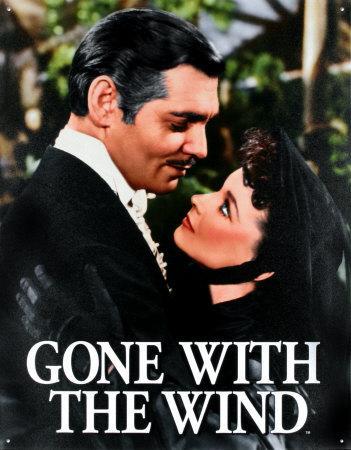 We’re celebrating the movie, Gone with the wind over here.  This was and has always been my favorite movie AND book.  I was always a little renegade-ish in school.  When they taught us “Civil war” history up in Long Island when I was young…it was always the same: Yankees good, Confederates bad.  Yankees freed the slaves, the south wanted to keep the slaves…etc.

Then, in 1977, Gone with the wind was released on HBO.  I was in awe of this beautiful movie. The dresses, the estates, the accent.. And, Vivien Leigh was SO beautiful.  Rhett Butler, the most handsome man I had ever seen in my whole, entire life.  Hell, I married a blonde Clark Gable looking dude.. (he died, tho).

The story fascinated me and continues to fascinate me. ESPECIALLY The flight to Tara that the character, Scarlett O’hara had to endure has given me strength thru my whole life.  The ‘other side’ of the story made me really wonder what it was all about… I began to sympathize with the southern side because the Yankees burned their homes down, raped the southern women, left them desolated.  I would proudly proclaim at a young age that I was NO Yankee.   I used to think: Why the hell would the southerners buy slaves to produce just to beat them? It made no sense..

The part of Mammy was one of my favorites.  Because I never saw Mammy as a slave in this movie. I saw her as a member of the family, like a strict Governess.  I didn’t see Prissy or Pork as anything but family members.  So, when I read the book, I was even more surprised to see that O’Hara’s thought of them as family, also.

Come to find out in accurate, historical books I have read over time…many of the former slaves stayed with their southern families.  Im sure there were slave owners that were bad…there are always bad people.  But, many former slaves stayed with their old owners. Why? Because they were family.  Is it wrong to have slaves?  Of course.  This is why I hate the US Govt because we’re tax slaves.  Its just a matter of time before we are ALL enslaved: Black, white, Asian, Hispanic, etc.  The US govt doesn’t make us ‘family members’ as the southerners did with blacks, though.

At any rate… The book is a thousand times better than the movie and the movie is stunning.  Get your GWTW on Blu Ray if you’ve never seen it.  It truly is the GREATEST movie I have EVER seen.  Its a part of our distant past even tho fictitious.