If you carry guns or not (it’s your choice). But, I know for a fact that an armed society is a polite society. I lived in Salinas, Central CA. And, I lived in NYC. Both states are gun-controlled and the crime is chaotic. Where I live now in Northern AZ, everyone carries and there is hardly any crime. It’s simple: The criminals and the violent know they can be shot if they cause criminal issues. It’s really that simple. We don’t walk around worried here. In NYC and in Cali, you are worried all the time because the criminals have guns and you do not and you could be murdered in a drive by, or robbed, raped, etc.

This was written in 2011 on “Coach is right” and linked by the “Free Republic” “If you try to take our firearms, we will kill you.”

I posted this again because the CommieCrats need to understand that they are pushing men over the edge and many people could be killed if they don’t stop their insanity.

THEY ARE COMING FOR YOUR GUNS. THEY KEEP SAYING THEY ARENT, BUT THEY LIE. THEY LIE BECAUSE THEY ARE OF THEIR FATHER, THE DEVIL.

DISARMING IS THE COMMUNIST WAY.

Someone please put a fork in Nadler.

CBS Commies Took A Poll For Gun Control. Color Me Surprised On The Commie Idiot Results:

Commie-Crat CBS took a ‘poll’ for gun control… The ONLY people who even visit CBS are Commies, Leftists and Liberal jackazzes.

I’m not even ‘into’ guns. I have one but am really not ‘into’ them. Its not my sport of choice. I dont want to EVER have to use a gun on another human. All the same: It is a basic right that belongs to Americans….Just another freedom that the Fascist Left is after.

There will always be people who do not like Jews. But, there are those who can’t stand Jewish people because of Left-wing politics. Since these politics are completely America-hating, freedom-hating… I have NO choice but to say something.

The Communist, radical, Left has fashioned our cities to be extremely violent. With more Communist gun laws like these, law-abiding citizens will be beaten, raped, robbed and massacred.

……And, this is precisely that type of country the Left wants.

I hate writing posts like this. But, facts are the facts: Us Jews (from whatever sect: Reform, Conservative, Orthodox, J4J, Messianic, etc) are supposed to be a ‘light to the nations’. NO MATTER WHAT. Too many Left-wing Jews have become a BLIGHT to this nation and are dirty, rotten, Bolshevik, Eastern European firsters.

This is out n out anti Americanism and hatred for self defense. New Gun Control Bill will cause terrible anti semitic Jew hatred.

Thank God for these fellow Jews: Jews For The Preservation of Firearms Ownership

Obama, The EVIL Wants MORE Gun Control. Go Help Your Murderous SONS In Chicago, Barack. Obama Calls For Greater Gun Control After Atlanta Shooting Before All The Facts Are Even Known

This satanic filth never misses a chance to open his creepy mouth.

You know what? Obama is anti Christ. We will see this YAP become a figure on the worlds stage again. Very soon. So, watch what this miscreant says and does. After all, he is the one running the ch’t show at the White House.

This is just another reason that I am happy I left the GOP years ago.  They’re Pinkos.  They’ve been Pinko’s from their beginning.  Read the Book, ‘Lincoln’s Marxists’ by Walter Donald Kennedy  and understand that the war of the states was not even about slaves.  It was about CONTROL and the Republicans were the ones wanting CONTROL over Southerners.  I hope you understand that the war we are up against is really NO different than the 1860’s Northern aggression.   Most people do not understand this:  The Southerners were fighting radical Left wingers.  Republicans…They’re NOT your friends.

DIXIE is under the gun of the Feds.  My husband and I are moving South to fight with the Confederates. We’re selling and leaving the fast turning Communist West. 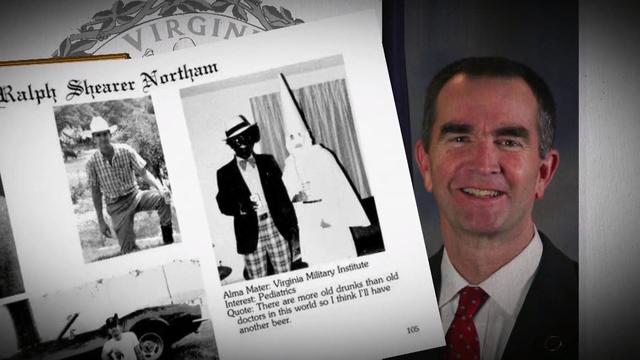 NORTHAM: Take a hint you stupid gasbag.  Did it ever occur to you that you are driving people insane?  Does it ever occur to a damned, Communist Left-wing, piece of garbage that they push and push and what they’re doing is encouraging their own deaths?

Because many Leftists are going to die.  Thats the future of America.  In the video below, the guest is saying that “Antifa” and the Black Panthers (plus other Left wing pukes) are going to the Virginia protest against totalitarian, Stalinist gun-control to fight men who have been target-practicing their whole lives. Their descendants before them.  Good luck, b’tches.

CNN HAS BEEN INSINUATING THAT THIS IS LIKE “CHARLOTTESVILLE”….Thats BS.

Its about the Virginians SECOND AMENDMENT RIGHTS BEING THREATENED.

The most frightening thing I am thinking about is the fact that the Southerners have been kicked around for long enough and this just may start the “Civil War” the Communist Reds are begging for.  I believe there might be violence because of this piece of garbage Black Face Northam.   ITS NORTHAM’s FAULT, 100%.  Behind the scenes, this monster Northam Stalin is smiling with glee…because there is NOTHING that a Communist loves better than blood.  They love it.  After all, its rumored that Hillary and the rest of the Communist Cartel of death–drink baby blood… It’s probably true.

All good people should be praying that things do not break out in violence.  Because even though Liberal Leftist Communists are disgusting pigs… Bless their hearts…God still loves them (puke) even though many will die in the near future.