If you ask me…I believe the Joe Biden/Obama administration are using this event in Ukraine so that people will blame Russia for everything.

ARIZONA’s #McCainTheInsane Worried About Moldova. He Was There In 2012. For What??

We already revealed to you that McCain was in Hungary in January 2014: John McCain & 6 State Reps Were In Hungary ..

You need to understand that the MSM lies to you, daily.  And, I believe it is my patriotic duty to advise you of the perpetrators in this issue with Russia & Putin. 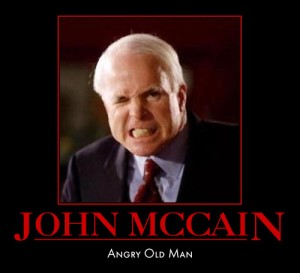 First of all, this is a red flag for Moldova:  Moldova expects clear EU membership perspective.  WHY would they want to join the old hag, EU? And, is McCain and company going to force-feed Americans some lie like “Moldova wants freedom?” As they burn the city down?

Why?  Is he sending his NGO terrorists to blow the place up if they don’t join the EU? Here he is with Moldova dignitary in 2012, WDC:  CLICK

The photo from that page:

Moldova’s Foreign Minister Iurie Leanca met with the US Senator John McCain yesterday in Washington in a two-day long visit of the Moldovan statesman to the capital of the USA. This was in 2012.

That’s not all.  This old bag was also in Estonia, a couple mos right before the Ukrainian “Color Revolution” in 2004:  Hitlery was there also (Probably instigating the color revolution, no doubt)

Why was Hillary in Estonia in 2004? WHAT was Hillary, who was a NY Senator in ’04 doing in Estonia?? We were swimming in debt.   Why was McCain there?  What is an Arizona senator doing in that part of the world and why is he blaming Putin & Russia for what HE is initiating?

WHAT IS AN ARIZONA SENATOR DOING IN THE BALTICS AND RUSSIA’S TERRITORY??

Looks to me like McCain and pals are the ones starting this fight, not the vc versa. For what? And, how much money is involved?

It is IMMATERIAL to me if they are Commies over THERE.  America is our issue & IT’S new-found love for Communism. *Puke*

Yeppers, I DO laugh at BO over Crimea.  I can take humiliation.  Because America and Europe are the ones who want to ‘recapture the Soviet states’, not Russia.

Russia never would have went into Crimea if it wasn’t for McCain and his merry band of neo-Nazi jackals with their terrorist, NGO (“Non governmental organization”) lead in part by George Soros who now wants to throw his new prize, Ukraine under the bus: Soros Predicts Ukraine Could Ruin EU...   ..Russia will be there to pick up the pieces for Ukraine as America & Europe used her like a whore.  Disgusting!  Used her for media purposes to form their new boogey-man: Vladimir Putin.    It’s damned embarrassing & sickening to me.   John McCain should be FORCED to live in Syria with his Muslim bro’hood rebels.  Nuland should have her ta ta’s cut off.

Paul Craig Roberts (who I dont agree with on a couple of things) is so good telling these animals off:

And, I say…..You LOSE again, Obama and also Merkel.  Russia isn’t the ‘bad guy’, you are the oppressive Stalinists now.  Anyone with a brain can see this.

Now….Wait…I thought that “NGO” (Non governmental organization) schpiel was ‘Russian propaganda’…  Sure and the White House pumps out NO propaganda….SMH…..Watch how Russia might have to go into Hungary to save Hungarians just as he had to do with Georgia and Ukraine.  All while the USA makes him out to be the mad man.  It is not Russia & Vladimir Putin forcing his its way surrounding states/countries.  It is EU/USA and their “NGO’s”

We have already posted about John McCain lecturing Hungary: John McCain & 6 State Reps Were In Hungary Vamping Up “EU Energy” Rhetoric. This Could Be Another Ukraine

Dr Tillemann is scheduled to deliver the keynote speech at an event titled “For a More Transparent NGO Sector – 8th Workshop on Governance” hosted by the American Chamber of Commerce in Hungary.

Click here to read a transcript of Dr Tillemann’s lecture.

The REAL conspiracy is the conspiracy that is keeping you Americans from the truth of how OUR government is forcing its way on many small countries all over the world.  It is NOT Russia, it is EU/USA that is the totalitarian octopus.  Russia is only reacting.  USA/EU is on OFFENSE, Russia is defense.

John McCain & 6 State Reps Were In Hungary Vamping Up “EU Energy” Rhetoric.  This Could Be Another Ukraine

We could be looking at the same type scenario in Hungary, it’s just a little different than Ukraine.

Hungary is facing elections in April: Hungarian parliamentary election, 2014, April
Another European “Far right winger”?  is running for office.  Leader of Hungarian far-right party Jobbik held a rally in London.    It is rumored that Jobbik is pro-Russian: Fidesz loses, Jobbik gains support in February.   But, then again, so is the current leader, Orban: How Fidesz learned to stop worrying and love the Russians.

So, how does McCain fit into all of this?  We here – who know the truth about the situation on that side of the world – know that John McCain and the NGOs (Non government orgs) want Pro-EU leaders in charge so that those countries will go with EU Energy.  So, will this mean another Ukraine in the near future? Like the summer?  We don’t know and certainly hope not.

Here is the idiot, McCain in Hungary with:

We also expressed our hope that Hungary will address its energy security needs in ways that further diversify Europe’s supply of energy.

He told the Ukrainians the same type thing. That is what these staged revolts are all about – EU ENERGY:

He also said the ‘buzz word’, “Opposition” in his Hungary diatribe, 3X:

We have had the opportunity to meet today with Prime Minister Orban, with opposition political leaders, and we just toured Hungary’s parliament building..

We have assured both the Prime Minister and the opposition that the United States remains Hungary’s committed ally and friend.

We also discussed with both the Prime Minister and the opposition our many common foreign policy interests.

Are we looking at the same type scenario in Hungary if the EU Global cabal does not get its way in the Hungarian April elections?  And, what will be the propaganda they push on silly Americans?  That all Europeans just want to be free of “Soviet Russia?”   What John MCCain and pals are doing, is undermining Russia & seeking to isolate the Russians to make a buck.  Which is why Americans are now very anti-Russian.  They are propagandized to hate Russia for no reason.

Most pseudo-conservatives can’t even answer you when you ask them why Nuland, Murphy and McCain were in Kiev, 2013.   They just tell you, “You’re pushing Russian propaganda.”  But, offer NO explanations..   In this article above, McCain says that HE and the Globalist cabal integrated Ukraine into EU.  This above article is from JANUARY before Yanukovych was ousted & fled the country.  So, if you believe the hype about these people ‘wanting freedom’, you’re just a blithering idiot.   It has nothing to do with freedom….

It has everything to do with EU Energy.

Here is McCain with Orbon Hungary. Orbon on right.

The Next Country America/EU Plans To Take Down: Hungary?  John McCain Chastises Hungary:

Decrepit wacko:  Stay out of other people’s countries and go to a nursing home.

Read below and discern for yourselves.  In my opinion, McCain is saying:  “Either you elect an EU/USSA puppet as your leader or we build an opposition group and tear your streets apart, just as we did in Ukraine.”  THAT is what he is saying…in my own synopsis.   Comical, also – is McCain saying “The free world.”  America?  The free world? Ha.  We were ranked 47, next to Romania just the other day.   Shut up!!  You old, senile dirtbag.

US Senator John McCain visited Budapest on Friday and made these comments in a press release. He added, “The United States and the rest of the free world have an abiding interest in Hungary’s continued development as a strong, inclusive, and tolerant democracy, with a free market economy, an independent judiciary, and a free media. It is our hope that Hungary’s upcoming election will demonstrate the vibrancy, competitiveness, and fairness of Hungarian democracy.”

RamZPaul is visiting Hungary, this is his opinion:

–It brings a whole new meaning to the phrase “burning money”. The Hungarian Central Bank has begun recycling bank notes withdrawn from circulation by turning them into fire briquettes and donating them to the poor who can use them for burning.

Think this cant happen here? It has happened before in America.