Our Govt Has Been WRONG On EVERY War/Proxy War Since Vietnam & Suddenly They’re “Right” About #Russia & #Ukraine?

How many GOOD men from this country signed up to protect the U.S. Constitution and ended up in a politician/banker/war for oil clusterf’ck? Ever since I was a young girl, this country has been in some type war.

THIS IS TOTAL BULLSHT!

SO: WHAT WERE WE DOING IN THE MIDDLE OF THE 6-DAY WAR? LBJ SENT GOOD MEN TO THE MIDDLE OF A FOREIGN [M. Eastern] WAR WE HAD NO BUSINESS BEING IN OR NEAR.

HOW MANY SAINTS AND PROPHETS WERE MURDERED IN SYRIA BY OBAMA’S ISIS FRIENDS?

This is totally unbelievable.  But, not really if you are spiritual.  The whole world is being judged.  Gods spirit is lifting off the earth because the planet has turned totally evil, corrupt, violent and lawless.  Gods spirit cannot dwell in this type atmosphere.

This is what the planet looks like without angelic protection and it’s going to become much, much worse. 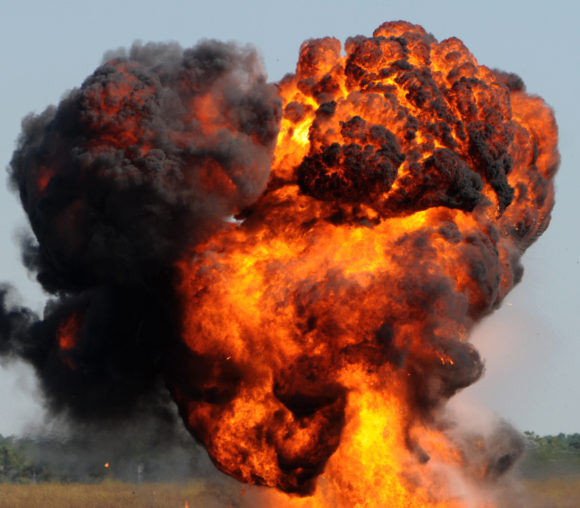 As a few of us covered our government under Obama and his quest for Islamic and Communist/Left domination in the middle east, most outlets did not.  And, that covers most Republican, Conservative outlets as well.  Republicans and pretend anti-war Democrat Leftists both seem to love more war..

The Main Stream media Left-wing outlets are lamenting Soleimani but they seem to forget that their Left wing hero, OBAMA armed ISIS.  So, who’s ‘side’ are they on?

Politico: Who was Qassem Soleimani, and why is his death a major development in U.S.-Middle East relations?”

CNN: “Analysis: It’s important to remember the role Soleimani played in the fight against ISIS”.

MSNBC: The 62-year-old led Iran’s elite Quds Force, which had a hand in both fighting the Islamic State militant group and U.S. forces.”

I find it rather peculiar that the Left has ‘all of the sudden’ turned on OBAMA!  Does this suddenly mean the Left will want to bring back OBAMA and impeach HIM for crimes against humanity?  Lol…

And….What a tangled web they weave when first they practice to deceive.

Zero Hedge, usually right on with most topics save topics of Jews and money in which he is almost always wrong:   https://www.zerohedge.com/news/2015-05-23/secret-pentagon-report-reveals-us-created-isis-tool-overthrow-syrias-president-assad

It’s an extremely confusing situation….As for the Conservative Christian faction of the spectrum… Where are YOU going with this…….. ? SEE:

A mass was held in the evangelical church of Aleppo, Syria to honor the martyrdom of General Soleimani who had an essential role in the liberation battle of Aleppo against US-backed Jihadists. pic.twitter.com/yEgU4FyRAO

We most certainly do support troops here and  are not ‘pro’ Soleimani like Left wing radical, America-hating gangsters.. We most certainly admire & respect President Trump in many other areas..

BUT:  I think me and my husband will obstinately stay anti-war, sons and daughter of peace.  More Switzerland-like..

After all, didn’t Jesus say: “Blessed are the PEACEMAKERS?”  And, who can deny that Jesus said the most profound things in confusing times..

There are many of us who are not “MAGA” ‘Ra Ra Ra Trump’ patriots.  We’re not “Never Trump” holier than thou idiots.. However, we really do see him as a much lesser of an evil.  Granted, Trump is in no way as evil as most of the GOP or DEMS currently holding seats and there are a few things he has done exceedingly well including the economy.

But, one thing will most definitely murder off his chances of re-election: WAR.  The Left and the War mongers might be propping up a fake war to keep him out ALSO.  Think about THAT!!

This is what Buchanan has to say: Will War Derail Trump’s Reelection?  Buchanan’s voice has been correct on this issue.

We have a war right here at home. A battle is being waged in Virginia: Patriotic Americans against hardened, Communist, America hating, white hating pigs who stole seats in Virginia. The people of VA gun rights are under attack.  We have a battle being waged against Trump by the same aforementioned Communists.  We have a war on our southern border.  There is a fight to stop the demographic shift and we’re losing. The Jews in NY are in a war against blacks. Black males are murdering whites. Our children are being kidnapped and forced into slavery in  foreign countries.. Pedophiles are wandering the streets. Militant drag queens are showing their dicks off in school libraries…ETC!!

Russia/Putin To The Rescue In Iraq Against ISIS?

God willing.  I hope that Russia can help the Iraqi Christians, making good on his word:  Vladimir Putin Vows to Defend Christianity Worldwide.

People wonder why I admire the ‘tyrant’, Putin.  He is a nationalist. A patriot of his country.  It’s easy to admire a leader who cares about his nation–unlike the current piece of crap who occupies the White house.  Meanwhile, many ‘conservative’ Americans will put Putin down as he helps Iraq–no doubt.  Hypocrites and morons, stuck in 1980.

Iraq’s Prime Minister Nouri Maliki has told the BBC that he hopes jets from Russia and Belarus will turn the tide against rebels in the coming days.  “God willing within one week this force will be effective and will destroy the terrorists’ dens,” he said.

What a joke… For OVER 5 years on this blog, we have been screaming: No war in Syria.  No war in Libya: Libya  No war in Ukraine: Ukraine ..But, suddenly, the Stalinist left wants no war in Iraq?  You’ve got to be kidding me.  Where were they when Obama’s drones murdered over 2400 civilians in Yemen and Paki??  2,400 Dead As Obama’s Drone Campaign Marks 5 Year campaign.

A lot of people call us ‘isolationists.’  You’ve GOT to be kidding me.  We have brought ‘police actions’ to over 80 countries, people.  If that is ‘isolationist’, just what is non-intervention?  You have your heads on backwards.  These people have not attacked us.  MEXICO is attacking us. MEXICO.  GO THERE.  (However, “International Answer”) is FOR open borders.  Communist ARE insane.)

This is how we do. No new war in Iraq! U.S. out of the Middle East! #antiwar #bringthemhome pic.twitter.com/TGSCfYOzHu

WE ARE BROKE.  BROKE.  We cant go anywhere.  Deal with it.

Look.. I am glad that someone is doing something in DC.. but, come on already.. The bullshit is astounding. Especially from left wingers.

Just As I Predicted: “ISIS” Moving ‘Siezed’ US Tanks/Humvees To Syria. I Bet @SenJohnMcCain Is SO HAPPY

I predicted this type of scenario on most of my posts last year regarding the chaos in the Middle east.    If John McCain & Obama couldn’t take out Assad with the rebels they were/are already arming there, don’t worry.. Because “ISIS/ISIL” is on the way to Syria.    If you don’t know what a world war looks like..Take a good look at the news.   This is WWIII unfolding.   People always look for ‘declarations.’ .. REAL wars do not happen that way, kiddies.   Remember how England fought off Germany for 2 years before the ‘official’ declaration of WW in 1941.  One good thing happened today from Russia:  Putin Advisor Proposes “Anti-Dollar Alliance” To Halt US Aggression Abroad.  (Hopefully, the Russians will do just that.)

I bet the war-mongering lunatic, John McCain is SO happy his terrorists buddies could possibly take over Syria……….

The US Senator who brought down the world.  May God severely judge his rotten soul, expeditiously.

Toyota trucks sent to Iraq, courtesy some of your tax dollars and possibly 65,000 MREs sent to Syrian terrorists.. Just in time to help Aleppo Jihadists defeat Assad to bring down the M.E. into a Caliphate.

Well, ironic is the New Yorker… Remember when they put out this cover? They claimed it was satirical:

For always being SO wrong…they were SO right…!