Dream I Had Of A Brass Albatross That Dropped Dead:

Dream I had early this AM:

WORLD: Stay OUT Of Leftist American Cities. US Cities Are Under Judgment, Destruction & Lawlessness:

There is NO reason to visit an American city. None. Unless you want to visit hell’s sister. The Leftists have completely destroyed just about every city in the United States.

HERE IS THE FRUIT OF LEFTISM:

We’ll never know the REAL number of those dead by the Corona but the number is well over 100,000 plus in the US alone.

Birds are dropping out of the sky everywhere.
Earthquakes all over the US, now…maybe small but they are happening.
Grasshoppers have invaded the west, billions of them,
Flesh eating parasites are in this nation now.
9 billion different forms of sea life were killed when 117 degree heat hit WA state and Oregon.
Calif is on fire and so is a lot of the south west.
The south and midwest is under water, all flooded.
NYC was flooded, under 2-3 feet of water.
The crops in Nebraska have been flattened by golf ball sized hail.
Michigan is flooded.

In Mexico, most of the cities have been flooded, this is after earthquakes and volcanoes have hit,
Deadly storms and even tornadoes in Czech Republic as well as southern Russia and Crimea,
Russia is suffering mass flooding,

In April alone, there were 45 volcanic eruptions, and now there are earthquakes splattering all over the place and erupting ever since April.,
710,000 lightening strikes hit Canada and Canada is on fire,
In the Caspian sea, a volcano erupted spewing mud and destruction all over Azerbaijan.
Tsunami of mud crashes into rows of houses in Atami near Tokyo,
Most of Africa is on fire,
After release of unprecedented amount of sulfur dioxide, Taal volcano erupts in the Philippines.

I could go on for you as to what has happened in the last 2 weeks, but so many are blinded by religiousity and are NOT seeing that we are IN the judgements and wrath. We are NOT going to escape it, either.

Open your hearts if you do not know about God. Please. Here is a link to the Bible:

I don’t know why people are ‘looking’ for signs of the times.. Its all over the nation. We are totally cursed because of the debaucherous Leftists and the apathetic Conservative men. It’s going to get worse. And worse. AND WORSE.

Vegas Scorched, Fires all over the west – See.

While there is time, lets REPENT America. Turn to God.

The Communist Democrats stole the election and it looks like the Pinko GOP wants it that way. The GOP has shown their supporters they don’t give a damn. I don’t see anyone starting a war because the cost is too high: Brother against brother…Or I should say Brother against ‘sister boy’ (tranny’s and militant queers.) Even over 40% of the Communist Democrat party believes the Democrats stole the election. Presidential election theft occurred during Nixon’s win in 1960, also: That Richard Nixon was cheated out of the presidency in 1960 has become almost an accepted fact. At the SLATE. & Dems, 1948: Remember When LBJ STOLE The Election? Dems Suddenly “Found” A Ballot Box & US Official ADMITTED The Crime

We corporately deserve this mess because the truth is: The saner American’s allowed the Democrat, circus, freak-show so much power.

So, get ready for more militant homosexual stupidity, reparations, more COVID lockdowns, more loss of freedoms, border wall taken down, more insane, feminist harridan’s shrieking, baby murder at 9 months and after birth, more black on white genocide….. Much more pain because Obama will be running this chit-show: Obama Presidency AGAIN?! I Told You All!! B.O. Will Run The Country ‘Thru’ Biden, Feeding Lines With An Earpiece.

The good news is: Judgment from God. He will bring justice.

We won’t like it but if we cry out to God to bring justice to this insane country, he surely will. YES, it will be very painful. But, it is long overdue. Spankings are never easy but they are deserved. So, cry out for God to judge this disaster of debaucherous, ungodly insanity. HE WILL!!

Of course you all know there is a LOT of voter fraud out there & we’re all standing against it. But, I feel like I HAVE to warn readers and please take heed: Politically speaking… I believe we are going to encounter the worst days ahead that we have EVER witnessed.

I believe these things are ‘in the works’:

1. The radical, far-Left has plans to assassinate Trump.

2. I believe they also plan to assassinate Biden.

3. I believe they will possibly ‘get rid’ of Kamala Harris as well.

4. GET READY for what I’m going to tell you next because this will potentially be something we have NEVER seen before.

7. The reason that all of these things are going to come upon us is because abortion was bad enough but many states now allow AFTER BIRTH abortion.. For this reason, Amy Coney Barrett, the new Supreme Court JUDGE was put in BY GODS HAND because it is THE SIGN that this nation will be judged first and foremost for murdering over 63 million babies by abortion/slaughter.

You can ponder these thoughts.. But, I have prayed to Elohim God and stayed quiet through CONvid and the election and these thoughts weigh heavy in my heart. I believe he has shown me these things in my spirit. And, because we are being turned over to our enemies, the Communists:

DO NOT THINK THAT THESE THINGS CANNOT HAPPEN.

Just a note to you Leftist ‘intellectuals’: Tools of the Left are ‘useful idiots’ and the first to die under Communist regimes.

Edward Umling, Prophet Of God: AMERICA!! HEAR THE WORD OF THE LORD!!

I have nothing on my heart but to post Christian prophets right now.  Look around you, people.  Look at what is happening to this nation. Silo’s destroyed. Fires ravaging the state of California. Cities burning, Looters stealing from people evacuated. Civil war looming. Forced face masks, fake death numbers to instill fear, ETC!!!

MY GOD!!! WAKE UP!! We’re under divine judgment.

This younger man has had a dream about a Tsunami and judgment on our nation at the hands of GOD.  God is warning us ahead of time of what is going to happen to America.

We need to pray to the Lord to have mercy.  Dreams like this are not to scare…they are to prepare.

How much I HATE to have to post these things.  It would have been better for us as a country to have corporately repented and changed our ways. Instead, the left became more depraved. And, WE allowed it.  The churches and synagogues did nothing.  We’re up a creek without a paddle, spiritually.

Are Our Lives In  The USA Going To Become “Unrecognizable?”

Believe me.. I hate that I am in a place in this life where I feel the urgent need to tell people we are under serious judgment from God. 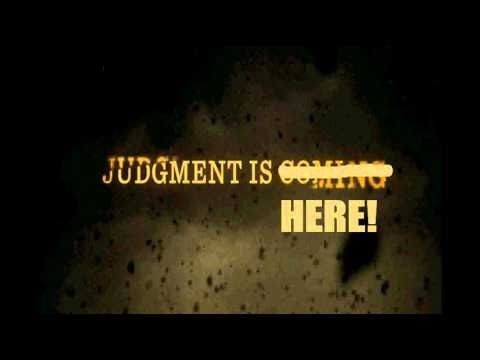 I have said a couple of things over the years and I was not correct. Many times, I was correct.  I was only correct because God is always correct and HE inserts things into my heart…  People who believe in God see through a glass…darkly.  Because we are limited on account of being human, we never ‘see’ the whole situation ahead.

Some of us, though…can sense when things are not going correct.  Like a disturbance has surfaced to the earth.  Personally, I sense in my spirit that things are going to get horrible in this nation.  I don’t sense this because I am a logical person.  I sense it because I am a spiritual person.

I pray for anyone reading posts here.  I pray you are ready and prepared for what is ahead. I pray your homes are filled with food.  I pray you have a lot of rice and pasta.  Mostly, I pray that you read your bible and allow God to bless you through its reading.

Get your spiritual seatbelts on.  This is going to be a really horrible, bumpy ride.  We’re going to witness the end of the American empire.

Edward Umling is a Christian prophet of the living God.  Hear what he has to say.  Please. We are about to face destruction in this country.  Please be humble.