Did Obama’s Mother, Dunham Have Her Baby In Kenya? And Was Obama The Son Of Malcolm X?

You listen to that video…And REALLY watch it.  I believe that Obama is American by Malcolm X. The WHORE probably slept with X.  You watch it. And YOU tell me. 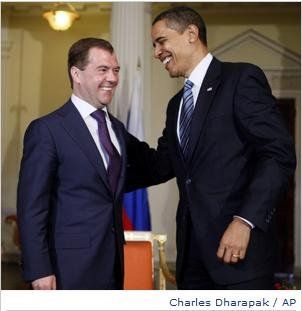 I believe O is legal because he is the son of Malcolm X.  You can decide for yourself.

Really, like….NO SHIT!  Why do we have to look at Russian media, UK media to get the truth about what the hell is happening in our own f-cking country for??

I have covered this before…. But-My friend, E.F.T. and myself ponder this quite frequently….

Now, YOU have the guts to think about this;  Obama looks nothing like B.H.O. Sr..  But,  X looks like he would be Obama’s real father.   After all, look at that slut of a mother Obama had.    If this is truth, which I think, then the ‘birther issue’ is over and now Obama needs to show who he REALLY is. Which he won’t.

Obama Speech, just listen to both of their voices:

Listen to an Obama supporter, convinced that Obama is Malcolm X’s son:

Donna had a link that flipped me out.  Obama looks just like Malcolm X.  Who knows anymore with this faker? You look for yourself. I am sure that other people have thought this, because Obama looks NOTHING like B.H.O. Sr.  I want you all to think about something,  good and hard:

If Obama is as bad as many of us think he is, and had Davis as a mentor, and even Malcolm X as a father….Do you people that are white realize that he HATES white people gutts? Malcolm X HATED white people as did F.M.Davis. This is the very reason why you hear ‘racist this and racist that’ now.  Because Obama is a HUGE white-hating racist-he TOLERATES them.  Gee how thoughtful for us ‘evil’ whiteys…..  From his book “Dreams from my father”:

From Dreams of My Father: “I ceased to advertise my mother’s race at the age of 12 or 13, when I began to suspect that by doing so I was ingratiating myself to whites.”

From Dreams of My Father: “I found a solace in nursing a pervasive sense of grievance and animosity against my mother?s race.”

From Dreams of My Father: “There was something about him that made me wary, a little too sure of himself, maybe. And white.”

From Dreams of My Father: “It remained necessary to prove which side you were on, to show your loyalty to the black masses, to strike out and name names.”

From Dreams of My Father:  “I never emulate white men and brown men whose fates didn’t speak to my own. It was into my father’s image, the black man, son of Africa, that I’d packed all the attributes I sought in myself, the attributes of Martin and Malcolm, Dubois and Mandela.”

It would make sense how he hates white peoples gutts.  Wouldnt it?  Just something to think about…

For the anti-American, hate-filled, violent, left wing Stalinists,  Race is not the issue, in fact, they do not give a damn what color you are. They do not ‘like’ minorities because of color, nor do they ‘help’ them because they are ‘minorities’.. The only thing that the left can think about is:

“Who are our Komrades in our Soviet take-over?”

“Who will get violent, and move this more quickly?”

Once you are on to this, & ‘leave the Soviet Cause’- they will abandon you and consider you a traitor. They USE the race card on you, because they know that Conservatives are good people and are also not racists. It is Alinsky tactics, meant to polorize and paralyze. Most people, black/white, Jew/Gentile, etc have this pesky thing called “normalcy.”  They like to be with people that represent their views in life, this is mostly comprised of people that live by faith in God and love for country.

The Left wing hated M.L.K., he was a ‘fascist republican, not violent enough person’, Malcolm X was a black militant that pushed for violence.  That is all that matters to the left wing: VIOLENCE.  In a few earlier posts, I showed you that they are pushing for a blood-bath.  2 posts ago, I showed you how they plan to infiltrate the Tea Parties, for one thing; To bring VIOLENCE.  They brought violence in the 1960’s with race-riots. They live for this. don’t kid yourself.  Leftist are probably applauding Rahm Emmanuel, still, and his bullying..

They are also insanely jealous because they had to push people to riot and protest.

Conservatives did not have to do that. It was an effort from the part of ALL people that do NOT want U.S.S.A. It is Spontaneous! They are pissed off beyond belief over this!

Malcolm X was a Muslim former criminal who believed in separitism and was willing to use force to acheive his goals.

The other was a Christian minister who believed in equal rights and was willing to use peaceful means to acheive his goals.