“My Muslim faith” Obama told Stephanaoplosss (whatever) in 2008.. Well, I believed him.  I don’t think Obama lied about his own faith.

I can hear these far lefty wack jobs right now. ‘Well….Obama is enlightened…& you’re not an intellectual.‘

SEE:Obama’s ring: ‘There is no god but Allah’

(Proof is on his left hand. He is married to the insane dead man named Mohammed) NO wonder he wants blasphemy laws:

I just can’t hold my peace any longer.  You say something about the Muslims book, the Ko’ran and defame their bogus ‘prophet’  on YOUTUBE, (not even regular TV) and there is rage all over the east?  I thought the mid-east was poor.. How do they even have access to the net??  Anyone that refuses to bow to their bullshit must be killed..

I am also told that I am a traitor, (because I refuse to renounce my Christianity- My father is a Christian, I love the Christian faith) by other Jews.  SO, I have to deal with the nastiest innuendos about Christianity as well: “Jew-killers”, “Nazis”, “white Supremacists”, “White Devils,” “Satan-Worshippers”, “Whores of Babylon”, “Apostate”…It just goes on and on.  I just let that go as well.  Let God sort it all out..

But, you talk about this pedo-‘prophet’, Mohammed and these bastards want to kill you, take your free speech, demand you don’t tell the truth about their craziness while they hack off your head and chop off your hands…And GOD FORBID one of your daughters goes with a non-Muslim, she will be a dead girl because of their freako ‘honor’ killings.

I just cant stand it anymore.  People tell me all the time that the “Jews” are in control of the MSM..And keep things quiet.. Well, not me.  There is NO way that I would ever be allowed on the Main Stream.. What “Jews”, by the way?  Rachel Maddow?  She is from a Christian family.  Chris Matthews?  He is from a bi-polar, psychotic family.  Lawrence O’Donnell?  Isn’t he a Mcc?  Hannity?  Isnt he Catholic?  O’Reilly?  Irish/Catholic?  Megan Kelly, Irish?  Fox and Friends, all Christian, ETC…  Doesn’t Saudi Prince Alwaleed own the largest share of stock in Fox?  Rupert Murdoch is a born-again Christian.  The Hearst family? Jews? Okkkkk…Oh…and the ZIONISTS own the media…If that is true, why is the media so anti Israel?

Look….Moslems…You act even weaker than the weakest left-wing Jewish idiot.  Hows that make you feel?  YES! You are weaker than a Woody Allen, stereo-type Jew.  WEAK little pussies that have a ‘g’od that is SO weak that he can’t take being called what he is:

A PEDOPHILE, MURDERER, SODOMITE, THIEF, TERRORIST, & FREAK.  Get a grip, you weaklings.  If your ‘g’od is so tough, how come he can’t take a little criticism?  Why?  Because Islam is FASCISM. Period.  AND….I Can’t Take It Anymore. Muslims Are Thin-skinned Little Pu$$ies. 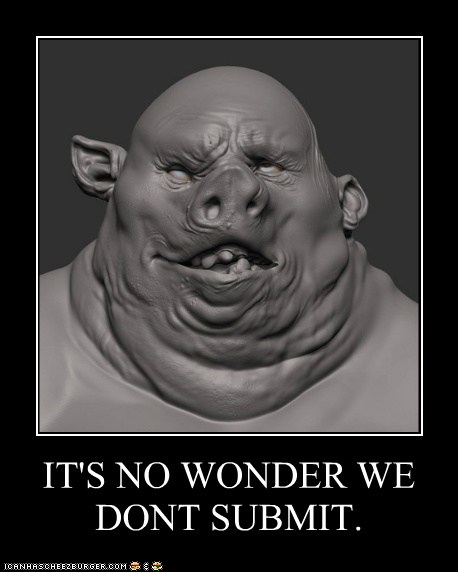 And, I dont even like talking about you Muslims.. You get WAY TOO MUCH attention.  Nasty brats.

(By the way…dont even tell me not to say what I feel like saying.  I will say what I damned well please.)

Please forgive my writing. I just woke up out of this dream and it is 1:46 AM.

Messages of the night are from God, which God has promised to ALL peoples on the earth in the end ages, (meaning: I am nobody special)

And it shall come to pass afterward, that I will pour out My spirit upon all flesh; and your sons and your daughters shall prophesy, your old men shall dream dreams, your young men shall see visions;  And also upon the servants and upon the handmaids in those days will I pour out My spirit. From the book of Joel

(I have seen one story of this person named Tommy Robinson on TV.  It was some stupid, lying, leftist propaganda film about “Islamophobia.”  GOD help me remember this dream to write it accurately.) English “Defen’c’e League”

In this message of the night, (dream) I saw a worn down young man–it was Tommy Robinson from England.  He is with the EDL.  He was fighting an ancient enemy.  This enemy had done vile and detestable things.  One of the vile acts was the abomination of homosexuality and also pedophilia.

There were 3 different occurances: At first, Mr Robinson was dressed as his ordinary self.  But through 3 separate engagements with this enemy, his clothes had changed.  By the last and 3rd fight with this evil enemy, he was dressed in warrior clothes which where like the clothes we see pictured with the knights of old.

Three times, Mr Robinson had to fight this very evil enemy.  He was not able to totally defeat this enemy in the 1st two times.  On the 3rd time, he slayed this beast-like man/spirit with great skill.  I watched Mr Robinson with a sling. And, on the 3rd slay of this creature, he defeated him/it, total.  Tommy also had an ancient sword, on the end of the sword was vile, black feces.  He ran up to this evil man, slew the man with his sword, effectively stabbing the enemy with his own vile feces at the tip of the sword.  This man had done a detestable thing with a young person & Tommy was able to use this man/creatures own ‘crap’ on him. Tommy was given a great victory.  The enemy was Mohammed, maker and ‘creator’ of Islam.  Tommy is fighting Islam.

This is what I have to say to Tommy Robinson:  You CANNOT fight this battle alone. It is impossible. The first two times in my dream represent you, in your own clothes..Meaning, your own persona, self.

The reason that your ancestors and fathers fought the Muslims in the holy lands and other places is because they were CHRISTIAN warriors.  They had God with them.  Christianity was not watered down in medieval times.  Christians observed the WHOLE Bible.  Which is what you must do.  You MUST return with your whole heart to the teachings of your fathers.  You MUST incorporate your faith in this battle. You CANNOT win without it.  You will only be given victory over this enemy that is threatening to devour England if you return to the faith of your fathers.  The battle belongs to the LORD, not to you.  Indeed you have been given a great task.  It is the calling of the LORD upon you, not of yourself.

Scriptures for you to ponder upon, Mr Robinson:

Yet even now, saith the LORD, turn ye unto Me with all your heart, and with fasting, and with weeping, and with lamentation;  And rend your heart, and not your garments, and turn unto the LORD your God; for He is gracious and compassionate, long-suffering, and abundant in mercy, and repenteth Him of the evil.

The clothes and blood that your ancestors wore were representative of their beliefs. Spiritually speaking; You must get the same clothes (Same mind set)

Others: DO NOT MOCK GOD. He DOES give messages of the night.  You may choose to believe or not, that is your affair.  However, if you do believe, Jew OR non Jew: Tommy Robinson is to be prayed for.

If anyone that knows about this Tommy Robinson, please give him this:

Tabari IX:69 “Killing disbelievers is a small matter to us.”

Qur’an 5:14  “From those, too, who call themselves Christians, We made a covenant, but they forgot and abandoned a good part of the message that was sent them: so we estranged them, stirred up enmity and hatred among them to the Day of Doom. Soon will Allah show them the handiwork they have done.”

GET RID OF BLOOMBERG-PROBLEM SOLVED.

I’ve just read the news about the mosque plans being approved in NYC.  For those of you who are positively clueless about Islam, you really deserve your head to be chopped off.  To know AN enemy, is to know what he thinks & believes.  Jew haters spend 24/7 ‘learning about the religious Jew and the Jewish question’ &  have absolutely NO clue about the Communist-atheist Bolshevik “Jews” & gentiles, that have aligned themselves with Islam to destroy America and also Israel.  Then, turn around and say: “ITS THE ZOG”! There is NO ZOG.

Zion, for the last damned time means HEAVEN or ‘point of Heaven’.  These Progressives, Moslems, Commies, Liberals DO NOT BELIEVE IN THE HEAVEN OF THE HOLY BIBLE. They HATE Zion, they are NOT “Zionists!”.   They HATE the God of the Holy Torah, and the Christian Bible- WAKE THE HELL UP! To real Christians, “Jesus” is the cornerstone of Zion.  To Jews, Zion is a holy place.  STOP  blaming Christians and Jews that love God for Islam, they are USING you.  STOP saying it is the “Zionist” fault.  You are persecuting GODS people, Jew AND Gentile. You feed this enemy, Islam with their filthy propaganda that they use on you “INFIDELS” which is a term that is way worse than being called “goyim”, which only means ‘nations.’

Onward: Islam (full blown) is world domination, it will cow-tow to Marxism, Nazism, and Communism to grab you useful idiots. I see many of you actually believe their absolute horseshit, just because you hate all of the Jews.   In the end, Islam will also demand your submission, you progressive cowards, and Jew hating idiots.  When Islam attacks a free society, or ANY society that it deems a threat to Islam, its first strategic plan is to present itself as a ‘religion of peace’, (there is NOTHING ‘peaceful about Islam) then, it will say; TIME TO BUILD TO PROCLAIM COMPLETE VICTORY. Which is what is happening in NYC.  The govt. did NOT do 9/11. Israel did NOT do 9/11. ISLAM did 9/11. Proof is the plans in the building this mosque.  They ALWAYS construct a mosque on the sites of their absolute victories.

Bloomberg had this law changed, it is unlawful. Guiliani wanted to finish out 3 more months after 9/11, and Bloomberg refused him, saying it was ILLEGAL.

It is time to throw the trash out, NYC. How much are you willing to put up with? Watching your daughters wear burkas? Watching ‘honor’ killings?  Head choppings?  Shariah-compliant city? Where are the Italians and Irish!?  When are you going to stand up to the tyranny? Will it take another 9/11?? Isnt the Communism in NYC enough!? Now, its Islam!?

Qur’an 8:59  “The infidels should not think that they can get away from us. Prepare against them whatever arms and weaponry you can muster so that you may terrorize them.”

Jewish Task Force (www.jtf.org) Warning From 09/1994 regarding Islam and terror in NYC: