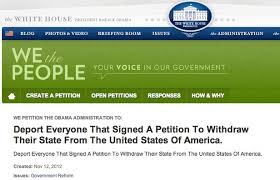 GOOD!!! WAY TO GO! ENOUGH OF THIS FASCIST GOVT!!

Montana has EVERY right to PROTECT itself, and if it were at ALL possible, you BETTER believe that I would RUN there in a MINUTE if I didnt have to take care of an elderly relative- WTG MONTANA!!! WT GO!

I was quite impressed that the words were finally articulated by Judge Andrew Napolitano at Campaign For Liberty’s rally in St. Louis in March regarding the second amendment:

Now the Democratic governor of Montana has signed into law an incredible attempt to erode the power of the Federal Government as it applies to gun laws. Let me just lay it out from the bill:

A personal firearm, a firearm accessory, or ammunition that is manufactured commercially or privately in Montana and that remains within the borders of Montana is not subject to federal law or federal regulation, including registration, under the authority of congress to regulate interstate commerce...