“From The River To The Sea”, “Palestine” IS ALREADY Free–And Then Some!!

A supermodel chick, Bella Hadid (I’ve never heard of her) is crying over the “Palestinians” and thinks they need to be ‘free, from the river to the sea‘: Boo boo….

Get your head out of your ass.

In my own research for many years on the net, fighting Jew haters from the ocean to the north pole, the equator to Timbuktu – I have sought out through google images, Youtubes, MSN photo’s, etc just to see how ‘oppressed’ the Gazans and the Ramallan’s are.

I didn’t find ‘oppression’ with these people like I have found with white people in South Africa–who are having their land confiscated and starved off their farms… On the contrary, in the ‘Pali/Gazan land’, I found Hotels, Restaurants, Jewelry stores, Fashion shows, Deli’s, beach resorts, horse racing, and more in Gaza and Ramallah.

Here is my journey through “Palestinian” land. This is what supposed ‘oppression’ looks like:

Some nice olives and peppers in ‘oppressed’ Gaza:

How about a few banana’s, pears or peaches?

How about some avocado’s or plums?

How about a field of strawberries in Gaza?

How about the annual horse race in Gaza?

How about a nice dinner in Gaza at the “Rooftop”?

Palestinian families sit at “Maldive Gaza” cafe on a beach in Gaza City:

Need a necklace for your girlfriend? Gaza’s the place to get jewelry cheaper.

5 star hotel’s in Gaza on the beach:

A nice day on the bay with Pali kids and families..

You can always head to Ramallah and stay in a nice hotel there: https://www.booking.com/city/ps/ramallah.html ,  Tereh Area, Ramallah, Palestinian Territory – Great location – show map

How about a trip to see the cars ‘oppressed’ Palis drive? Or the homes they live in?

Let’s go eat at a restaurant in ‘oppressed’ Ramallah:

Look through Google images yourself to see how ‘oppressed’ Palis live. Im sick of these lies. Maybe you like the lies because you just hate all the Jews. Go ahead. Who cares if you do. I will still choose to think you’re a duped, brainwashed dope.

This happens every conflict the Palis start. People believe them though because they just hate all things Jewish & Israeli. We don’t care for most of the politicians in Israel for jabbing Jews and giving up land..But, the Jew haters just hate Jews, Israel, etc.

Earlier, I read some ‘conservative’ blogs that are faking ‘upset’ over Israel blasting a ‘news’ holdout. These so-called Conservatives ‘suddenly’ believe the news submitted by the Palis because they just hate Israel. Who gives a damn if Al Jazeera lost their bunker. I wish it was CNN.

Like I said yesterday and the day before: Same ol story, same ol song and dance. But, of course, it is being reported that Israel is the ‘aggressor’ which is a Communist/Islamic LIE. Sure, we all know the Israeli government sucks and jabbed millions of their people and other horrible things–but in this situation: Retaliation is justified.

See for yourself: April 24, 2021 Google search for Hamas rockets Israel.

Yael Eckstein is reporting on this consistently: Her FB page.

This is what is happening now:

Broken, hungry, homeless, car-less, jobless, PUT OUT OF WORK BY THEIR OWN GOVERNMENT Americans will get $600.00. Palestinians, 6,000 miles away will roughly receive $9615.00 each for 5 years to help them ‘get along with the Joo’s, (who they hate). Americans have NO say as to where THEIR tax dollars go?!

Citing economic stagnation in the Palestinian Territories, and the potential for economic development to encourage peace, the Lowey Act would spend $50 million per year for the next five years. A version of the act passed the House in July.

What the hell do Americans care if the Palestinians want peace or not? Why the hell do we have to continue to give to every country, or in this issue, a NON country?! Our people are starving, on foodlines, out of work, can’t even make ends meet but we have to foot the bill for these Palestinians, too? This is outrageous.

The coronavirus relief bill released Monday includes $250 million in investment aid for the Palestinians and for encouraging Israeli-Palestinian dialogue in a provision titled the “Nita M. Lowey Middle East Partnership for Peace Act of 2020.” …GIVES HUNDREDS OF MILLIONS IN AID TO PALESTINIANS

OUR GOVERNMENT IS INSANE & FULL OF TRAITORS..

Isaiah 11:12  He will set up a banner for the nations, and will assemble the outcasts of Israel, and gather together the dispersed of Judah from the four corners of the earth.

QUOTES FROM HISTORIANS THRU THE AGES:

“There is not a solitary village throughout its whole extent (valley of Jezreel, Galilea); not for thirty miles in either direction… One may ride ten miles hereabouts and not see ten human beings. For the sort of solitude to make one dreary, come to Galilee… Nazareth is forlorn… Jericho lies a mouldering ruin… Bethlehem and Bethany, in their poverty and humiliation… untenanted by any living creature. “ – Mark Twain, “The Innocents Abroad”, 1867

“There are many proofs, such as ancient ruins, broken aqueducts, and remains of old roads, which show that it has not always been so desolate as it seems now. In the portion of the plain between Mount Carmel and Jaffa one sees but rarely a village or other sights of human life. There some rude mills here which are turned by the stream. A ride of half an hour more brought us to the ruins ..”  – B. W. Johnson, in “Young Folks in Bible Lands”: Chapter IV, 1892

“The land in Palestine is lacking in people to till its fertile soil”.  – British archaeologist Thomas Shaw, mid-1700s

“The country is in a considerable degree empty of inhabitants and therefore its greatest need is of a body of population”.  – James Finn, British Consul in 1857

In 1844, William Thackeray writes about the road from Jaffa to Jerusalem: “Now the district is quite deserted, and you ride among what seem to be so many petrified waterfalls. We saw no animals moving among the stony brakes; scarcely even a dozen little birds in the whole course of the ride.”

In 1866, W.M. Thomson writes: “How melancholy is this utter desolation. Not a house, not a trace of inhabitants, not even shepherds, to relieve the dull monotony … Much of the country through which we have been rambling for a week appears never to have been inhabited, or even cultivated; and there are other parts, you say, still more barren.”

In 1874, Reverend Samuel Manning wrote: “But where were the inhabitants? This fertile plain, which might support an immense population, is almost a solitude…. Day by day we were to learn afresh the lesson now forced upon us, that the denunciations of ancient prophecy have been fulfilled to the very letter — “the land is left void and desolate and without inhabitants.”(Jeremiah, ch.44 v.22)

“The area was under populated and remained economically stagnant until the arrival of the first Zionist pioneers in the 1880s, who came to rebuild the Jewish land. The country had remained “The Holy Land” in the religious and historic consciousness of mankind, which associated it with the Bible and the history of the Jewish people. Jewish development of the country also attracted large numbers of other immigrants – both Jewish and Arab.”  – The report of the British Royal Commission, 1913

“Jewish sovereignty in the Land of Israel extended over 1400 years… It was the Jews who implanted the culture and customs of the permanent settlement”.

“In the East, however, crafts have established themselves since the days of ancient Persian, Babylonian, Egyptian, Israelite, Greek and Roman rule”.  [Ibid., p 55]

In The 13th century, Arab biographer -Yaqut ibn-‘Abdullah(Arabic: ياقوت الحموي الرومي‎)- noted Mecca is holy to Muslims; Jerusalem is holy only to the Jews.

Its a beautiful place.   Hardly the territory we always see the Muslims whining about.  In fact, “Palestine” looks better than Los Angeles!

The 10 largest cities in “Palestine”

And now, for the finale to bring us back home! ….Los Angeles:

Hope you enjoyed the trip!

I found vintage photos from the great country of “Palestine”, only, the photos are filled with Jews at the wall praying, not Moslems: 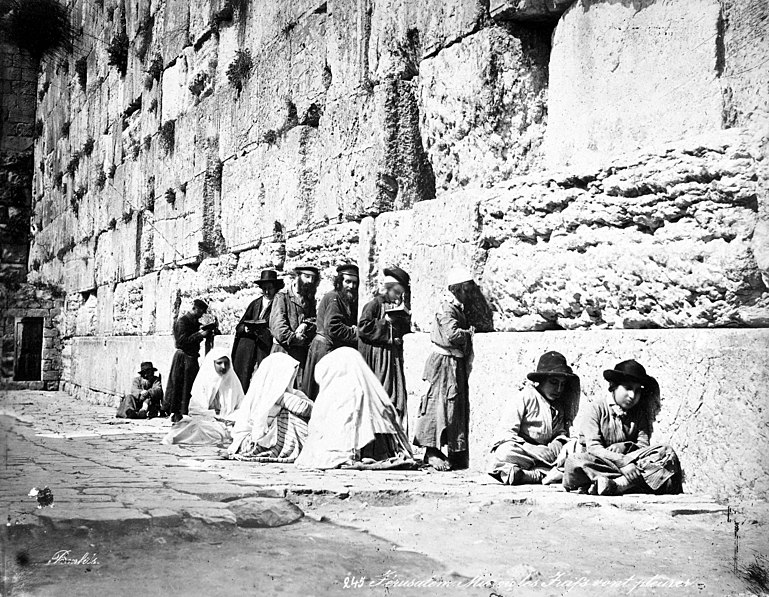 This one shows the wonderful, vacant Al Aqsa mosque circa 1875 with no Muslims or what today they call, “Palestinians”

Here we have Birket, Israel in late 1800’s with NO “Palestinian” Moslems.  In fact, it is deserted:

No “Palestinians” here either:

Where ARE all those Palestinians, the proclaimed one million of them who lived in Israel before they were ‘displaced’?

Nowhere, because they never existed. 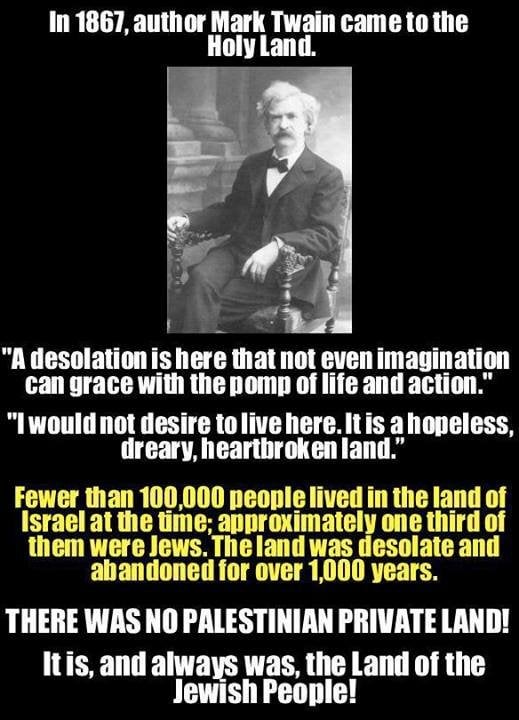 The Palis are so oppressed that they’re getting paid to do nothing while they are oppressed.  Friends..We’re just in the wrong business.  Why work when you can get paid to sit on your ass?

Where is Max?  Hello?  Crickets and Retweets only.  Never a refute.

Maybe they are eating some candy at a local market in Gaza where they’re starving to death, Max?

Or playing on the beach in Gaza?

European Union auditors are recommending that the EU stop paying the salaries of Palestinian civil servants in Gaza who don’t work.(Wapo).

The findings were made public by the European Court of Auditors, which scrutinized how 1 billion euros ($1.3 billion) in EU financial support to the Palestinian Authority has been used.