Just another reason I won’t get this vaccine. Since the beginning of Covid, I didn’t feel afraid. I believe it is/was God protecting me.

Mark Crispin Miller is Professor of Media, Culture and Communication at New York University. His research interests include modern propaganda, history and tactics of advertising, American film, and media ownership.

By the way….. ‘This Ends The Debate’ – Israeli Study Shows Natural Immunity 13x More Effective Than Vaccines At Stopping Delta

This is when Mike Wallace reported in depth regarding the horrible side effects and how the US govt touted the same, stupid propaganda as now.
Watch: (hat tip Nicholas)

Take your vaccines and shove them up your a$$. The stupid, lying media can rot in the gutter for all I care.

My Umbrella Only Works When You Carry Yours Too

Why Is The Times Of Israel Reporting Anti-Israel/Arab Propaganda About Russia?

I looked all around this morning on my news feeds… And, I came across an anti Russian propaganda post from the “Times of Israel”. Here it is:

See in red? “Un-named”, “well informed”. Typical Anti Israel, Arab propaganda. Why would the “Times of Israel” report this? When an article is ‘submitted’ to the public and it has an UNNAMED ‘source’. It is PROPAGANDA.

FACTS: The Russians are supplying Syrian forces to fight Obama’s ISIS—to THIS day. That’s the facts. For those of you who do not know.. Russia worked WITH Israel during the fight against ISIS, starting in 2015, September. Here is proof of that:

So, I really do not get why they posted that garbage. Russia is very aware of the reason why Israel targets different militants in Syria. I support and love Israel and many of their people. I also love and support the Russian people. This is not a good post to have ‘reported’.

When EU banned fruits being sold to Russia, this is what happened: After shunning Europe, Russia turning to Israel for fruit in 2014

There is NO word from the Moscow Times about Israel and being ‘exasperated’: Russia always says what it means to the public & internationally also.

This is what is said in the above video:

Russian Defence Ministry spokesman Igor Konashenkov confirmed on Friday that Russian Air Forces “have already conducted two trainings with our partners from Israel” in an exclusive interview to RT in Latakia.

SOT, Igor Konashenkov, Russian Defence Ministry spokesperson (Russian): “American colleagues told us that they would deliver the information [from recently signed Memorandum on the flights in the Syrian sky] to all the members of the coalition. We offered to keep on moving in this direction to our American colleagues, in particular, to sign an agreement on assistance and rescue operations in case of force majeure situations in the Syrian sky as we are well aware of the fact that different situations may occur and not only due to the militants’ activity but to equipment failure or others. This is because we detect an impressive number of the flying objects in the sky. Sometimes up to 30 objects may appear in the area. Apart from warplanes there are also a lot of drones of different sizes. For example there are drones-bombers.

So we do not exclude the force majeure situations. And if a pilot or someone else is endangered, the seconds will matter, not even minutes. Unfortunately, we still have not received an answer from our American colleagues on this topic. Speaking about other partners, we have organized a hot line between our national defence centre in Russia and the General staff of Turkish Armed Forces for the security reasons at the Turkish-Syrian border. We have already conducted two trainings with our partners from Israel and the direct communication is adjusted between the control post at the Hmeymim Airbase and the Israeli Air Forces headquarters. The work is going on but we would like to expand it and make it more practical. Because we are well aware of the fact the air cannot tolerate mistakes.”

Is The MSM Going To Use “Solar Storm” M.O. To Take Down The Net?

Seems like this could be coordinated propaganda to take down the net. It could be. They (the satanic powers-that-be) could hit India first with photoshopped propaganda of a ‘solar storm’. Who knows.

Just be aware that this is how propaganda works:

If you are not ‘in the know’ with what is happening, you will become prey for the political demons from hell, you will live your life as their slave.

Get that video and send it to every single person you know. Imprisoning innocent men is disgusting.

Jordan & Lebanon Want To Fight For “Palestinians”? Why Do They Treat Their OWN Palis Like Shit?

Wanting to ‘join in’ to attack Israel is just Jew hatred. The Jordanians, the Lebanese, the Syrians also care nothing for their own “Palestinians”.

More than half of the 6.3 million population of Jordan is of Palestinian origin-that is, from areas west of the River Jordan, including the West Bank, today’s Israel, and Gaza. With the exception of persons from Gaza, the vast majority of those persons of Palestinian origin have Jordanian citizenship. However, since 1988, and especially over the past few years, the Jordanian government has been arbitrarily and without notice withdrawing Jordanian nationality from its citizens of Palestinian origin, making them stateless. For many of them this means they are again stateless Palestinians as they were before 1950. Palestinian-Origin Jordanians Deprived of their nationality.

There are even books about this: Stateless Again: Palestinian-Origin Jordanians Deprived of nationality (HRW)

Then, there is LEBANON who treats their Palestinians FAR worse:

Then there is SYRIA. They starve the Palis to death:

See this little boy? He is a Pali in Syria Palestinian refugees in Syria starving to death, report

HOWEVER: In Israel, Palis are FAT. Battle of the Bulge: Obesity in the Gaza Strip on the rise …

One can go take a weekend in GAZA: Hotels in Gaza City

OR, Maybe go watch a horse race in GAZA where Pali’s are ‘suffering’

So, what’s going on with the nations enraged with Israel?

You can fool all the other dumbshits… But, I will not be fooled.

Mac Slavo believes the Covidiots are pushing a 4th wave of the Corona. Who knows. The Leftists LOVED being locked up in their homes. Many have complained about going back to work. Most Covidiots want the govt (WE THE PEOPLE) to keep printing up checks for them.

“FOURTH WAVE” AND A “NEW PANDEMIC”: THE PROPAGANDA CONTINUES

Right now, the Covidiot propaganda is being thrust on the world, especially USA:

See the search engines yourself: KEY IN: ‘4th Wave of Covid’.

Why are they pushing this supposed 4th wave?

So you will get their trackable vaccine.

I look at these posters and I see what we are fighting even though most people refuse to name or SEE this monster coming our way after election day.

Did you know? FBI director J. Edgar Hoover was quick to equate any kind of protest with communist subversion, including the civil rights demonstrations led by Martin Luther King Jr. Hoover labeled King a communist and covertly worked to intimidate and discredit the civil rights leader.

That question mark…thats what I think on a daily basis: What are these Communist pigs going to do next? This one is from 1961, I believe.

Even “Scot Tissues” were in on stopping the Communists.

Companies were in on expunging the ‘red menace’. You know why? Because they foresaw this mess we are in. This one below is explaining how to deal with a Communist.

Our elders knew that eventually, Communism would be Globalism. The root of Globalism is Communism.

Communism, aka: Leftism IS America’s mortal enemy. It needs to be shamed and expunged from society. If it isnt, it will get much, much worse than it already is.

Stop calling these savages, “Liberal and Progressive”. Call them by their real name: COMMUNIST.

See this Comic book against Communism, 1947 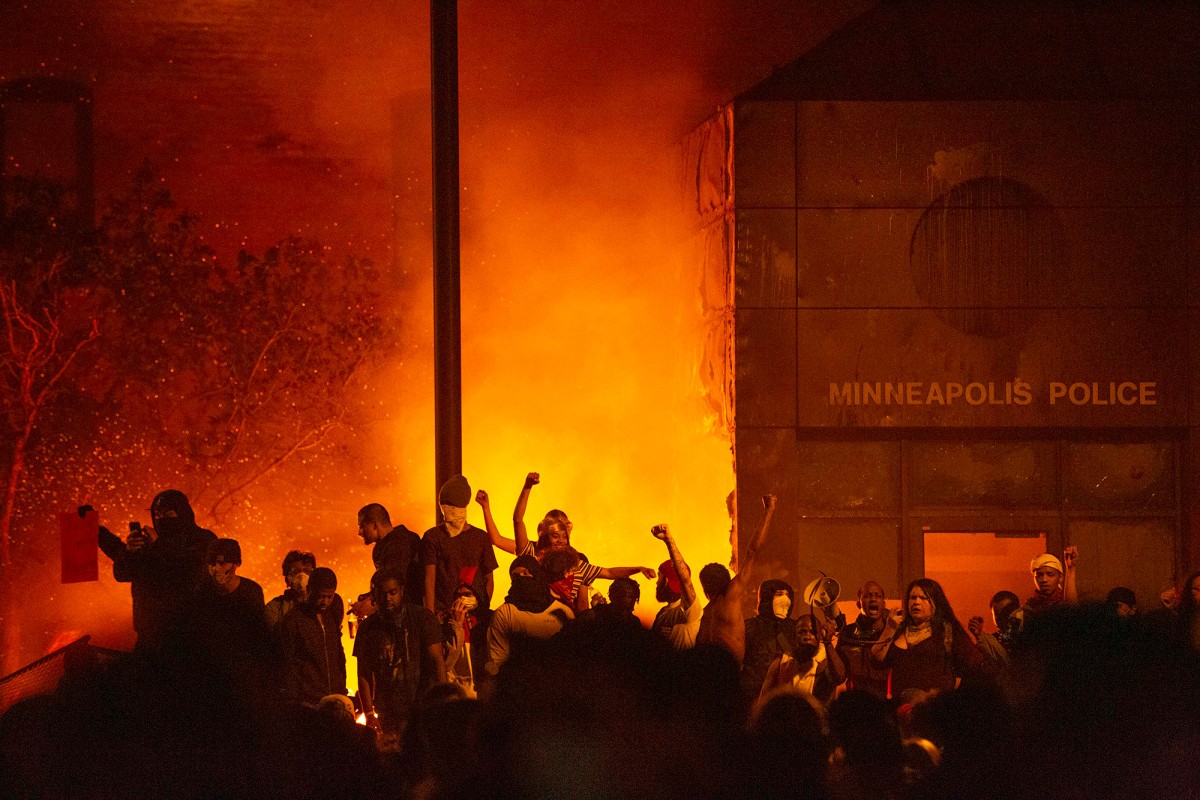 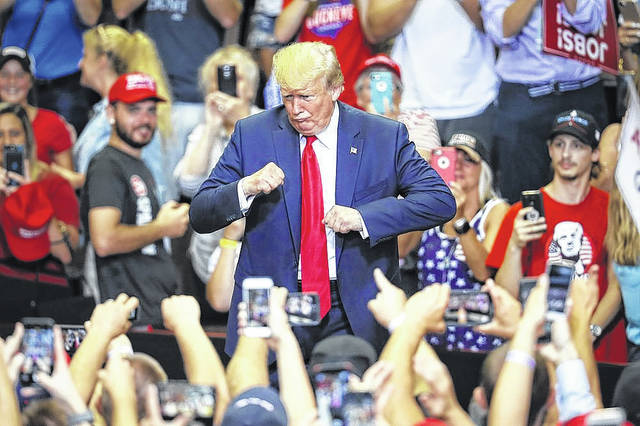 STOP LISTENING TO THE COMMUNIST GASBAGS.