America is predominantly Christian. Yet, this current regime appoints a self hating Lesbian ‘Jew’ to a post which is unconstitutional. Just more Obama garbage.

Anyone can see this is more Obama debauchery. Plus, Obama is totally queer.

I guess his Muslim didn’t work out? Defacto “Prez” Obama Puts A Muslim In Charge Of Religious Freedom Post. Obama Did This in 2010.

Defacto “Prez” Obama Puts A Muslim In Charge Of Religious Freedom Post. Obama Did This in 2010.

I REFUSE to call this current admin “The Biden Admin”. I know very well this is Obama pulling all these stunts. It’s not an issue of every, single Muslim being ‘good or bad or what-have-you‘. The issue is that Obama does this to ‘get your goat’…Why? Because he is the anti christ.

This is linked up (below) at Jim Hoft’s website, “Gateway Pundit”. Hoft covered the Obama Junta all of the years Obama acted as King. Jim knows Obama is the one calling the shots but he won’t say so.

Its not enough that the Communists have infiltrated every single avenue of our society but they also shoved homo-marriage all over the nation. Now, some of the same pervs are seeking to make pedophilia ‘normal’. PUKE!

Thomas and Alito are questioning some things after:

Kim Davis, the former KY County Clerk who made the news for refusing to issue marriage licenses to fairy’s, is briefly back in the news today as the SCOTUS declined to hear her case. Mother F’cker Jones: Two Justices Really Want To Revisit Gay Marriage Ruling. Let’s Not Panic, Please.

So far, this is a list of what the Left has done to USA:

Since State Govs Did NOT Declare Martial Law, They Have NO Right To Forbid Religious Gatherings.

The state governors have absolutely NO leg to stand on forbidding church and fellowship.    Every Christian or Jew that is forced to stay closed should sue their governors.   The government does NOT have the right to stop you from going to church no matter WHAT. Virus, death, quake, war. NOTHING.

If people want to go to church and take a chance with their own health, thats THEIR affair and you disgusting, godless, filthy, anus sucking Communists can go straight to hell.  Religious people:  GO TO YOUR FELLOWSHIPS and hang up your rights on the walls.  Read your rights to your people.  End the ignorance.  Take a gun to church.  Tell anyone NOT obeying the law to GET LOST.

The First Amendment guarantees freedoms concerning religion, expression, assembly, and the right to petition. It forbids Congress from both promoting one religion over others and also restricting an individual’s religious practices. It guarantees freedom of expression by prohibiting Congress from restricting the press or the rights of individuals to speak freely.   It also guarantees the right of citizens to assemble peaceably and to petition their government. 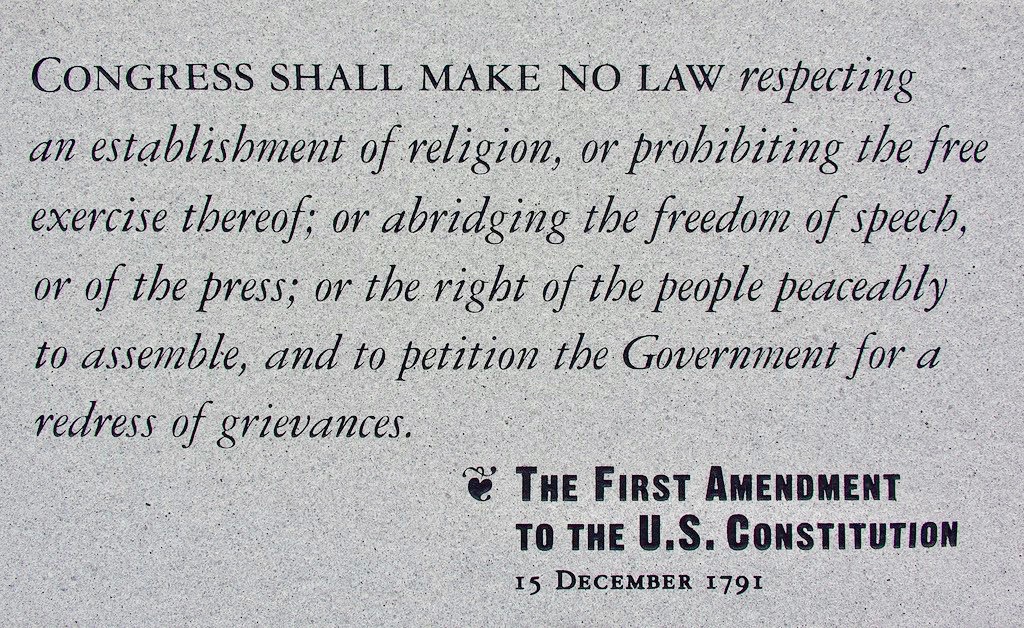