Blacks Are Mowing Down White People. Is It Time For A Violent Reponse @ProfessorCrunk?

Of course, this headline is just to get your attention.

Salon’s half wit, Brittney Cooper wants a racial riot, she is calling for a violent response against ‘white on black’ violence.

BUT, it looks like some whites have just about had enough of the bs:

@ProfessorCrunk Bring it! If this racist think whites won't fight back against thugs trying to kill us over our skin color ur damn mistaken!

@ProfessorCrunk Have you ever noticed how many black babies are "mowed down" by Planned Parenthood?

**Let us sanely try to remind this buffoon that black males are committing many racial crimes: Black on White Crime

I thought Obama’s kingship was going to stop the racial divide?  Well, I guess I was wrong.  And, Cooper is wrong as well, since she wants MORE violence.  If a white person went out and started demanding violence against blacks, they would be thrown in the prison for inciting racism, be labeled NAZI, KKK, White Supremacist, etc..  But, when Britney Cooper (a demented, psycho, black Liberal) does it, its not racism, its OK.   It’s ALL good.

Why are blacks–in general, (no, not all) not held to the same account as white people in race/hate crimes?   Why?  Because “Liberal” whites treat black people like dogs.  They don’t hold them to the same account because they believe that blacks are sub-human.  Hence, “Liberals” (Communists) are against the equality they preach.

(The woman above was punched in the face for telling this fine human above that he didn’t have enough change.)

Imagine if a white man did this:

Commie Salon’s@DavidSirota  “What If Prez Obama Lied to Us?”  Thats RACIST David!

White-hating moron, David Sirota from “The Salon” is worried that Obama has lied about the NSA.  How stupid can one be?  All politicians lie.  Somehow, because Obama is black, he would not lie, David?  What? Is this only reserved for ‘evil’ white people?

You have to read this article.  Its just soooo obvious that Sirota has intentionally turned into a black-hating racist….!!!  What other explanation can there be?   Is racism good for me but not for thee?  Damn, these left wingers are a cancer. They can criticize this CREEP without being called racists- but we can’t? Bullsh*t!

WHO DIED AND MADE THE GODLESS LEFT THE GRAND POOBAH!?!?

This is the same jackass that hoped the Boston bomber was white. He got his wish, didn’t he?  Stupid jerk..

I just don’t buy that he’s so unaware of the world around him that he made such statements from a position of pure ignorance. On top of that, he has a motive. Yes, Obama has an obvious political interest in trying to hide as much of his administration’s potentially illegal behavior as possible, which means he has an incentive to calculatedly lie. For all of these reasons, it seems safe to suggest that when it comes to the NSA situation, the president seems to be lying.

See the rest:  What if the president lied to us?

By the way, your articles are TOO LONG.  Borrrrrrrrrrrrring.

Pres G.W.Bush Also Targeted “Liberals” With Tax/IRS, ETC. But The MSM Was Too Busy Reporting Water-boarding

The Democrat/Communists have always cared for foreigners over fellow Americans.  So, they should not be crying over this, now.  The Commie/Progressive MSM was more worried about Terrorists being water-boarded over big govt tyranny During the Bush years.

Add to the fact that the ‘Blame Bush’ crowd is usually a diversion away from what BHO does with his big government grabs, daily.   They use the “Blame Bush” tactic to continue Communist/progressive policies.. Bush also targeted political opponents through the IRS according to the article below.  We all should know by now that Bush was wrong, but 2 wrongs don’t make a right.

Seitz Wald, below – is saying “Why was there no GOP interest in the Bush years?”  WELL: I can speak for myself:  I watched the MSM…That’s why. I didn’t have cable. I had to sift the news.   I was not ‘into’ news on the net during the Bush years.  Twitter was a baby as was Facebook.   Both social networking sites were not the power-houses they are now.  Most people I know did not utilize the internet for news until 2007 or more.   SO-You have nobody to blame but yourselves, ‘Liberal’ MSM & selective journalism.  You have not reported  the truth for many years.  You’re complaining because its being reported now? Because of what Obama is doing? And this is your way to allow Obama to continue tyranny?? A “Gotcha” game against fellow Americans because of your own inconsistencies?  Your lack of journalism?

The only ‘news’ I ever heard on TV during GWB terms was Iraq. “War crimes”, “Not in our name,” “Water-boarding”, etc..  Every night, it was Iraq this and Iraq that.   And who reported that?

I don’t remember hearing Rather, Williams or any of the hacks talking about  GWB political opponents being targeted by Bush’s IRS on the 6:00 nightly news Television shows.   To be perfectly candid: It was not until 2003 when I watched an Alex Jones video at home did I even see how big the govt was actually becoming.  So, you are the ones at fault.

“I wish there was more GOP interest when I raised the same issue during the Bush administration, where they audited a progressive church in my district in what look liked a very selective way,” California Democratic Rep. Adam Schiff said on MSNBC Monday. “I found only one Republican, [North Carolina Rep. Walter Jones], that would join me in calling for an investigation during the Bush administration.

The rest from the bloviated SALON: When the IRS targeted liberals 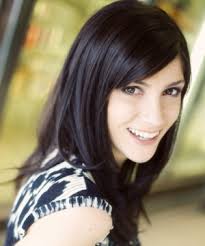