Told You So: CO Shooter A Radical Leftist Named Karl Halverson Pierson Who Was For Gun Control

All of the recent (last 4 years) of mass shootings were perp’d by radical leftists. That’s the facts.  So, any way you look at it, ITS STAGED.

AND: Another life  is snuffed out of America because of ‘progressive’ Communism.

These shootings are perpetrated BY ‘liberals’.   Who then, turn to blame the NRA & patriotic people.  Talk about epic projection.. I am telling you that more of this will happen.  It is happening because they want OUR guns.  They are insane. They want OUR guns because of what THEY are perpetrating.  Communists (Liberals) are terrorists and will keep this up until we submit. Just like Islam. I will NOT submit to this lunacy.

Karl Halverson Pierson was a far left progressive who mocked Republicans on his Facebook page  (Which the leftists have scrubbed) See the link, below for commenters who knew Karl:

More here how they are covering this up: SEE……..

Trying to keep it edited that he was radical:  Denver Post Edits “Socialist” Out of Description of Arapahoe School Shooter

Another story here:  I Own The World… 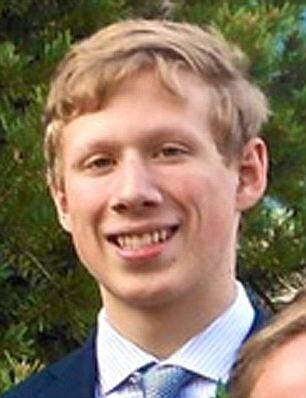 Making fun of drek is what it’s all about in my book.. And that’s just what an apartheid, segregationist deserves.  To be mocked, ridiculed and advised to go back into the shithole he is from.

A vast improvement for a man that got hit hard by the ugly tree..

This is for you, Mike: Wages Are Lower In The South Because… Raaaaacism

A stupid song for the young and the useless…

Rep. Allen West (R-FL) went after Barack Obama again tonight on Hannity. The Florida conservative says Marxist Obama has every right to feel arrogant and that he will not be held responsible for this disastrous policies.

I saw & met this Christian man & his band in the 1980’s.  Their name was “Ruscha.” (The band name) They escaped Communism to come here to America.  At 15 minutes into this video, he explains that America is a Communist/Socialist nation.  My friend was a radical Christian when we went to see this band.. It was amazing to me to watch how this x-Soviet rebuked Christians and they all got up and left the bands testimony/concert, one by one. He hurt their poor feelings..

Well, now you have your Socialism & Communism, Americans.  Soon American Christians & Jews will be slaughtered in the hundreds & thousands.

(If you dont like Christianity, be forewarned that this video is really Christian at the end of it)

Ruscha was a Christian rock band formed in the mid 80s, by two Siberian immigrant brothers Nikolai and Peter Pankratz who escaped Communist Russia, then testified to the plight of their fellow believers after safely reaching the USA, where they formed a band at Liberty University in VA.
At first, the band released three albums under the name “The Russians” (The Russians, I Want To Talk To You & Love Forever More).
The band underwent a name change for the fourth album called “Ruscha” Testimony in 1987.
Their fifth & most popular album was “Ruscha” Come Alive which in 1988 rose to moderate success. The album included the song “Come Home”, which went to #4 at Christian radio in the US in 1988.[1] The original album (defunct Pan-Trax Records, Inc. in Dickson, Tennessee) has been long out of print, but a CD was re-issued in 1996 on an import label (Victor Entertainment, Inc. in Tokyo, Japan). This newer version doesn’t have the printed lyrics the US version had, but does have all the same songs in English and cover art.
Their sixth and final album was “Ruscha” Invisible Hands in 1992. This album was very rare because it was entirely sung in Russian.
Three of the members of Ruscha (Andy Denton, Mike Jacobs, & Billy Williams) went on to form Legend Seven in 1990 by Word Records. Andy Denton created the two solo albums Midnight Of Hope in 1999 by KMG Records (Nashville, TN), and 50 Years From Now. Andy Denton was also half of Identical Strangers (Damascus Road Records) with Randy Thomas (Allies & co-writer of Butterfly Kisses (song)) in 1995.

Tonight I want to address my comments to our senior citizens.
We know who y’all are because you are draining the resources from the stupid government PONZI SCAMS known as Medicare and Social Insecurity. This is money that I need to provide free health care to my supporters and to millions of people who are coming to the United States to become new citizens and will support by candidacy to become dictator for life .
THIS IS VERY IMPORTANT –Please visit your friendly mortician today and arrange your funeral. If you are running short on money, don’t you worry your silly little head because I already asked sweet Barney Frank to introduce a bill in the House of Felons for a new government program that will provide a low interest loan to you to cover your burial arrangements, (the sooner the better).
Now please understand that the moment I sign Obama Care that my CZAR in charge of Health and Human Services will immediately establish death panels in every American city. They will be given the awesome responsibility to determine if your life is worth the cost of providing y’all with expensive medical treatment. Of course not.
Most of y’all are damn white devils anyway. Therefore sweeties please take care of your funeral arrangements immediately you hear.
Thank you on behalf of Michelle, ,the Bolshevik Communist Party, the Black Muslims, the Nation of Islam, the NAACP, my mentor  Rev. Jeremiah Wright, and sweet me, your President who you were stupid enough to elect.
Toot toot,
Barack HUSSEIN Mohammed Obama

President of the Socialist Republic of America

Come on- lets GET A GRIP HERE—>>”Fabian?”  lol…please…FABIAN was a CUTE singer from the 50’s- women DROOLED over the cutie-pie…he shook his pelvis, combed his hair with GLUE..and had cutie-pie lips, and adorable face—SIMPLY put:

OBAMA AINT NO FABIAN.  {maybe he sings better than Fabian??}

He’s a FASCIST with yes-we-can-kill-ya- tendancies, if you DISSENT, by passing UNLAWFUL “laws” against Patriotic DISSENT.

Obummer AINT no Fabian–trust me…see for YOURSELF:

Topics: Political News and commentaries
The Fabian Society was the British counterpart of the German Marxian revisionists and heavily influenced by the English Historical school, the upper-middle-class intellectual group – the “Fabian Society” – emerged in 1884 as a strand of latter-day utopian socialism.
http://www.hyscience.com/archives/2008/11/barack_obama_a_1.php