Remember How The DNC Just COULDNT Allow The Transition In 2000?

But, I remember election 2000. Democrats, whining, crying, screaming, throwing fits as the GOP sat back and allowed them to—as usual in the 2000 Bush vs Gore election.

The Democrat party put the nation through a bunch of riga-maro in 2000 over 537 votes. How much more now that there are hundreds and hundreds of thousands of REAL fraudulent votes? But, of course, the DNC does not care unless it is in their best interest: 30% Of Dems Believe the 2020 Election Was Stolen But Don’t Care.

‘I happen to surf the net a quarter of my day. I have come to the absolute, positive conclusion, that liberal minorities cannot handle having a black president.

It is the truth. They cry, whine, and the posts that they write are so childish, it’s pathetic. They can’t handle Obama in the office without going insane when we criticize his insane progressive policies, that have ZERO to do with his blackness.

If they were past all of their OWN racism, they would want Obama treated as any other man that is upstanding, and the men that were REAL Prez’s before him that were WHITE.’ 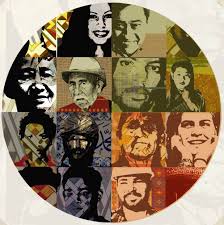 All of these minorities that are now in charge don’t care about country, they care about agenda.  If it is the Mexicans, they want illegal, law-breakers to have rights and be citizens. They want to give to their people from south of the border, something they never worked for.  If it is the blacks, they want ‘reperations’, from a nation, where most of our people did not even arrive until a long time after the civil war. If it is the Jews, they are concerned about Israel & think, in their screwed-up minds that America is a “NAZI” nation, even though we have NEVER needed anti-semitic laws.. The Israel, Mexican & Black lobby in this nation is disgusting.  There is NO lobby for plain ‘ol fashion apple pie Americans. Look at the recent, for ie. @ Savages website: With a whine and whimper, a presidency splits a seam

The lies that people tell on this blog would make your head spin too. Just to prove some idiotic, anti-American point, even one little left wing “Jewish” snot rag (who eats Kosher, and that makes her a ‘good Jew’)   pretends that her husband makes 7 figures working for the D.H.S., a ‘model’ for Stop Staring clothing, (in fact, she is the model, Bernie Dexter, herself, even though Bernie is about 31 years old-eyeroll..)  and her parents that were in the Holocaust, even though she is 24 years old.   ~We save all of these lies, too.  It is sick how these jackasses operate.   Another left wing loser Jewish guy says he lives in Israel to prove points, yet his IP is in Saratoga, NY- he is a ‘religious liberal Jew’ if this makes sense, (you know, pro-baby murder, fag marriage.. sure..)  A black man who thinks that Obama is the Messiah, and DO NOT talk about his Messiah. Another idiot that I kicked off of here, who stalked me for weeks, then put my blog on Craigs List (which gave me more readers) until I had to make his IP public. They CANNOT HANDLE this black person as prez, they cannot handle a minority liberal black in charge, honest discourse is not an option to these losers.

The despicible snot-nose, elite libo/Marxist, Chuck Schumer whined during Sotomoyors hearings, crying in front of the whole nation, so happy that a Hispanic would be elected into the SCOTUS. He didnt care if she was a La Raza Mexican Brown Supremist, he didn’t care that she threw an innocent AMERICAN WHITE man in prison for 17 years. He cared that she was a minority like him, and ‘yay, we will have a minority as SCOTUS!’.   He cares nothing for this nation, even for the Mosaic-Judaic Laws (10 Commandments) being intact, and this nation retaining its Christianity, which Sotomayor has NO intention of upholding as does not KAGAN THE PAGAN .   What a pathetic joke for a senator. SEE:  YouTube – Chuck Schumer’s Emotional Outburst at the Sonia …

The Racist, Black Panther lovin,’ Uncle Toms at the NAACP scream and cry racist, like the thin-skinned little pussies they are, and the first broad of the W.H., weeps along with them. This is disgusting. Imagine enemies and what they think of this fine display of absolute brattiness… A once great nation reduced to people that beg, moan and groan if they dont get their way. Finally, Breitbart, tired of the serial, phoney-ass,  race baiting,  told the NAACP to “Go To Hell” Amen. Journalist insists black leaders – not tea partiers – are real ‘racists’

Media Matters are the biggest babies in the planet, they are like little children, “If we don’t like what you say, we’ll just call your sponsers and destoy your life!” Whaahhhhhhhh!! ……….I wonder what they would do, if the same assault to destroy their lives happened to them, how would these insane buffoons think?  Yes, I know, its NOT facsim when THEY do it..Well, its never too late to destroy them, when we REAL AMERICANS get back in power……..Breitbart offered $100 Grand to ANYONE that could bring some type allegations for the holy grail “N” word being said at a protest against NAZI-care bill, nobody has answered the call, yet, here is MMFA, crying like the little bitches they are:  Right-Wing Media Attempt To Erase “Bigoted Statements” From The Tea Party Movement

Well, this website has had just about fucking ENOUGH of you pathetic little Mary Poppins bitches and faggy ass bastards- that should be thrown out and deported to some Commie 3rd world shit hole, that you hail to. Get out of our country if you can’t take the politics, go to Africa, go to some middle east ghetto, go to Mexico, just GET OUT- BYE BYE.